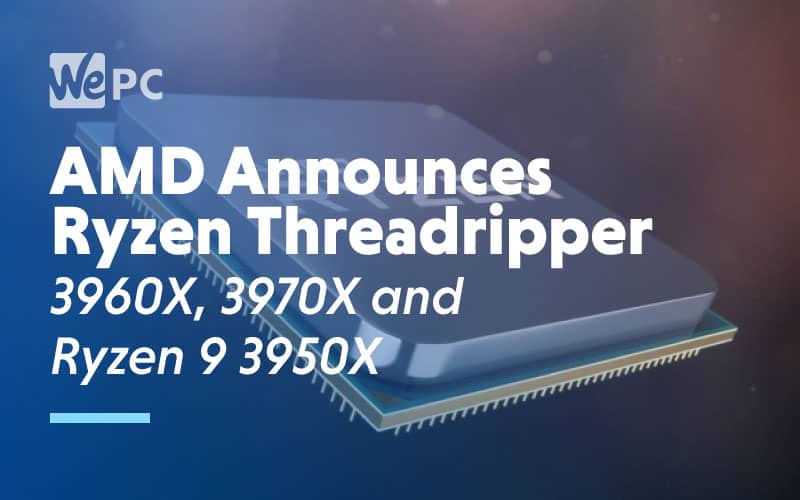 Big news arrived from AMD today. AMD has unveiled its new 3rd Gen Threadripper SKUs. We’ve first of all got the Threadripper 3960X and 3970X models and then the long-awaited Ryzen 9 3950X.

Both processors will feature higher clock speeds and more PCIe lanes than those in the 2nd generation lineup.

What Are The Specs Of The AMD Threadripper 3000 Series?

The first Ryzen Threadripper model is the 3960X. This new Ryzen model is a 24-core processor that has a base clock speed of 3.8 GHz and a turbo clock speed of 4.5GHz. It comes with a 140MB cache and will be priced at $1399 USD.

Moving up the scale, the Ryzen Threadripper 3970X is a 32-core processor. This has a base clock speed improvement of 3.7 GHz but has the same turbo clock speed of 4.5GHz.

Featuring 8 more cores and 4MB cache – you will have to pay a grand total of $600 more for this version.

Both of the above models will be available on November 25th. 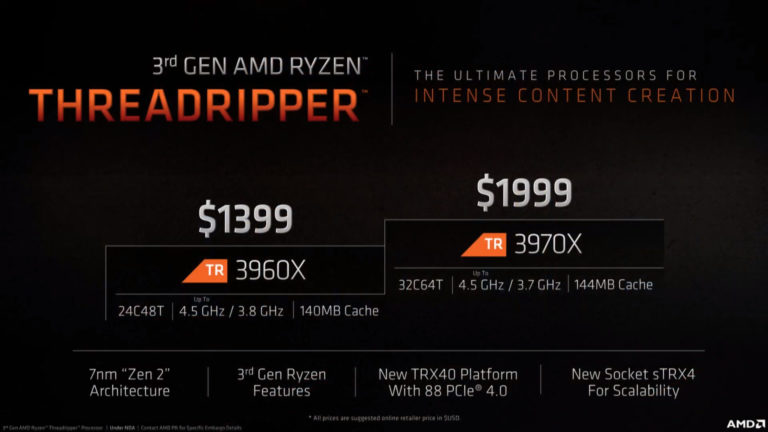 For details on where to get your hands on AMD’s 3960X and 3970X, take a look at our recent post on the best places to buy.

This has been a highly awaited chip from way back when AMD announced its 3rd Gen Ryzen series. AMD announced that the 16-core Ryzen 9 3950X will finally become available on November 25th.

The Ryzen 9 3950X features a 16-core AM4 processor. This marks the first processor for a mainstream platform to contain this number of cores. The silicon will feature a relatively low 105W TDP and 72 MB of L1 and L2 cache. Priced at $749 USD, this looks like a worthy contender in a head to head against Intel Core i9-9900KS.

It looks like AMD has got a lot to offer us by the end of the month. We’re looking forward to seeing how these new chips will perform.