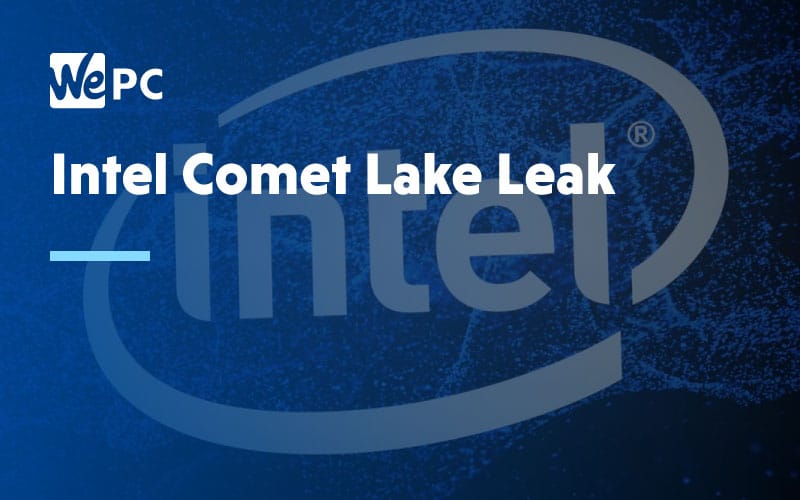 The lineup of Intel’s Comet Lake-S processors has recently been revealed in a major leak. This leak details the full line-up as well as providing information on just how fast some of the chips will be.

Whether or not these leaks are genuine or not remains to be seen. If they are true though, they give us a great deal of insight into just what Intel has to offer.

What Do The Leaks Tell Us?

It appears that Wccftech has managed to get hold of a number of Intel slides which seem to reveal a fair bit of information on gains they have made when refining the 14nm++ process used for their 10th-generation desktop processors.

There also looks to be hyperthreading throughout the range of 10th-gen desktop CPUs. The Core i3-1011 is a quad-core with an alleged base clock of 3.2GHz with Turbo up to 3.8GHz.

The Intel Core i9-10900 chip will apparently run with a base clock of 3GHz and Turbo of up to 5.1GHz. It will also supposedly have 20MB of cache. Finally, the dual-core Pentium CPUs and Celeron processors won’t support hyper-threading.

Some other things in the leaked slides gave us some insight into supposed performance gains. If this all pans out to be accurate, users can expect an 8% improvement in Windows applications when compared to the 9th-generation CPUs.

Comet Lake-S will be able to support up to 40 PCIe 3.0 lanes and will come with a new CPU socket. This will require a motherboard upgrade but the purported gains will quickly outweigh the costs.

Multi-threading and power consumption will also receive a boost. The compute performance in multi-threading will have an 18% increase and the TDPs will be 65W down for this range of chips.

From what we’ve seen on these leaked slides, if they are accurate, they could spell great news for Intel. It all comes down to how Intel decides to price these chips once they release, if they give a good rate of price to performance then these CPUs could become very popular.

With AMD’s Ryzen processors getting seemingly more impressive by the day, if these Intel leaks prove to be accurate, this could help pull back some prospective buyers.