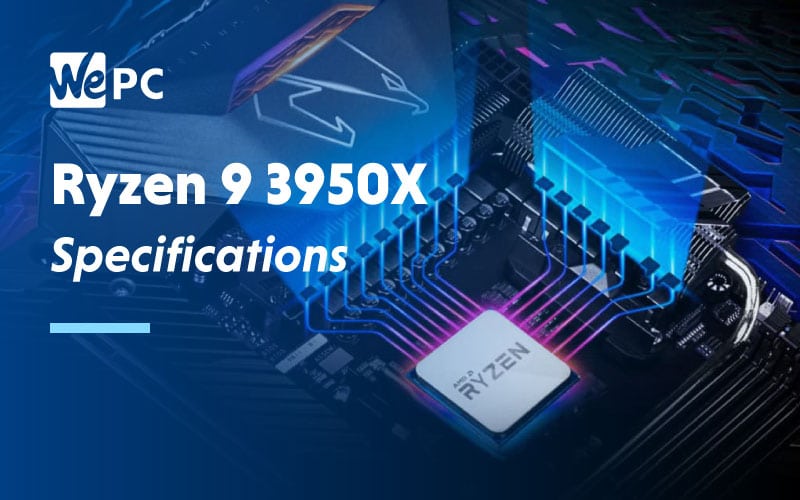 In a series of announcements this month, AMD has announced that its flagship processor, the Ryzen 9 3950X will arrive on the 25th of November. This wasn’t the only announcement they had up their sleeves though – AMD also shared the launch of another processor, the Athlon 3000G.

The AMD Ryzen 9 3950X will be based on the 7nm Zen 2 core architecture. As well as this, the 3950X will offer up 16 cores and 32 threads, the first time we’ll have seen this configuration on a mainstream platform.

For those wishing to overclock, the Ryzen 9 3950X will be of a soldered design that should allow for better thermals to be delivered. AMD has let its users know that this CPU will work best alongside a liquid cooler rather than an air cooler – so keep this in mind if you are building a system around this processor.

For a CPU of this level, we expect to see some pretty impressive figures to match its price tag. Comparing the Ryzen 9 3950X against the Intel Core i9-9900K, we can see that it completely outclasses this processor with gains of up to 79% increased performance.

AMD has also managed to close the gap of gaming performance with reports of them getting close to Intel’s CPU gaming performance. The 3950X has been shown to be on par and in some cases greater than the i9-9900K when running several titles including Fortnight and GTA V. We’ll have to wait until the official release for more in-depth figures but this looks impressive so far.

Aside from base performance stats, AMD also boasts some pretty impressive power efficiency figures with the Ryzen 9 3950X offering up to 2x the performance per watt when again compared to Intel’s i9-9900K. An eco-mode has also been introduced which allows for lower power draw and lower temperatures without too much performance loss.

When Will We See It?

The AMD Athlon 3000G has also been announced to drop on 19th November for the low price of $49 – a great option for entry-level systems. This will be an unlocked 2 core, 4 thread processor.

With so many options available from AMD lately, as well as a massively competitive pricing structure when compared to Intel, AMD may start to become the go-to choice for new systems. Also, with the gaming performance figures now starting to match Intel, there doesn’t seem to be many great reasons to resist purchasing one.