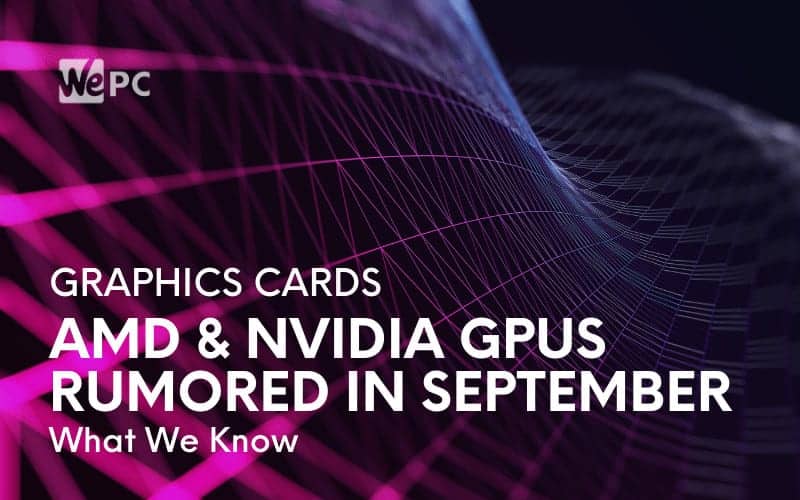 AMD and NVIDIA are set to launch their next-gen graphics card in September, according to the latest report. The news comes courtesy of Taiwanese news outlet DigiTimes in an article published yesterday.

DigiTimes explains that third-party GPU vendors are gearing up to liquidate their stock of older-gen cards in anticipation of the launch of AMD and NVIDIA’s lineup of next-gen GPUs in September. DigiTimes reports that this will lead to price-cuts on currently available products as a way of stimulating demand for the new GPUs come Q3 2020.

As VideoCardz points out, the wording is particularly revealing in the sense that it doesn’t refer specifically to gaming GPUs. Keeping in mind that NVIDIA already unveiled its Ampere Tensor Core during the GTC keynote earlier this month, this leaves only the next-gen Ampere GeForce gaming GPUs. This implies that September’s launch relates to the 3000-series GeForce cards.

On the AMD front, the picture is a little murkier, as next-gen GPU could refer to AMD’s CDNA-based ‘Radeon Instinct’ Arcturus GPU to rival the recently announced NVIDIA A100 as well as the promised launch of the Big Navi gaming GPUs by the end of 2020. With AMD initially planning to unveil Big Navi at Computex before the coronavirus pandemic derailed its plans, a September announcement seems likely, especially as Computex organizers have penciled in a rescheduled event for that very same month.

Additionally, the use of the word ‘launch’ suggests the product will be available for purchase from September with an announcement possibly on the cards in the months beforehand, presumably sometime during the summer months.

It’s also worth considering that there’s been a ten-month gap since both AMD and NVIDIA launched new gaming GPU products, and based on previous release patterns, the timing seems more than ideal for a new batch of cards to hit the market. A September release would align suitably with how both companies have staggered launches in recent years, including the GeForce RTX 2000-series and the most recent Radeon RX cards.

We’d recommend approaching this with the requisite amount of caution short of official confirmation from AMD and NVIDIA, which, if the report is accurate, shouldn’t be too far away.