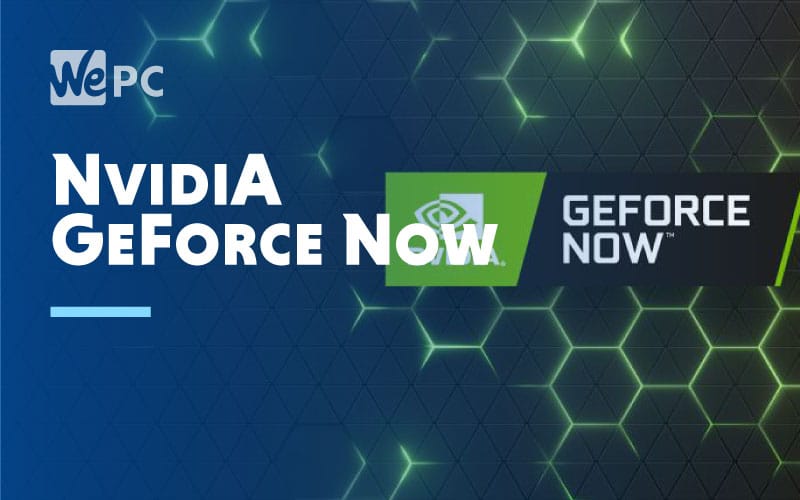 Nvidia’s anticipated GeForce Now cloud gaming service is finally out of beta and has jumped headfirst into the market. Already providing a compelling challenge against Google Stadia, GeForce Now is offering a subscription for just $5 a month.

Nvidia’s GeForce Now has been in beta for a long time so it’s great to see it finally launch. However, it’s only available to North American and European gamers at the moment but we hope that’s extended out to everyone eventually.

What Is GeForce Now?

GeForce Now is a new service that aims to transform any PC, Mac, Android or Shield TV into a powerful gaming rig. The aim is to allow gamers to play across devices with a cloud-based game library.

If this sounds familiar, you’re probably thinking of Sony’s PlayStation Now, Google Stadia or the upcoming xCloud from Microsoft. It appears that the cloud is still well and truly the future of gaming.

What makes Nvidia’s GeForce Now a bit different from competitors is that it will use your existing library of PC games you can then play anywhere. You won’t have to buy new games to play over this service or subscribe to a catalog of games.

When you log into your GeForce Now account, you will be able to download many of your existing game purchases to your cloud account and then sync old saves on other devices so you can pick up where you left off on a completely different device.

Nvidia is even upgrading the cloud servers with ray tracing-capable RTX server graphics cards. This will mean that you can play a ray-traced game on your Android phone if you want.

Interestingly, GeForce Now works with Steam, Battle.net, Uplay, and the Epic Games Store so you will be able to use instances of these in your GeForce Now account.

What Do You Need To Use GeForce Now?

All you really need for GeForce Now is a good, strong internet connection and to not live too far away from Nvidia’s servers. At the moment, there are nine data centers in North America and six in Europe.

Nvidia is still testing connections in areas in Asia but they haven’t made any announcements yet about extending the service.

Wherever you’re based, you will need a 15 Mbps connection or better. 30 Mbps is required for 1080p streaming but 50 Mbps is what Nvidia recommends in order to maintain the best experience.

What Games Can You Play With GeForce Now?

Don’t get too excited just yet. While you can play plenty of your own games, you won’t be able to bring them all across devices.

Nvidia currently supports hundreds of titles including popular ones such as Overwatch, Destiny 2, DOTA 2 and Fortnite. However, there are some key titles you’d expect to see which are currently missing. Most notably, games from Rockstar, Square Enix, Konami, and Remedy are nowhere to be seen yet.

This could mean there will be no way to play the likes of Red Dead Redemption 2 or Grand Theft Auto V – something which will turn off a lot of potential users.

Besides the downside of the missing games, which is a big enough turnoff, another downside is that your playing time will be restricted. On the GeForce Now free account, you’re limited to just 1 hour of playing time.

On the ‘Founders’ account, priced at $4.99 a month, you are still limited to six-hour stretches. This should be more than enough for anyone but it’s still worth considering.

Another thing that needs to be pointed out is that the $4.99 Founders price only applies to those who purchase the subscription early. It’s still not clear what the regular price will be per month.

Nvidia says that they are currently supporting 600,000 users so far, but they’re conscious of overcrowding the servers and will cut off the deal when they hit a certain number.

While we’re unsure of the final price, the good side is that you won’t have to purchase lots of expensive equipment plus all the games again if you want to use GeForce Now. For those who are hesitant to do just that with Google Stadia, GeForce Now presents a pretty attractive alternative that could end up cheaper overall. However, as soon as we know more details, we will keep you updated.

If you’re undecided about GeForce Now, it’s easy enough to sign up and try out the free account first. You’ll be limited to an hour’s playing time, but it should give you an idea of whether it’s right for you.

Will you be trying out GeForce Now for your new cloud gaming solution? Have you ever used Google Stadia or similar services? Let us know your thoughts in the comments.