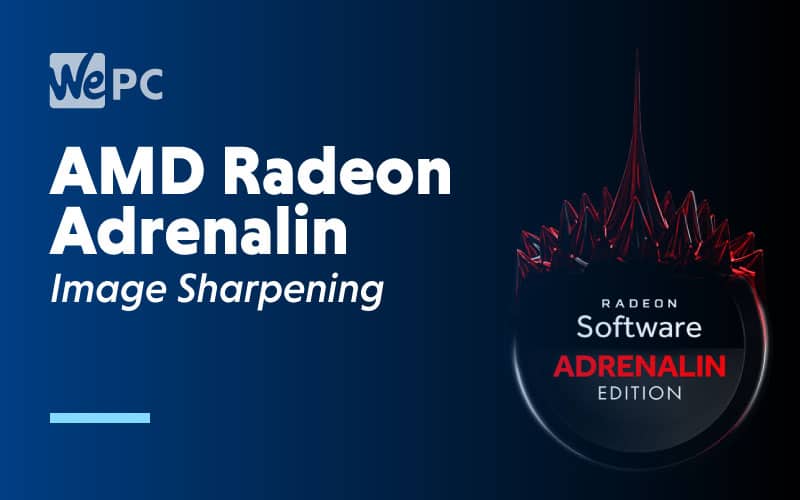 During the launch of the Radeon RX 5700 Series graphics card, AMD’s Radeon Image Sharpening (RIS) was launched to improve image fidelity. The idea surrounding RIS was to allow users to increase the sharpness of an image with a simple one-click solution.

AMD announced that the Radeon Adrenalin 2019 Edition 19.9.2 drivers would be adding support for Radeon Image Sharpening to more of AMD’s graphics cards. The following models will soon support the image sharpening feature: RX 470, RX 480, RX 570, RX 580 and the RX 590.

Customers with any of those graphics cards will soon be able to utilize Radeon Image Sharpening to clean up an image when they upscale or downscale the game resolution beyond the monitor’s default.

However, it’s still worth noting that it only currently works with DirextX9, DirectX12 and Vulkan titles on the Radeon RX 5700 GPUs. This means that Image Sharpening won’t work in the DirextX11, which is the most popular gaming API in use. The RX 400 and 500 Series graphics cards also can’t handle RIS in DX9 either, unfortunately.

Besides the expansion of Radeon Image Sharpening, Radeon Adrenalin’s 19.9.9 promises up to 16% improved performance with the RX 5700 Series cards in Borderlands 3.

AMD has also fixed a number of issues associated with its graphics cards including refresh rates with FreeSync monitors (which previously locked framerates to 30 FPS), corrupted audio clips captured by Radeon ReLive and system crashes caused by enabling Enhanced Sync.

While there are still known issues, it’s always good news to see an expansion on something as big as Radeon Image Sharpening. If you have an AMD card and don’t have the driver already, you can install this through the Radeon Software utility, or simply by downloading it directly and installing it manually

NVIDIA also added new sharpening filters in response to AMD’s RIS – which means that sometimes a little healthy competition can improve performance for everyone. It’s always a good push towards future tech when two of the leading companies are constantly trying to one-up each other!

If you’ve been reading through this only to kick yourself for not having the right graphics card to take advantage of the Image Sharpening feature, there is some good news.

AMD plans to expand Image Sharpening across more of its graphics cards.

AMD has recently announced that Radeon Image Sharpening will also be brought to their Radeon RX Vega 56 and 64 series of graphics cards. They will be offering the latest graphics driver with Image Sharpening for free.

This release will also include some more than welcome bug squashing. Fixes for Sekiro: Shadows Die Twice and a few other titles will receive minor improvements.

The version 19.9.3 driver will also bring support for Tom Clancy’s Ghost Recon Breakpoint, which comes just in time for the game’s launch on October 4th.

Where do you fall on this? Do you prefer the image sharpening results gained on the AMD card or are they so subtle compared to NVIDIA tech that it doesn’t matter a whole lot to you? Let us know in the comments below, as always, we love to hear your opinions!