Home » TV » TV comparisons » Mini LED vs OLED: Which should you buy?

Mini LED vs OLED: Which should you buy?

An indepth comparison of the market's leading display technologies 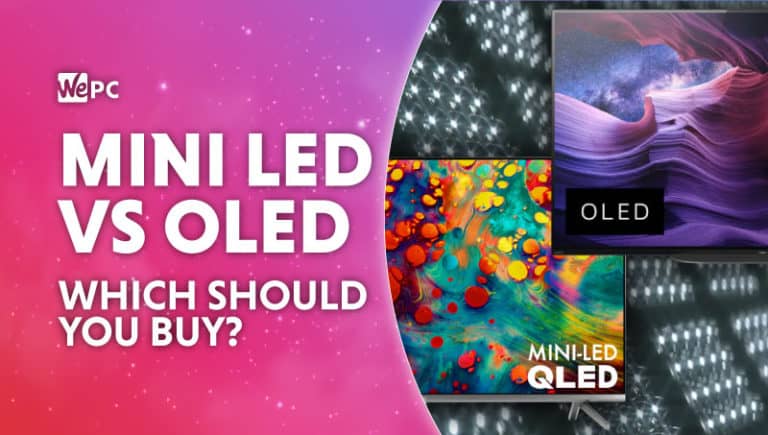 It’s that time of year again folks, the time of year when we pit two of the latest display technologies against each other to see which offers the best mix of visual performance and value. In this article, we’ll be taking a deeper look at the intricate differences that separate Mini LED vs OLED displays – two top-performing display technologies that can be found in the best TVs and gaming monitors.

OLED, by contrast, makes use of a compound fiber layer where the display doesn’t require a backlight at all – with pixels operating independently at the lowest level. Thanks to the nature of OLED technology, displays that use it can display perfect blacks, infinite contrast ratio, and exceptional HDR performance.

All being said, Mini LED vs OLED is an interesting comparison and one that raises many questions. We’ll try to answer as many questions as possible in this guide, comparing all the fundamental differences that separate these two leading display technologies.

OLED, or organic light-emitting diode, is a display technology used in TVs, monitors, phones, and tablets. Unlike traditional LED panel technology, OLED features a carbon film layer that sits inside the display before the glass screen.

Thanks to pixel-level illumination, OLED panels offer up stunning picture quality, colors, and HDR performance. Better yet, thanks to their ability to independently illuminate, OLED panels don’t suffer from annoying blooming or backlight bleed issues either.

What is Mini LED?

Mini LED technology is an enhanced version of your traditional LED panel, featuring a similar (yet more advanced) backlight system. Unlike OLED, Mini LED displays do require a backlight to operate – however, thanks to improved local dimming features, picture quality, contrast, and HDR performance of Mini LED panels is far greater than traditional LED.

The official description of Mini LED is a diode no larger than 0.2mm – however, whether that’s true across all Mini LED products is yet to be established. Regardless, the general rule of thumb for Mini LED technology is, the smaller the better – certainly as far as contrast ratio and HDR performance is concerned.

By offering smaller diodes than normal LED panels, Mini LED displays have greater control over contrast ratio, peak luminance, and HDR. Furthermore, with their ability to increase the local dimming zones of a backlight, you’ll find that blooming and other annoying screen artifacts are much less apparent.

Below are two top-of-the-range displays that use Mini LED and OLED technologies. We’ll quickly go over some specifications, pros, and cons of each: 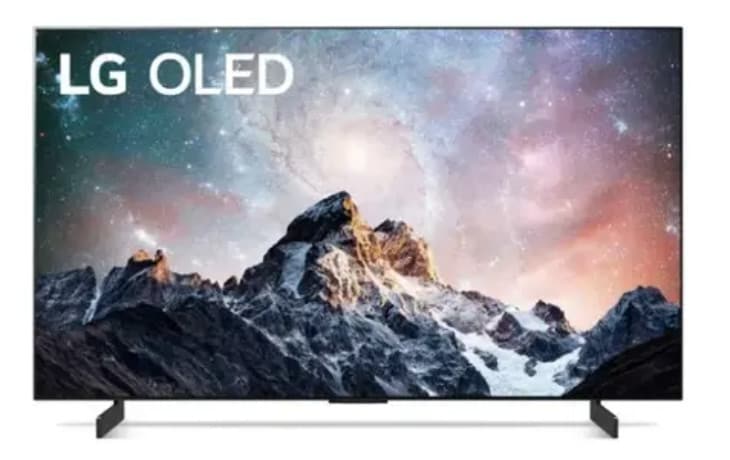 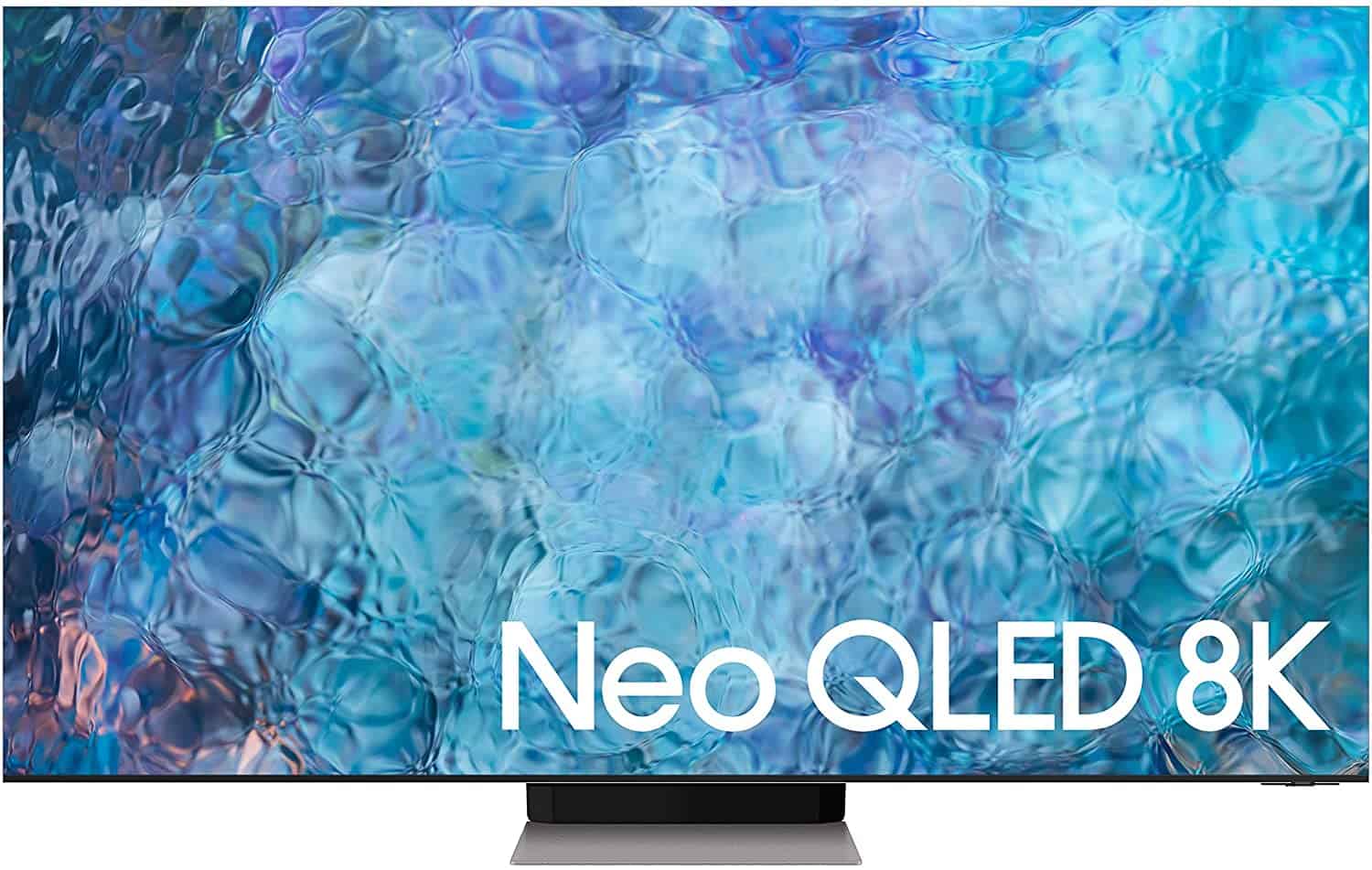 Not as expensive as OLED

Apart from the panel and backlight technologies, there isn’t a great deal that separates Mini LED vs OLED displays. Of course, there are some performance differences, but we’ll touch upon those further down the article.

One of the main factors that help to differentiate Mini LED vs OLED displays is the physical nature in which the pixels are illuminated.

Let’s start with Mini LED. Unfortunately, this panel technology still requires the usage of a large backlight to illuminate its pixels. However, thanks to the design of Mini LED technology, the backlight is split into thousands of local dimming zones – delivering much better contrast and brightness control.

New Mini LED TVs offer up thousands of local dimming zones that can be adjusted independently for a much more realistic and artifact-free visual experience.

In contrast, OLED panels can illuminate right down to the individual pixel. Unlike Mini LED, OLED technology doesn’t require a backlight to function. Instead, OLED uses an organic layer that self-illuminates when a current of electricity is passed through it.

If you want to put that into perspective, you can think of a 4K OLED screen as having over eight million local dimming zones – whereas Mini LED only features around 3000 (at best).

Brightness, or peak luminance, is an incredibly important feature in any display. Unfortunately, OLED displays don’t actually get that bright – with LG’s C1 series only offering around 400 nits of brightness during our in-depth review. Manufacturers behind OLED say that peak brightness isn’t a huge issue for OLED panels because they can theoretically display perfect blacks and an infinite contrast ratio – which is true. However, when it comes to HDR performance and daytime viewing, you do want a certain level of brightness for a stunning visual experience.

By contrast, Mini LED displays offer very good peak brightness as they have a huge CCFT backlight driving light through the screen. Despite this coming hand-in-hand with its own set of annoying artifacts, there’s no denying the benefits it brings when viewing content in brighter conditions.

Fortunately, it’s not all doom and gloom for the OLED – with 2022 offering up new OLED technologies that set out to resolve this issue. LG’s Evo OLED panel looks set to feature a 30% boost in peak luminance over the original LG WOLED display. Samsung and Sony will also implement the latest QD-OLED technology in 2022 that should offer similar benefits. QD-OLED will be a hybrid display technology that merges the benefits of Quantum Dot and OLED – what more could you want.

First of all, when we reference gaming performance, we reference performance specifications such as refresh rates, response times, and input lag – most of which aren’t directly impacted by the panel type used. That said, both Mini LED and OLED technologies offer unique pros and cons when it comes to gaming.

One of the big benefits that OLED displays bring to the table is pixel response time. Pixel response time has a direct impact on the clarity of fast-moving images and perceived blur. OLED technology offers huge advantages in this department when compared to Mini LED as the pixels are controlled by electrical currents – offering sub 1ms response times when using the traditional G2G (Grey to grey) transition.

As far as gaming is concerned, I’d probably just give the theoretical point to OLED technology – however, it’s close, and LED technology is becoming more advanced in this department.

Quantum Dot (or QD for short) is a color-enhancing technology that sits on top of your traditional LED backlight to increase color depth, contrast, and the general vividness of your picture. While not all LED panels feature Quantum Dot technology, the ones that do are certainly on par with OLED displays.

There are similar technologies in today’s market, including NanoCell from LG, which feature similar performance-boosting features.

When it comes to high-ticket products like TVs and monitors, longevity is a huge consideration. In the comparison between Mini LED Vs OLED, there is only one winner in this department.

As Mini LED is effectively an extension to the LCD panel, there is no real issue with longevity. This panel type is often credited with its endurance and picture quality over time – leaving no concerns as far as image degradation is concerned.

Unfortunately, the same can’t be said for OLED displays. As we’ve already eluded to, the ‘O’ in OLED stands for organic and is a real issue for longevity. Over time, the pixels used by OLED panels start to degrade much quicker than your traditional LED LCD panel. This comes in the form of both reduced color accuracy and permanent burn-in – a feature that sees a ghostly image display on your screen even if it’s showing something completely different.

This being said, the latest OLED sets come with anti-burn-in features which basically eradicate any chance of this occurring. However, the organic layer used by OLED panels will forever be notorious for longevity issues.

Manufacturers of OLED panels counter this with purchasing stats for the average user, saying most individuals will have upgraded before the pixels start to degrade on their OLED TV.

While this is a fair point, it still doesn’t fill me with confidence in the reliability of these screens.

At the time of writing this, it’s a pretty close battle as far as price for Mini LED and OLED displays – especially with older OLED variants now being reduced in price. That said, on average OLED TVs and monitors are still more expensive than Mini LED alternatives.

That doesn’t bring value into the question though, and for some, value is a huge factor. When you consider everything on paper, OLED TVs are the superior options – and when you consider the small difference in some model prices, you’d definitely choose the OLED over the Mini LED.

That being said, Mini LED models are much more expensive than traditional LCD panels, meaning they’re slightly less attractive than OLED for now. 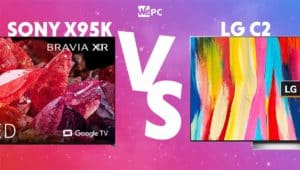 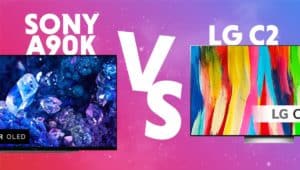 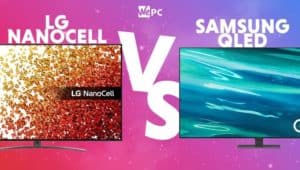 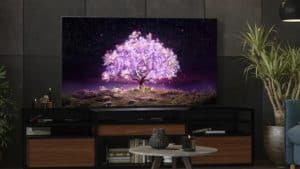