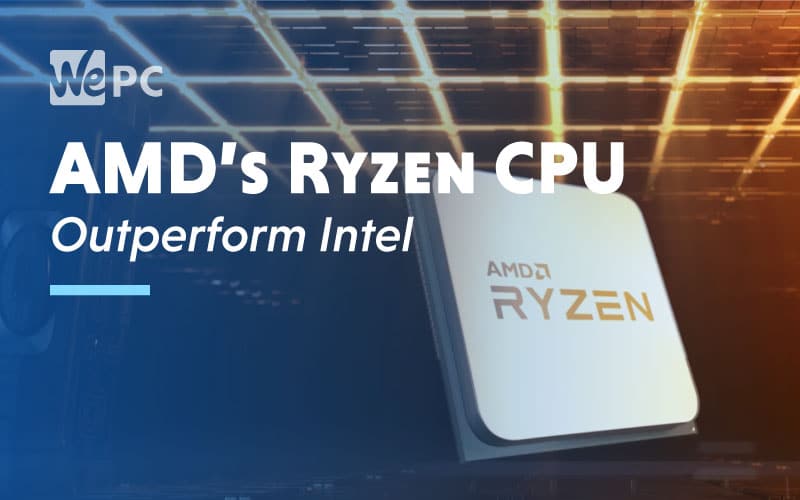 By now, we all know that AMD is doing something special in the processing world. With the recent release of the monster Ryzen Threadripper 3990X processor, confidence is at an all-time high. This success is also resonating well with investors. With processors outperforming their rivals and share prices rising, it’s been a great year for AMD so far.

While any analyst figures should be taken with a bit of caution, the upwards trend for AMD looks very promising. In recent figures published by Mercury Research, AMD has reached a 4% year-on-year increase in laptop processors, reaching a 16.2% market share.

This confidence and belief in AMD is having a positive impact on their share price too. This is great news for investors and research analyst Mitch Steves of RBC Capital Markets believes that these “share gains in PCs will continue to move into the mid-20% market share range”.

With Intel’s CPU stock shortages and AMD’s rising Ryzen sales, the pressure is really on Intel to fight back. Don’t forget, AMD’s upcoming Ryzen 4000 products are set to provide a major performance boost to its users with potentially 20% extra performance to be gained when compared to its third-generation Ryzen processors.

With the financial analyst day set to take place on March 5th this year, we could be in for a few surprises there as well. We may get some more hints on the Arcturus data center GPU or even see the reveal of a new Navi graphics card that will rival Nvidia’s best offerings.

It’s not known how Intel may respond just yet but they will need to act fast. With AMD looking to gain around 30% of the market share in server processors, this cuts a little too close into a market where Intel has been historically dominant.

Intel may choose to solely focus on the CPU market in order to claw a comeback though, potentially cutting prices across the board. This is all guesswork for now though, we’ll just have to wait to see what the future holds.