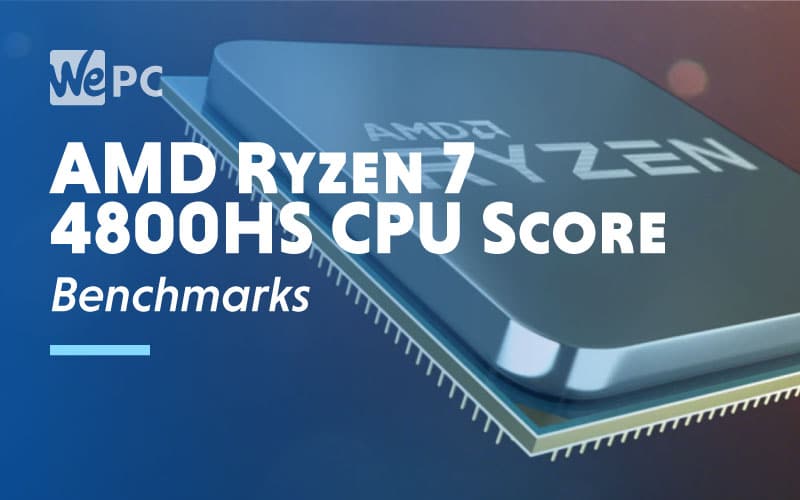 A new benchmark on the AMD Ryzen 7 4800HS has been revealed by the 3DMark Time Spy benchmarks.

The Ryzen 7 4800HS was revealed back when the Ryzen 4000 series mobile APUs was announced. AMD unveiled details about the Ryzen 7 4800H at first but the 4800HS looks like it’s an optimized top-binned 35W version of that. This is thought to be designed for premium gaming laptops.

Details of the Ryzen 7 4800HS were first spotted by Twitter user Tum Apisak and were revealed in the Time Spy benchmarks online.

CPU Score As Listed In The Time Spy Benchmark

TDPs Of The 4800HS Compared To Previous Generations

When looking at the TDPs of the chips mentioned above, things get interesting. The AMD Ryzen 7 4800HS uses a 35W part but the standard 4800H uses a 45W part instead. Even looking at the previous generation, the Ryzen 7 2700X uses a 105W part and yet the 4800HS still comes out on top when it comes to CPU score.

Of course, as this is a leak, the figures might be slightly different when more information is revealed officially. However, this is still an interesting set of information to go off and gives us some hints of what to expect from the AMD Ryzen 7 4800HS.

If we hear more details in the meantime or these benchmarks are confirmed, we will keep you updated.