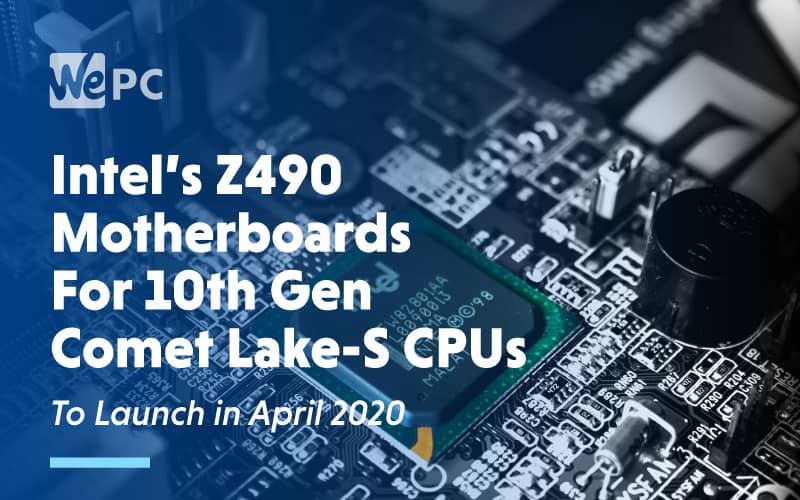 A recent report from industry insiders via HKPEC has revealed some important updates about Intel’s Z490 chipset powered motherboards. These motherboards, set to work with Intel’s 10th generation Comet Lake-S CPUs are expected to drop sometime in April 2020.

These motherboards will be launched as part of the 400-series chipset family. The Z490 model looks like it will be on the high-end of the motherboard series in terms of design.

It looks like the Z490 chipset is expected to be the primary focus of the launch which will run alongside Intel’s 10th Gen processors currently called Comet Lake-S.

What Else Is Featured In The 10th Gen Comet Lake-S Family?

This all we know about what Intel’s 10th Generation Comet Lake-S family will feature so far:

However, Intel will have two different chip types of their Comet Lake series. There will be a 10-core and an 8-core version, based on Comet Lake-S’ 10+2 wafer.

Other chipsets such as the H410 (entry-level), the W480 (workstation) and the B460 (business) will also be featured as part of the series.

It has recently been confirmed that Intel will be using a new socket within their 400-series of motherboards which is due to be released sometime next year too.

Both the LGA 1200 and the LGA 1151 have the same socket dimensions. However, the socket has shifted to the left side and therefore the Comet Lake is no longer compatible with Coffee Lake motherboards.

This means that Comet Lake will indeed transition to a higher-pin count with their sockets and it will not have backward compatibility with legacy platforms.

This is pretty much all we know so far about this chipset, but we can expect to learn more at next year’s CES 2020. More details should be announced at that event, so we will keep you updated on any additional information we have about Intel’s motherboards for Comet Lake-S.