There's a brand-new prebuilt PC range on the block.

Prebuilt PCs are a dime a dozen in the industry, but one of the most prominent brands is Overclockers UK. With a rich history in building quality PCs, the company has just announced a brand-new range named Spectra, which are custom-built PCs with a huge range of price and performance for pretty much any budget. Built using off-the-shelf parts, you can be assured that there will be little to no proprietary fuss, unlike the experience you might get at bigger brands such as Dell, HP or Alienware. With 3 years of warranty, the various systems are split into, you guessed it, a spectrum of colours. All of which allow you to get the right system for your budget.

Kicking off the Spectra line is the Crimson, starting at just £599.99, the Crimson is kitted out with pretty much everything that you’ll need to get kicked off with running some of your favourite esports titles at a budget price. With a Ryzen 5600G APU, this will serve both fantastic CPU power in addition to a modest GPU to run titles like Valorant, CS:GO and Minecraft. Sporting additional goodies like a 250GB SSD in addition to a 1TB Hard Drive, with 16GB of DDR4 memory to top it all off, it’s certainly not a terrible choice for someone looking to get their first gaming PC.

Stepping up from the Crimson comes the Amber, priced at £949.99. This time, you’re getting a core i3-12100F paired with an RTX 3050 in addition to a 1TB SSD and 16GB of memory. This system will be able to run more intensive games, and that GPU will give you access to a multitude of options including the all-important DLSS, which could help you run games even better than before. It’s a really fantastic entry-level option for those serious about gaming, but still want to save a bit of cash.

Up next is yet another step up, and probably the best mid-range system that you can currently build. The Jade prebuilt comes in at £1,149, you’ll be able to expect an Intel Core i5-12400F, in addition to an RTX 3060, 1TB SSD and 16GB of memory. This makes this system really well-engineered to power pretty much any AAA title that you can throw at it, while still not hitting your wallet too hard. It’s a really well-rounded PC that you can expect a good amount of performance from.

The Celeste PC is the next step up and provides an AMD midrange platform, coming in at £1399.99. Sporting a 5600G alongside an RTX 3060Ti, you can expect a really good amount of performance in most titles, with a 500GB SSD, 1TB HDD and 16GB of RAM to top it all off. This system costs a little bit more than the Jade, which is our personal pick for price to performance champion, but you do get a bit of extra oomph in addition to a bit more storage on the Celeste, which should be able to run almost anything that you choose to throw at it.

Getting into the higher-end systems, the Azure is priced at £1999.99 and is kitted out with an Intel i7-12700F in addition to a powerful RTX 3070 Ti GPU, in addition to a 1TB SSD, 500GB SSD and 16GB of memory, making it great for AAA gaming at high resolutions in addition to streaming, or 4K Gaming. This is a really powerful system, and for the price, you are getting an incredibly well-rounded system that is certain to last the test of time, and whatever else you might want to throw at it.

The highest-end Spectra system ‘Indigo’ comes in at £2499.95, and for that price, you are getting an incredibly formidable system that is capable of any task that you throw at it. Packed with an Intel Core i9-12900KF in addition to an RTX 3080, 1TB of storage and 32GB of DDR4 memory, this machine can even handle 3D productivity workloads, 4K gaming and VR all without even breaking a sweat. Your cash goes a long way with this system, and it’s certainly going to last you a very long time.

You can check out all of the Spectra Systems over at Overclockers UK right now. 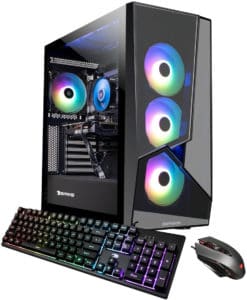 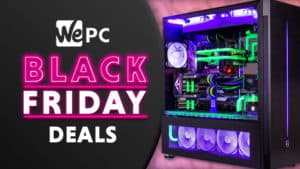 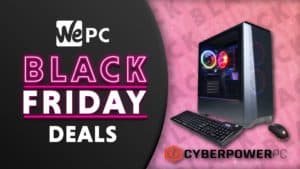 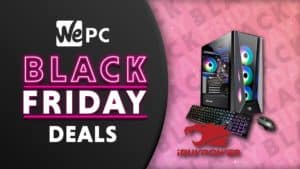