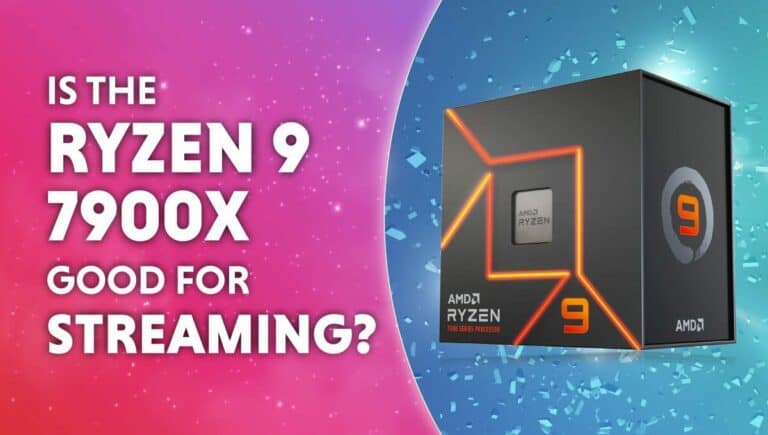 Is the Ryzen 9 7900X Good for Streaming? Streaming requires your CPU to capture and encode your screen constantly. It’s a relatively demanding process – nothing modern CPUs can’t handle, but you may experience a noticeable drop in framerates.

With that in mind, it’s best to have a CPU strong enough to handle both your running game and the streaming software simultaneously. Such a CPU would likely need to have strong multi-threaded performance. Does the Ryzen 9 7900X fit the bill?

The Ryzen 9 7900X is among AMD’s latest and most powerful CPUs, featuring the new Zen 4 architecture. It’s second only to the manufacturer’s flagship, the Ryzen 9 7950X, in raw performance.

Here’s an overview of the processor’s specs.

As obvious from the above specs, the Ryzen 9 7900X is a pretty powerful processor. It has 12 cores and 24 threads, which is more than enough for gaming and productivity work.

Each of these cores runs at a base speed of 4.7 GHz, and the processor can boost a single core to an incredible 5.6GHz under the right conditions.

The processor also has 64MB of cache for quick data access. With specs like these, you’re unlikely to run into a CPU bottleneck no matter what GPU you pair this chip with.

The Ryzen 9 7900X is overall a good CPU for streaming. If you pair it up with a high-end GPU, you’ll be able to stream the most demanding games at the highest settings without a problem.

The new Ryzen will make quick work of any activity that can efficiently utilize its multiple threads. The processor’s single-core performance is no less impressive either, closing in on 6Ghz – but not quite there yet.

Modern CPUs have become pretty powerful – to the point where sheer performance is now not as important as it used to be since your system’s overall output will almost always be GPU-bound.

As a result, factors such as price-to-performance, thermals, power consumption, and compatibility have become increasingly important.

AMD launched the Ryzen 9 7900X in Q4 2022 at an MSRP of $549. Its price has since dropped a fair bit, and you can find it these days for under $500. The CPU received a fair bit of criticism for being overpriced, especially when compared to its competition from Intel. Its current price is far more satisfactory, though.

If you’re looking to stick with team red, the Ryzen 9 7900X is a great choice. It’s the perfect CPU for those who don’t quite want to go all-out with the markedly more expensive 7950X but still want top-notch streaming performance on AMD’s newer Zen 4 architecture.

The new generation Ryzens are not compatible with AM4, you’ll need a newer motherboard with the AM5 socket and DDR5 memory. Making this upgrade will cost you a hefty one-time payment.

However, the upgrade does future-proof your setup for the coming. If you intend on keeping up with tech over the coming years, shifting to the new AM5 platform will likely be worth it.

At a 170-watt TDP, the Ryzen 9 7900X runs hot. A strong aftermarket liquid cooler is necessary to prevent the processor from throttling under high workloads.

The new generation Ryzen brushes past the default 65-watt TDP that’s been around for so long. The processor does offer decent performance-per-watt, but you’ll need a capable PSU.

Overall, the Ryzen 9 7900X is a great CPU for streaming. It’s one of your better options if you’re going with AMD, and manages to hold its own against Intel Raptor Lake’s highly competitive units. 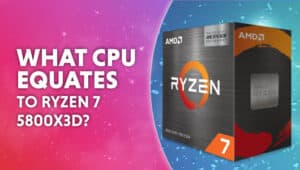 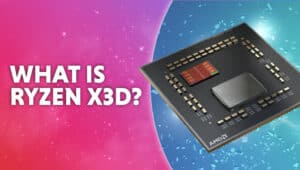 What is Ryzen X3D? 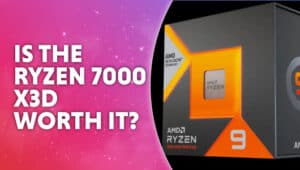 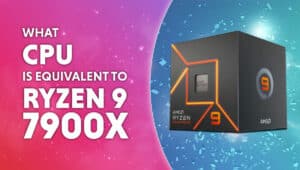