A shine too bright to Tarnish 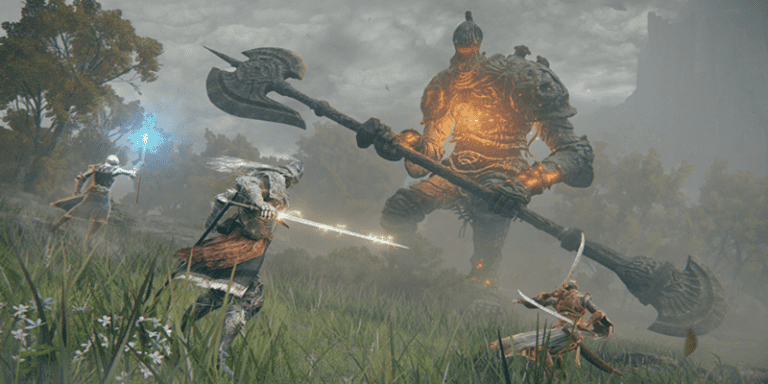 After a longer gestation than fans were hoping for, Elden Ring’s release is finally on the horizon. Following a short delay from its original January launch date, Elden Ring will now arrive on February 25th. Excitement for the two-time Game Awards Most Anticipated Game is building to a fever pitch now that it is almost in player’s hands. And now that the game has gone gold, all that’s left is for From Software to put the day one patch together.

After the Elden Ring announcement in 2019, fans were left to suffer through what felt like an age of darkness. With no updates in sight, they were left to subside on rumours, speculation and crumbs of information. Absent any concrete news of the game, the Elden Ring subreddit took to crafting their own out mythos of shadows and scraps of imagination. It is a testament to the series’ aesthetics and particular use of language that fans are able to conjure something that is recognisably Fromsoft-esque with nearly nothing to go on.

Nowadays, it’s a different story. Elden Ring has been in a state that From Software are comfortable showing off for a while now. Once-starved fans have been able to gorge themselves on trailers, information and network tests to their hearts’ content.

The promise of Elden Ring

In a stark contrast to games that have recently deflated their own hype through promises of absurd longevity, From Software have promised that Elden Ring will take roughly 30 hours to beat. The developer also suggests that the world has much to offer beyond those streamlined 30 hours, for those willing to explore. From Software producer Yasuhiro Kitao spoke at the Taipei Game Show, saying “The game as a whole is quite massive and contains many dozens more hours worth of gameplay, but if we are talking about the main route only, it shouldn’t take much longer than [30 hours].” This ought to satisfying a variety of players, no matter what experience they are looking to get out of the game.

In terms of satisfying a wide spectrum of potential players, From Software also seems dedicated to re-examining its existing formula. To that end, Elden Ring will reportedly work to reduce player frustration, without sacrificing the thrill of challenge and difficulty that is a series hallmark.

Will Elden Ring exceed the hype and live up to the game fans have been building in their heads for so long? A difficult task, but not impossible. Studio Head Hidetaka Miyazaki believes that Elden Ring is From Software’s greatest game to date. Time will tell if the fans think so too.