Sora is here to hit other Super Smash Bros. characters with a big key. 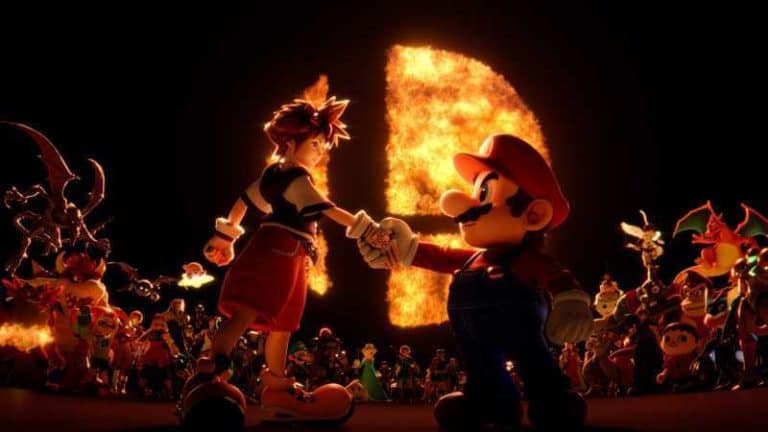 After an intro where developer Masahiro Sakurai mused about just how long development has been ongoing for Super Smash Bros (it started in 1998, so roughly 22 years) he revealed what may be the final Super Smash Bros character ever. We’ll cut to the chase. It’s Sora from Kingdom Hearts, and he comes with both English and Japanese voice options.

A point was also made that he has the most elaborate alternate costumes of any of the DLC characters, featuring eight different style variations from the different Kingdom Hearts games.

Who is Sora in Super Smash Bros. Ultimate?

Sora is the main character of the Kingdom Hearts action RPG series made by Square Enix. Initially a young boy that lives on Destiny Island, he is swept into an adventure with friends Goofy and Donald —yes, Disney’s Goofy and Donald— when his island is attacked by creatures called the Heartless. Wielding the mythical keyblade, he and his friends explore the worlds of the Disney and Final Fantasy stories of the past and try to keep the spreading darkness and the malicious Xehanort at bay.

Masahiro Sakurai joked that Sora shares the same name with his company, Sora Ltd. but in Japanese the name means “Sky”. This is appropriate, as the Smash Bros. version of Sora is quite a floaty character with big jumps. He’s also lightweight, and can easily be launched into the air by foes. Sora has a lot of slow attacks that do big damage and are overwhelming. Sora’s quicker attacks do less damage and are obviously not the main focus of the character.

Gamers previously thought Sora was an unlikely addition because the character is owned by Disney, and not Square Enix. It turns out that the most requested fighter in the 2015 Smash Bros. Fighter Ballot was actually Sora, but Mr. Sakurai and Mr. Iwata decided to keep the result a secret, because of how long the deal would take to negotiate and how much trouble it might cause for people if the deal could not go through.

It appears that the deal was just for Sora and the other Square Enix designed anime style characters, as none of the Disney characters appear in any of the content that has been shown.

With the addition of Sora, Super Smash Bros. Ultimate has an 89 character roster, which is one of the largest fighting game rosters of all time. As Sora is the final Smash Bros character, we’re a little bit sad we may never see Crash Bandicoot or Dr. Eggman in the game officially, but it really feels greedy to even ask for them. We really just hope Mr. Sakurai gets some rest before starting on his next project.

What new songs will be in Super Smash Bros. Ultimate?

There are 9 songs from Kingdom Hearts that will be added to Super Smash Bros. These are the selections:

Square Enix is typically very protective of their music, so these songs are unlikely to be remixes or new arrangements.

Who’s being added as Mii Fighter DLC “Round 11”?

Alongside Sora, “Round 11” of costumes for the Mii Fighter was announced. They are …

These Mii Fighter character item customization packs are available for $0.75 each.

Sora will be added to Super Smash Bros. Ultimate Fighters Pass 2 on October 18, 2021. The Expansion Pass costs $29.99, but you can purchase individual characters for $5.99.

If you haven’t watched the presentation yet, you can watch it below.