Disney Dreamlight Valley will be full of Disney adventures, stories, and customisation as players find their favourite characters and build their village 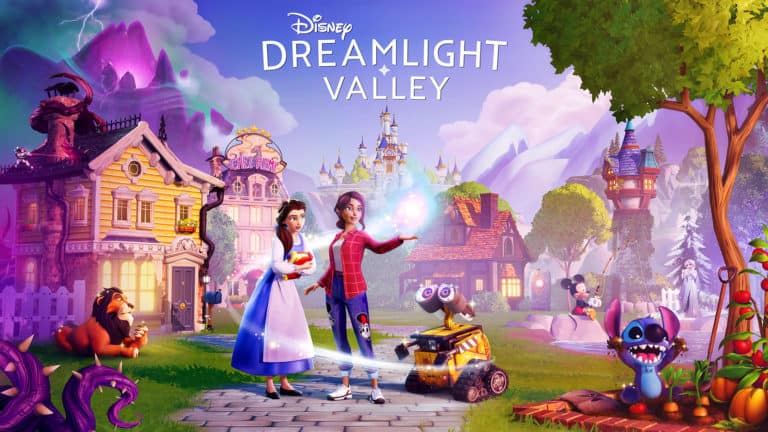 Gameloft has unveiled their latest game, Disney Dreamlight Valley, which will be a free-to-play game. This life-simulation adventure game will have players create a personalised avatar and “embark on an enchanting journey alongside some of Disney and Pixar’s most beloved characters”.

The game will have players arrive in Dreamlight Valley, where they will embark on a quest to restore a once-idyllic village to its former glory. This village is desolate and full of Night Thorns after a mysterious event called The Forgetting. Players will experience diverse realms inspired by class Disney and Pixar worlds as they solve the mysteries and help the iconic inhabitants recover their memories.

With characters from Mickey Mouse and The Lion King through to Moana and Wall-E, players will have a chance to build relationships and friendships with a whole cast of characters, filled with individualised story arcs to follow and activities to enjoy. These include cooking with Remy, from Ratatouille, fishing with Goofy, or growing vegetables in Wall-E’s garden. The trailer also shows off characters from Toy Story, Frozen, and Wreck-It Ralph, as well as old classics like Sword in the Stone, Pocahontas, and Monsters Inc. Not forgetting plenty of Disney princesses, obviously, and my personal favourite, Stitch from Lilo and Stitch.

“Disney Dreamlight Valley will give our fans the opportunity to write their own story and build their ideal Disney and Pixar life within a richly detailed world populated with characters from some of Disney’s most iconic stories” – Manea Castet, Game Manager

Players will also be able to design their village across multiple areas, ranging from the snowy mountains of the Frosted Heights to the Peaceful Meadow. There also seems to be inspiration from old places such as Atlantis and Pirates of the Caribbean. We are promised a wealth of customisation options for avatars, homes, and villages. The game will feature a constantly growing list of princess-inspired ballgowns, Mickey-adorned streetwear, and Frozen-inspired kitchen designs.

Disney Dreamlight Valley is due to launch in 2023, however, players will be able to experience it in Early Access in Summer 2022 by purchasing a Founders Pack or being an Xbox Game Pass member. Players who take part in this Early Access will not only be the first to explore Dreamlight Valley but will also receive exclusive rewards to keep when the game officially launches in 2023.

Fans can sign up for game updates on their website – Disney Dreamlight Valley. The game will be a free-to-play title, with support for PC, Mac, Nintendo Switch, PlayStation 5 and PlayStation 4, Xbox Series X, Xbox Series S, and Xbox One.