Planning on going on a Genshin Impact expedition, well here's all you need to know and more! 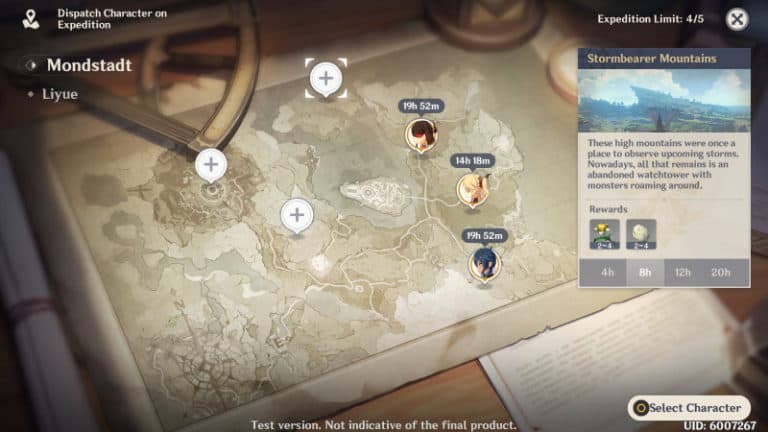 When it comes to gathering material and Mora in Genshin Impact, there are multiple different ways to do so. Expeditions are one of the main methods in which players can get materials or Mora. But in order for you to go on Expeditions, you’ll been to be at least level 14 in Adventure Ranking, which can be assessed by speaking to Katheryne at any Adventurer’s Guild.

Any character besides the Traveler can go on expeditions for 4, 8, 12 or 20 hours. Once they’ve finished it, they’ll return with rewards. If you’re worried about not being able to use these characters, fear not. You’ll still be able to use them in the field whilst they’re on the expedition.

The type of rewards given depend on where the character is sent, and the amount of rewards depend on how long they’ve been out on the expedition for. This timer also counts down even when not playing, so you can leave the game offline and know that your characters are still on their expedition. When you first unlock expeditions, you’ll only be able to send two characters on expeditions at once. But when you raise your Adventure Rank, you can increase your Expedition Limit cap, which will then domino into your being able too send more characters out too.

Certain characters’ third passive Talents reduce their own expedition durations in a specific nation by 25%.