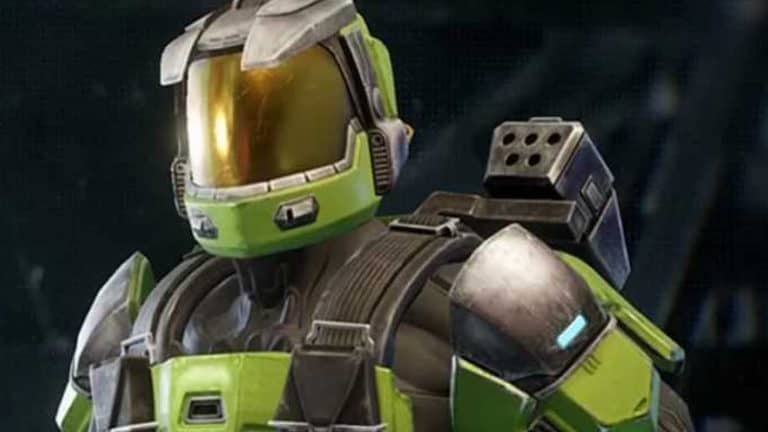 Table of Contents hide
What other Xbox 20th Anniversary items are coming to Halo Infinite?

You’ll soon be able to get special cosmetics in Halo: The Master Chief Collection to celebrate the Halo series’ 20th anniversary. As a cool twist, one of them is the first Spartan armor set  the world ever saw.

Apple founder Steve Jobs originally announced Halo way back in 1999. It was still very early on, and Halo’s developers at Bungie hadn’t decided what sort of game it would actually be yet. After a stint as a real-time strategy game and a brief go at a third-person shooter, the developers teamed up with Microsoft and the game would be released as a first person spiritual successor to Bungie’s earlier hit game Marathon. Steve Jobs even raged at Microsoft employees because of the deal, which is pretty funny, if we’re honest.

Anyway, Master Chief looked very different at that initial game reveal that was held together with clever editing and dreams, and now you’ll finally be able to play as that version of him in Halo 2! Starting on November 3, a range of new Halo cosmetic items will become available to players including that very first Spartan look, in the form of the Orion Armor.

You can purchase any of the 20th anniversary celebration items in-game with your collected season points and you don’t have to spend any real world money. Don’t worry about missing items if you’re short on points either, as 343 have confirmed they will be available again in the exchange menu in the future.

What other Xbox 20th Anniversary items are coming to Halo Infinite?

This is a list of the 20th Anniversary items coming to Halo: The Master Chief Collection in the coming weeks, complete with which version of Halo they’ll be for, and the days they will be available. Most of the new items available are for Halo 3: Multiplayer, although there are also some unlocks for Halo 2: Anniversary and Halo: Reach.

If you don’t believe us, then you can also look at these handy infographics that Microsoft and 343 have released below.

We’re happy to see 1999 version of Master Chief finally make his debut in a video game that the public can actually play, and it’s nice to see bulky OG Xbox items like The Duke and The Beast appear to give some much needed armor to the Spartans as they approach their 20th year of service.

Which Halo 20th Anniversary cosmetic items are you most excited about? Let us know in the comments section below. Like Halo? You may want to check out our recap page on Cortana and find out what’s going on with her while you wait for Halo Infinite.