The update that is bigger than the game it's updating. 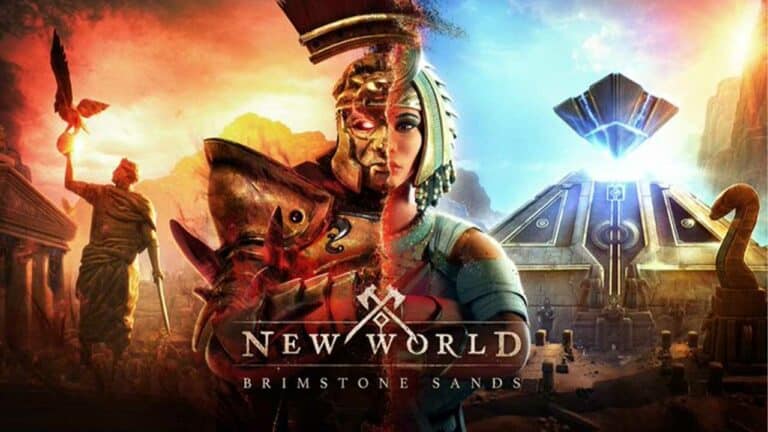 An update to Amazon’s MMO, New World, has just dropped, and it’s clocking in at 55 GB.

This latest update adds a lot of new content to the game, including new areas, missions, and stories to discover.

While the update is nothing to be sneezed at on its own, it’s actually bigger in size than the game itself was before the update.

Read on to discover all about the New World Update size.

New World Update Size Is Bigger Than the Actual Game

That’s right, you read it correctly above. The New World update size clocks in at 55 GB, a huge update for a game that was only taking up around 40 GB on its own.

Effectively, this new update more than doubles the harddrive real estate that the game will take up on your rig. You have to imagine that the update will add a substantial amount of content to the game. Either that, or they’re fixing a lot more bugs than any of us realized existed.

In fairness, looking at the blog post about the update, it seems like the game has been rebalanced a bunch, as well as adding this new content. There’s a decent chance that a fair amount of the fundamental changes are tweaks to systems rather than replacements, potentially meaning the increase in size won’t be that big.

If you’re wondering what is being bought in by this New World update, then you’re not alone. The previously mentioned blog post lists off some of the more important features, namely, the inclusion of an entire new area, several new missions, a new expedition, and a bunch of tweaks and fixes to the ‘beginner experience,’ whatever that means.

By far the most significant part of the update is Brimston Sands, a new area populated by the Roman Legion. This area is filled with new things to explore, and also adds a substantial amount of content to the game in the form of new missions and narrative moments.

There’s also the new expedition (basically 5-player dungeons) called the Ennead Expedition, which tasks you with taking on some Egyptian gods and restoring the rightful rules to the throne.

If you’re not into the game yet and have been thinking about trying it, this new update is for you. They’ve completely rebalanced the opening hours of the game, listening to player feedback on the pacing of quests and similar QOL improvements.

How big is the latest New World Update?

The latest update clocks in at a whopping 55 GB for the update alone, which is bigger than the base game itself at this point.

What is being added in the New World update?

There are a lot of changes coming to the game, but the three biggest take-aways from the update are these: