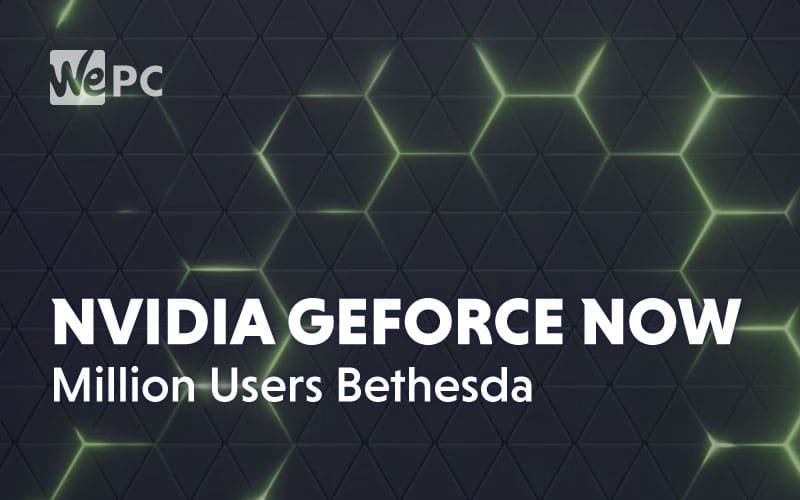 There was some good news and some bad news this weekend as Nvidia announced that its GeForce Now service has passed the 1 million player mark. Unfortunately, they still have a rocky road ahead of them, as Bethesda is the latest company to remove their games from the service.

This milestone was announced in a recent blog post, and Nvidia revealed that these 1 million players had either signed up for a Founders membership or a free plan. With GeForce now still finding its feet, this is promising news for the future of the platform.

After a couple of disappointing dropouts from game developers lately, Nvidia will have let out a sigh of relief that their player base is still growing. This is hopefully something that will help sway developers to reinstate some of their most popular titles back onto the service.

The Future Of The Service

We don’t quite know what the future will hold for the GeForce Now service. While we are excited that we will be able to play the upcoming Cyberpunk 2077 on the platform, this is slightly tainted by the fact that more developers are removing our favorite titles from the service.

GeForce Now simply lets its subscribers play games they already own through the service. This means that gamers don’t have to purchase the game from Nvidia before they play. We don’t know if this is the problem so many developers seem to be having, but with Bethesda being the latest studio to pull games from the service, we hope Nvidia finds a solution fast.

What Titles Have Been Pulled?

Thankfully, not all Bethesda titles have been removed from the service. The lone title that remains is Wolfenstein: Youngblood, which is some good news at least. However, the likes of the Elder Scrolls and the Fallout series are now unavailable, as is the Doom franchise.

This isn’t the best news for gamers looking to try out the service, especially as we have already seen the likes of Overwatch, Sekiro: Shadows Die Twice, Hearthstone, and the Call of Duty franchise removed from the service.

We know that Activision Blizzard titles were removed from the service due to a misunderstanding regarding the availability of the games after the 90 day trial period is over, but we don’t yet know the cause of the Bethesda removal.

The release of Cyberpunk 2077 should hopefully be enough to keep the player base growing, but we’ll just have to wait and see what the future holds for the rest of our favorite titles and hope we don’t see more removed.