Everything we know about Overwatch 2’s new Heroes, including Sojourn

We have plenty of information on Sojourn as Overwatch 2 goes into beta, but there are also rumours of more Heroes on the way including the Junker Queen. 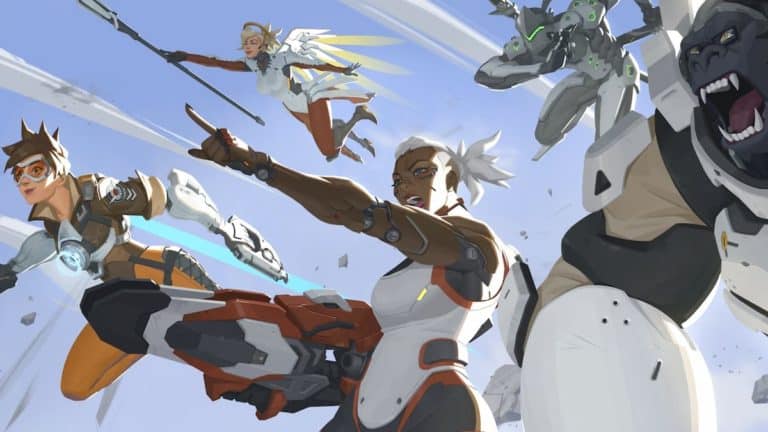 Overwatch 2’s beta is on the horizon, and with it comes an expectation of new Heroes to join the roster. First up is Sojourn, who is already part of the roster and ready to play in the beta. Blizzard has shown gameplay for the 33rd Overwatch Hero, as well as giving a rundown of Sojourn’s kit in a blog post.

Sojourn’s primary weapon is her Railgun. The primary fire is a projectile that generates energy on a hit. This energy then powers her secondary fire, which is a “high impact shot which consumes stored energy”. The goal with Sojourn, explains Senior Hero Designer Josh Noh, is for “a mid-range hero that rewards accuracy” as “the more accurate your aim, the more effective you’re going to be with her Railgun” making Sojourn a difficult Hero with a high skill ceiling.

Her first ability is Disruptor Shot, which is an AoE ability that can snare and damage enemies. By making opponents immobile, this can then be used with her Railgun to easily charge the secondary fire. Original designs had Disruptor Shot shred barriers or slow enemies, but the designers settled on giving her an easier shot with her secondary fire.

Power Slide then gives Sojourn mobility. “It’s a rocket-powered slide that can be canceled into a high leap at any time”, allowing Sojourn to reposition and easily escape danger. “We wanted to add a vertical element to her kit to enable her to quickly access high-ground vantage points”, explains Noh.

Rounding things out for Sojourn is her Ultimate, Overclock. Once activated, Sojourn’s Railgun will charge automatically for a short duration and allow her shots to pierce enemies. This will allow her to quickly tear through enemies, and is being compared to a ranged version of Genji’s Dragon Blade, it can either be a big play or a complete whiff.

The Junker Queen has been rumoured and hinted at since the release of Junker Town, but this Reddit user seems to have spotted a leak of her abilities. Obviously, these are all rumours and leaks, so could be factual or complete fiction.

Her primary weapon is said to be a Scattergun, which will essentially be a shotgun. Junker Queen will also have a Serrated Blade, which will passively apply a bleed to enemies when she uses her melee attacks. She will also be able to throw the blade and can reactivate the ability to bring it back like a boomerang.

She will also gain supportive abilities with a ‘Rallying Cry’, which gives a speed buff and gives allies bonus health. She is also said to have an Adrenaline Shot passive, which has confusion due to the translation. One understanding is that she can heal the damage done from bleed-like effects such as fire damage or poison damage, others seem to read it as she can convert the bleed damage from her Serrated Blade into healing.

Due to the heavy amount of bleed effects, and that her Ultimate will have her healing herself, I’d argue that her Adrenaline Shot will likely heal the Junker Queen based on the bleed damage dealt, similar to how Briggitte heals when dealing damage. There is also a mention that the Scattergun will have a different use to normal guns, so could be adjustable spread or reload bullet-by-bullet.

A final, less founded, rumour is Magnus. Spotted by players in Colosseo, a statue bears the name Magnus. While many question this rumour, since the game has plenty of statues, Overwatch is missing an Italian hero and this Magnus clearly has a connection to Rome. He is also well styled, wielding a large sword and a large size which would make him a perfect fit as a melee tank. Obviously, Magnus may never see the light of day as a Hero, but it is an interesting rumour and seems somewhat plausible.