PoE Archnemesis challenge league mechanic: What does it do? 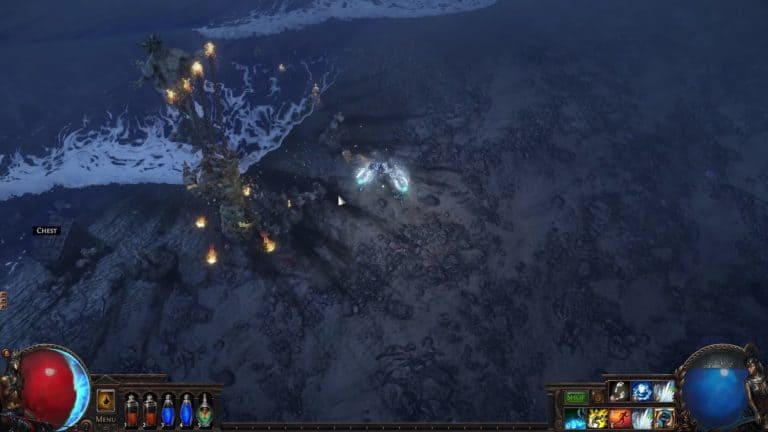 Table of Contents hide
What is the PoE Archnemesis Challenge League mechanic?

The PoE Siege of the Atlas stream is over, and Grinding Gear Games had a lot to say on the new PoE Archnemesis Challenge League mechanic. There’s nothing too convoluted about the new league mechanic since there’s plenty of stuff coming in the new Siege of the Atlas end game rework. So, what exactly is the new PoE Archnemesis Challenge League mechanic, which sunsetted the current Blood Crucible league? Here is a quick summary of what was said during the live stream from the devs on January 27/28.

What is the PoE Archnemesis Challenge League mechanic?

The PoE Archnemesis Challenge League mechanic is a map modifying mechanic that grants players, petrified bosses, on the map. When you go through these maps, you can find four monsters on the map, using your mods on. Using a mod will wake the boss up, which you can beat to get appropriately themed rewards from defeating the monster. When you go to the next one, that monster will have the same mod you used on it, along with whatever one you give to the second monster. It means you will face the monster with both mods. The same applies to the third and fourth monsters, which means the fourth monster has four mods on it. It also means you can get loot from the first mod four times, three drops from the second mod and so on.

However, there are whacky formulas that can make. In the anecdote, the developers gave the monsters a mod that would change the drop pool to currencies. Combine that with best rerolls and the four bosses, and you can essentially pull something crazy like 16 different possible best currency drops. There are over 35 possible recipes you can make with these monster modifiers, all of which have a chance to drop from monsters in the league. Note, you can find the mods you pick up in the archnemesis league storage tab, showing you all the influenced monster mods you have gathered so far.

Also, if you’re interested in co-op, you cannot trade your rewards from the PoE Archnemesis Challenge League mechanic. It is all based on your character’s progressions, meaning there is nothing abusable to prevent players from creating some crazy situations.

If you would rather take a look at the dev stream and see the new PoE Archnemesis mechanic in action, we have embedded the vlog below.