Resident Evil: The Board Game has smashed it’s Kickstarter goal

It’s sold so many copies that we’re seeing S.T.A.R.S. 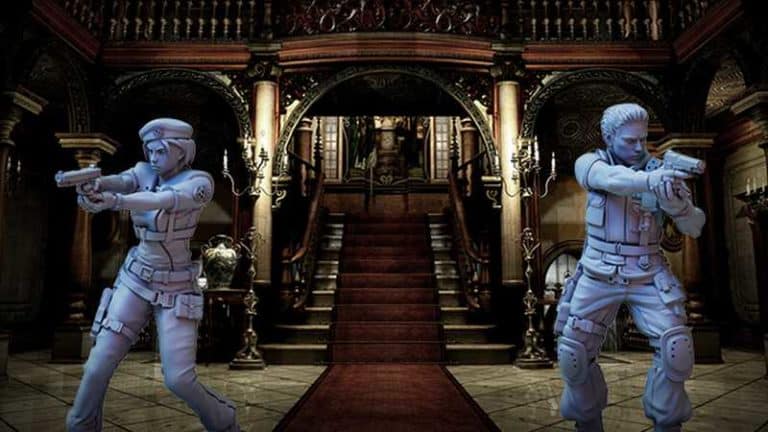 Table of Contents hide
Who is working on Resident Evil: The Board Game?

Resident Evil: The Board Game has been raising money on the Kickstarter crowdfunding platform, and has currently got over 10x it’s initial Kickstarter goal of £100,000, sitting at £1,026,424 at the time of writing this article.

The new game adapts the 2002 remake of the original 1996 Resident Evil game into the procedurally generated tabletop board game format. Much like in the PlayStation and Sega Saturn source material, Resident Evil players must survive the zombie outbreak in the Spencer Mansion and discover the truth about what Umbrella has been doing there. The main difference (other than it being a board game, obviously) is that the game can now be played cooperatively for the first time.

Who is working on Resident Evil: The Board Game?

The “port” has been designed by Steamforged Games, who were responsible for other hit Capcom tabletop releases like Resident Evil 2 & 3: The Board Game and Devil May Cry: The Bloody Palace. If you pick up the spooky board game, you’ll be able to play as not only series mainstays Chris Redfield and Jill Valentine, but also as lesser-known characters from the S.T.A.R.S. squad like Rebecca Chambers and Barry Burton.

Steamforged Games promises that the game will not only include familiar bio-organic weapons from the series, but also that elements of inventory management, puzzle solving and backtracking that are common elements of the video game series will appear too. Sessions of the game can apparently take up to 27 hours, but it has also been promised that there is an abridged one-shot ruleset that takes only 60-90 minutes to get through.

It seems like Resident Evil: The Board Game will be quite the faithful REmake experience, which is honestly cool. It’s yet another somewhat unique and interesting way thart Capcom have found to celebrate the 25th Anniversary of the franchise, and we’re happy it exists in general. If you’d like to get a copy for yourself, you can support the project here on Kickstarter until November 12, 2021.

Resident Evil also has a new feature film on the way, called Resident Evil: Welcome to Raccoon City. If you’d like to know more about that, then you’ll want to read this page too.