What is AMD EXPO?

What is AMD’s new Extended Profiles For Overclocking feature and what does it mean for DDR5 RAM on the AM5 platform? 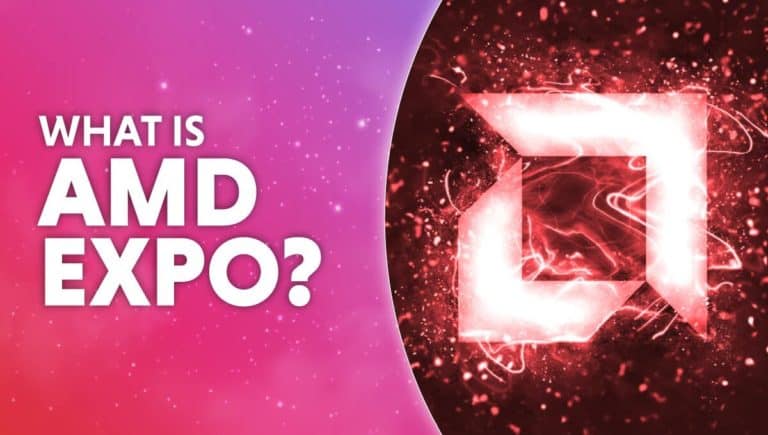 Table of Contents hide
What does AMD EXPO mean?
What is AMD EXPO?
EXPO And RAMP tech
Final word

What exactly is AMD EXPO? First, a little about AMD and it’s plans for the near future. AMD is months away from releasing its brand new Zen 4 based Raphael CPUs, and its top-of-the-line AM5 X670 motherboards to accompany them. AMD unveiled its 7000 series CPUs at its keynote at CES 2022, promising unrivalled performance and power efficiency on its 5nm based Zen 4 CPUs.

Not only that, an AMD representative recently confirmed at one of AMD’s ‘meet the experts’ webinars that AM5 will be DDR5 exclusive, finally catching up to Intel on the memory front.

Speaking of memory, a new feature is on the horizon according to a leak given by DISCLOSUZEN to VideoCardz, and it’s known as AMD EXPO.

If you’d like to know more about AM5 or the up and coming Zen 4 CPUs, we have articles on those.

What does AMD EXPO mean?

AMD EXPO has been dubbed EXtended Profiles for Overclocking (EXPO) and has seemed to replace the RAMP tech we uncovered earlier this year. Although that is not yet confirmed.

What is AMD EXPO?

Put simply, EXPO is AMD’s counterpart to Intel’s XMP 3.0 technology currently running on its motherboards. It is a technology capable of creating profiles for DDR5  that can facilitate the easy application of optimal memory voltages, frequency and timings, to get better-than-stock-memory performance.

There are still many questions to be answered such as, will there be auto-overclocking? Or how efficient is EXPO over D.O.C.P? These are both questions we will have to wait until AM5’s release to answer.

EXPO is reported to feature support for two overclocking profiles simultaneously, with one designed for high bandwidth and the other for low latency. Again not much is known yet as to how customizable these profiles are, or whether they will be applied simultaneously or independent from one another.

While it is entirely possible that EXPO has replaced RAMP tech or that RAMP has simply gone through a rebrand, both of the acronyms imply different things – (Ryzen Accelerated Memory Profile) and (Extended Profiles for Overclocking). Most notably, the key difference is EXPO is plural and RAMP is not – could this mean they are different?

We first heard about RAMP tech back in December 2021 when the name appeared in HWinfo patch notes. Since then there has been no mention of AMD related DDR5 notes. Certainly not of any pertaining to AMD EXPO.

It is entirely possible that one of these technologies will replace the AM4 standard D.O.C.P and another will be an extra feature allowing for greater achievements in DDR5 overclocking. Maybe we’re getting ahead of ourselves here.

Whatever EXPO is, it looks like AMD is going all-in on the DDR5 overclocking front, with Joseph Tao, memory enabling manager at AMD saying the following in AMD’s recent ‘meet the experts’ webinar:

“Our first DDR5 platform for gaming is our Raphael platform and one of the awesome things about Raphael is that we are really gonna try to make a big splash with overclocking and I’ll just kinda leave it there but speeds that you maybe thought couldn’t be possible, may be possible with this overclocking spec.”

We’re sure that whatever AMD has up its sleeve with AM5 is going to blow DDR4 and AMD’s competition right out of the water. AMD recently stole the ‘fastest gaming CPU’ title off Intel with its 5800X3D when up against the12900KS, a CPU made for DDR5 memory. AMD managed to beat it by a good margin using outdated hardware and on DDR4 RAM, a whole generation behind Intel.

If what AMD is saying about DDR5 memory proves true then we have high expectations for the performance of Zen 4, and we very much look forward to examining this AMD EXPO. 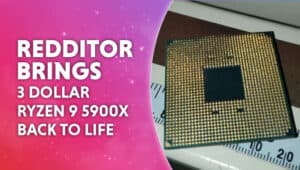