This Black Friday Mr Key Shop has all the best deals on Windows, Microsoft Office and home security software 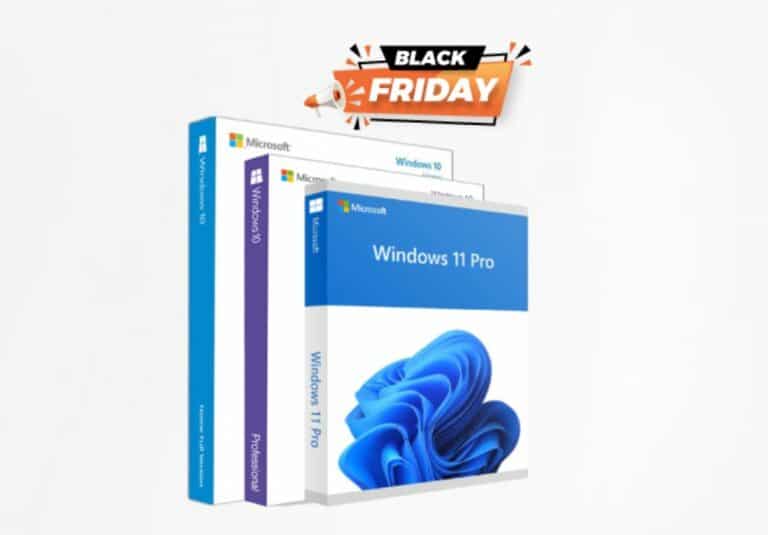 Black Friday deals on Windows, Microsoft Office, various antivirus software deals, and VPN discounts are a great opportunity to pick up those necessary bits of software for the best price. Why take the risk on a dodgy copy of Windows when you can get the genuine article for up to 80% off and not have to worry about it again? Software activated with a genuine product key not only makes your device more up-to-date and performing better, but more protected and secure too. Activated software, gets constantly updated by the producer with patches also solving security issues.

There’s one reputable retailer we know that from November 21st to December 4th will definitely be listing some top-notch Black Friday software deals on all these products, and that’s Mr Key Shop. The wise consumer is (rightly) cautious about buying software online at too-good-to-be-true prices, as that generally comes at a risk of a tasty virus on your system, however Mr Key Shop is the genuine article. They’re rated 4.9 out of 5 on TrustPilot, with a full money back guarantee in case of wrong purchase, and won’t share your data with other companies.

When’s Black Friday in the UK: what is it and will you really save money?

The date of Black Friday varies slightly each year, but it’s always the day after Thanksgiving. Despite being an American event in its inception, Black Friday has spread all over the world and is the same day wherever you are, including the UK.

Black Friday 2022 is on 25th November, however the Black Friday sales are likely to start much earlier in November – possibly in the first couple of weeks. The sales will last over that weekend after the Friday itself, until Cyber Monday on November 28th.

Black Friday offers the best chance of getting the biggest savings on software and electronic goods all year round, and is definitely worth your time and money.

Buy Windows and save up to 80% during Black Friday

There’s nothing more annoying than buying a brand new gaming PC or laptop and spending all that money, but forgetting that you have to spend extra money on buying Windows. Well it doesn’t have to be a painful experience if you take advantage of these deals.

You can use the code “BLACKWE10” to get an extra 10% discount on any product.

If you check the offers below you can make substantial savings on copies of Windows 11 and Windows 10. You can buy a Windows 11 product key and get your new operating system in a few minutes. You can save even more if you purchase Windows 10 for less this Black Friday, then benefit from the free upgrade to Windows 11 later.

Old but gold: all the best Windows 7 and 8.1 deals

For those looking for Black Friday Windows deals on the earlier versions of the operating system, have a look at the following offers to buy Windows 7 deals or purchase Windows 8.1 with Black Friday discounts.

Although you can get some free imitators, there’s really no substitute for the Microsoft Office Suite. If you’re in a job that requires you to email documents to your colleagues and clients, Microsoft Word still remains the standard, and particularly if you need to build spreadsheets then Excel is even more central to the working world. Click the below deals for massive Microsoft Office deals and use the discount code “BLACKWE10” to save even more.

MS Office 2021 is the latest version of the bundle of software from Microsoft, with the most features, with Microsoft Office 2019 being the preceding installment. See below to buy Office 2021 Black Friday deals, and to get Office 2019 key deals as well.

Black Friday and Cyber Monday bargains: get the best antivirus on offer

When it comes to the potential risk of your system to viruses, it pays to be well prepared. Peace of mind is key, and one computer virus can have a massively damaging impact on your computer and lead to data theft and even loss of money, if your bank details can be dug up. See below for the best antivirus software deals you’ll see this Black Friday. We’ve made sure to list a good number of different brands so you can get the best antivirus for pc or the best mac antivirus as you see fit.

The 10% additional discount is also available on antivirus purchase, using the “BLACKWE10” code.

Protect your system with Avast Antivirus and save during the Sales!

Avast Antivirus is one of the most well-known Antivirus brands around. It is one of the most accurate and effective antivirus suites you can buy now, offering some useful extras that you may appreciate, including a good firewall, ad-block, webcam protection, and malicious URL protection. See below to buy the best Avast antivirus deals this Black Friday.

Get the most out of the best deals for Bitdefender Antivirus

Bitdefender Antivirus is a solid name in the sector. It offers excellent ransomware protection and some extras like the SafePay protection for banking and payment protection. Bitdefender is considered one of the most complete suites. Bitdefender Mobile security is also the best antivirus for Android you can currently get. To purchase bitdefender antivirus check the offers below and get the Black Friday extra discount.

ESET Antivirus is made by a Slovakian company and is a challenger in the antivirus software space. It comes with more advanced diagnostic tools than most other antivirus out there, so if you’re a bit more knowledgeable about tech, buying the best ESET antivirus solutions could be the right choice for you.

Heads up! Here are the best Norton Antivirus savings

Norton Antivirus is another very well known brand in the antivirus software space. Compared to the others it grants the best malware detection while surfing the web. It also offers some extras like one of the best firewalls around, a built-in VPN and parental control features. See below to buy the best Norton antivirus Black Friday deals you’ll see on this bit of software.

McAfee Antivirus is a definite contender for the best Mac antivirus available at the moment, but can also be used for Windows users just as easily. Besides including some pretty interesting extras like the VPN, the anti-spam filter and a firewall, what is most impressive is how low is its impact on performance. The price to pay is a reduced configurability. If you want to purchase a McAfee antivirus, see below for the best deals on this bit of kit.

Get Kaspersky Antivirus at the best discounts

Even if it doesn’t offer many extras, compared to other brands Kaspersky is one of the best antiviruses for PC in terms of ransomware protection. Kaspersky Antivirus is a Russian made challenger to the big boys in the antivirus space. Certain Western nations have advised not using it for this reason, given the current political climate, but if this isn’t a concern to you – go right ahead and purchase a Kaspersky antivirus snapping up one of the hot Black Friday deals!

There are a whole host of different solutions to buy the best VPN this Black Friday and Cyber Monday. Whilst we won’t list them all here, click through to Mr Key Shop to pick up the best VPN for you this November and save extra money with the 10% discount code “BLACKWE10”.

If you’re looking to setup your own server, then you’ll of course need to purchase a Windows Server copy to do it. Or maybe you work in a company’s IT department and need some adding server CALs, a Windows Storage Server licence or Microsoft SQL installation? See below for all the best Windows Server deals this Black Friday. Using the “BLACKWE10” discount code you will save a huge amount of money.

Although this list covers most of the savings on Microsoft Office, Windows 11, Antivirus and VPNs that you’ll find on Mr Key Shop this Black Friday, it’s by no means exhaustive. There are also a whole host of other great software deals on the site that you should check out as well. This is the answer to who’s wondering where to buy Windows 11 – or any other software list above – saving up to 80%: click on the link to see the great Mr Key Shop Black Friday deals 2022 available from November 21st to December 4th.