It's back and there will be yet more virtual ships to buy. Star Citizen's annual conference returns on Twitch for a day of information leaks 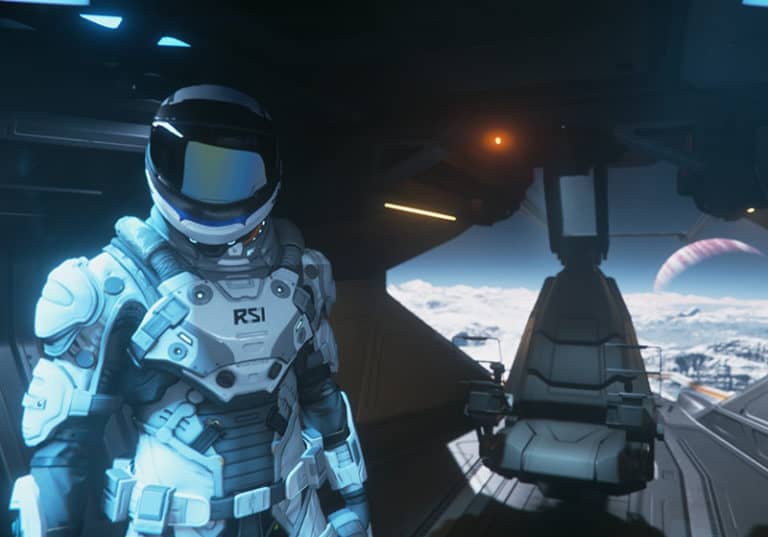 So this is a difficult one to write because I *really* want Star Citizen and Squadron 42 to be amazing. I backed the beta way back when (while Elite Dangerous was still in beta, wow, that’s a while ago now isn’t it?) and well, we’re still going.

Saturday sees the (now annual) CitizenCon take place and the whole event will be streamed live on Twitch, assuming Twitch manages to stop people copying everything off its server and dumping it onto the internet for long enough to host it.

The very name CitizenCon sparks muchos mirth across the internet as the trolls square up to the fanboys in a perpetual verbal Tango of “It’s never coming out / When it does come out it will be the best game of all time.”

Whatever the truth of that battle ends up being, CitizenCon is a surefire way of whipping up the game’s fans and teasing them probably just enough to keep investing time and money into the seemingly never-ending project.

You can watch the impressive intro video over on the Roberts Space Industries site and find out all the latest as it happens.

15:00 – Opening with Chris Roberts
15:05 – Life in the Verse – Current state of the game panel with John Crew, Ben Curtis, and Paul Jones
17:15 – Ship Talk – The above are back for another panel this time walking us through (and doubtless trying to sell us) all the developments when it comes to the game’s ships.
19:00 – Gen 12 and the Multicore of Vulkan – It sounds like a Japanese Anime breakout hit but in fact, we have a rundown on the new game engine for Star Citizen and Squadron 42 and how it utilizes the Vulkan API.
19:40 – Crafting Worlds – a look at the tech in play being used for world generation
20:00 – Server Meshing and the state of Persistence – The one we have all been waiting for* (*a lie), but a technical deep dive into serverland.
20:30 – The Sounds of Space – Use your imagination here, have a guess what this could be about.
21:15 – Systemic Gameplay: The final panel of the show covering just about everything else and how things such as ni games’ other mechanics work
23:00 Chris Roberts – Closing speech.

Godspeed friends if you are aiming to get through the whole thing and it will be interesting to see what comes out of it. We’ll be back with any big stories on Star Citizen as and when they break.