Far From Home unveils the first gameplay teaser for its sci-fi, action-survival game coming to Steam Early Access this year 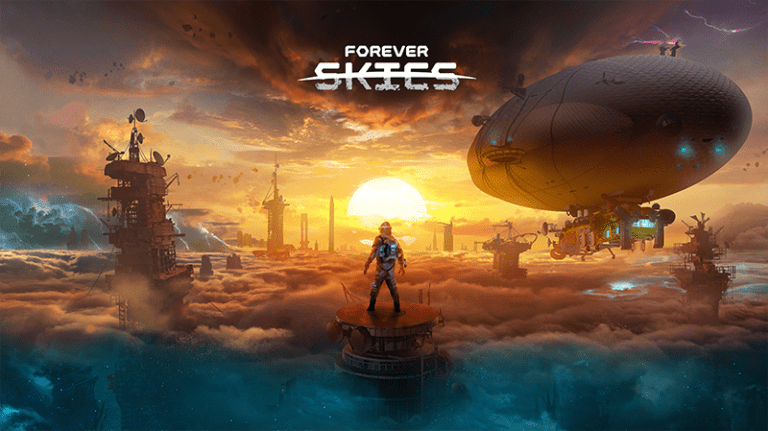 In the making for over two years, the game originally codenamed Project Oxygen will now go by the name ‘Forever Skies’ and the devs, based out of Poland with previous work on triple-A titles such as Dying Light, Dying Light 2, Dead Island, The Medium, Chernobylite, and the Divinity Original Sin Series have showcased a first look at the gameplay which you can see below.

Forever Skies is a first-person action survival sci-fi game that takes place on a destroyed and deserted Earth in the wake of a massive ecological disaster.

You play as a lone scientist returning to Earth long after a global ecological catastrophe has left the planet uninhabitable to humans. Above the toxic clouds are the remnants of humanity’s last stand.

You must build, expand and control a high-tech airship that will act as your transport, shelter, laboratory, and workshop for researching mysterious substances and crafting tools for survival. Scavenge, find ways of obtaining food and resources, and explore the ruins above and below the thick, toxic dust layer which now shrouds the Earth’s surface.

Gameplay in Forever Skies will include exploration in your airship and on foot, crafting, base building, planting, combat, and scientific research in virology in search of a cure to help those few, who survive in orbit.

Gameplay Lead and Far from Home CEO, Andrzej Blumenfeld said “We were truly overwhelmed and humbled by the initial reception of our project. I hope that the teaser trailer with the first gameplay running on the power of Unreal Engine will give a nice glimpse into our wrecked world and a clear idea of the direction we’re heading.”

You can get more information on Far from Home on its official website.