Home » PC Tech & Gaming News » GPU prices are finally going down: is the shortage over?

GPU prices are finally going down: is the shortage over?

Is there any light at the end of the tunnel? 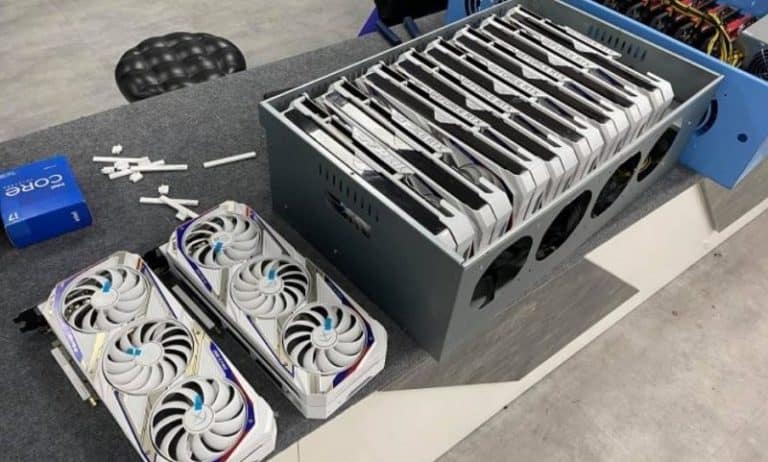 Table of Contents hide
Is this the right time to buy a GPU?
Could this be the end of the GPU shortage?

Notable leaker Greymon55 last week predicted that GPU prices were set to drop, and the latest reports from TomsHardware corroborate this idea that we could be seeing the finale of the great GPU shortage that has plagued us for the last few years. However, this has always been a demand issue, since manufacturers were simply unable to keep up wiht the number of people who were looking to upgrade, bitcoin miners and more. But, with an average of 11% down in comparison to their average prices in January, sparking the light of hope for those that might have been looking for a brand-new graphics card to run the latest games like Elden Ring and Lost Ark.

Is this the right time to buy a GPU?

Unfortunately, from the data that we can see, the average price of an RTX 3050 is still 100% abvove MSRP. This means that you should probably wait a little bit longer if you are willing to save a little bit of cash. We’re close enough to the announcements of a new generation of GPU named Lovelace that you should keep your eyes on. It might also get a little bit easier to get yourself an older generation Ampere card once Lovelace begins to drop, so be sure to keep your eyes peeled on the used market when the new generation gets announced. Remember, when the RTX 3080 and 3070 were announced, you could easily find an RTX 2080Ti for just $500. Oh, how naive we were. The same is likely to happen when folks see what performance they can get from the next generation of cards and begin to look at their perfectly good RTX 3080s with contempt.

This of course, is a daft way to look at PC hardware, because the thing is that a new card with more performance on the table doesn’t immediately make your graphics card bad. This is the thing that a lot of consumers in the PC space seem to miss. Regardless, it’s a good thing for those willing to purchase components on the aftermarket, so be sure to keep your eyes out for around September, which is when we expect cards like Lovelace are to be announced.

Could this be the end of the GPU shortage?

Yes, we could be seeing glimmers of the GPU shortage begnning to fade. We knew that demand was goiung to slump after enough consumers got their hands on the newest generation of Graphics cards. Enough SKUs have come out at a range of price points that allow for consumer options and choice, which lessens the pressure overall as they are all based on different cutdowns of several chips. With this flow of chips now matured, and slotting into enough different cards, it’s a given that this has lessened, especially since yield of the chips has likely improves as they get more mature, meaning that not only will there be more chips on the market, but more chips to slot in across all of the SKUs, with supply getting more regular with every passing month.

It sure does seem like the end of the GPU shortage, but this is because of the factors listed above. Without those factors, and indeed a new generation of cards due to be revealed this year, it’s likely that this cycle will perpetuate itself for at least a little bit longer in the coming year.