Here is everything you need to know about the new content update. 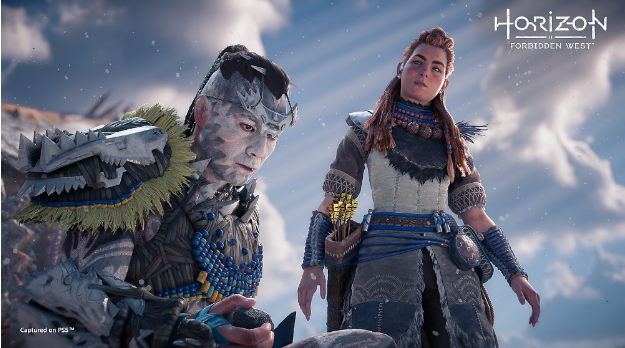 Horizon Forbidden West is one of the best games on PS5 right now and developer Guerilla Games made it even better with a massive content update. Patch 1.14 adds an Ultra Hard difficulty mode, New Game+, and a ton of other content. There are new rewards and collectibles to earn and a brand new Trophy set for all the hunters out there. Here is everything you need to know about the new content update.

The game now has a New Game+ mode which allows you to start a new playthrough without losing any of your gear. It is a great way to try out new builds, weapons, and more. You can also catch up on old quests that you may have missed out on in the past. With the new difficulty options being added, the game also has new trophies for you to earn at the highest difficulty levels and you can show them off to your friends.

There was an issue where fast-traveling to Rebel Outpost: High Turning would send Aloy somewhere else, which left a lot of players confused. It was actually a bug and Guerilla Games has addressed the issue in the new update. Players had also complained about missing loot in Rebel Camp: Devil’s Grasp even after clearing it out.

Following the new update, loot should now be accessible after you take out all enemies in the area. The new update also fixed an issue in The Arena where the timer would continue counting down after defeating all the machines.

The new update added Filmgrain to photo mode. The grain scales with intensity and low values have small grain, high values increase the size of the grain, which leaves the higher values especially suited to black and white experimentation. If you want your screenshots to have an old-school vibe, it is a great filter to try out.

In addition to all of the new content and changes, there are also quite a few bug fixes and the overall stability of the game has also improved. Streaming the game would sometimes cause crashes and it is no longer an issue in the newest update. If you want to check out the official patch notes, you can view them here. If you want to know all the relic locations in Horizon Forbidden West, you can view our guide here.