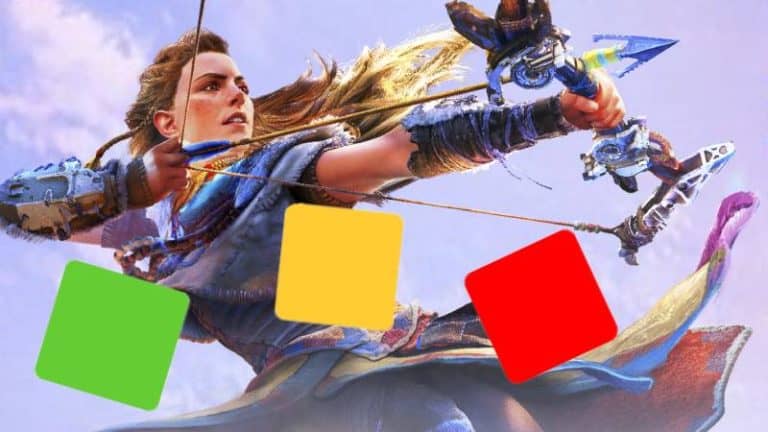 Horizon Forbidden West sees the return of recognisable PlayStation hero Aloy. This time, she explores Western America in a post-apocalyptic existence filled with new varieties of Machine – Horizon’s robotic, hostile creatures. Horizon Forbidden West isn’t quite out yet, but, as Sony lifts the embargo on the PlayStation exclusive, we can already start to see what the world’s critics think about Aloy’s latest adventure.

At the time of writing, there are already nearly 100 Horizon Forbidden West reviews locked in on metacritic. This is a pretty good starting point for a general consensus of a game’s quality, and Horizon Forbidden West doesn’t disappoint. Only four of 92 reviews are what metacritic class as “mixed,” with each of the other 88 scoring favorably. With some publications even giving Horizon Forbidden West 100%, the average comes out at a very respectable 89, higher than Pokémon Legends: Arceus received on release day.

One of the biggest praises for Forbidden West is stunning graphics, particularly the water. Guerilla Games took a great deal of care making sure that the new underwater mechanics were up to scratch, so it looks like it paid off. While the new swimming gameplay only makes up a part of Forbidden West, a lot of reviews are leading with it – so it’s making quite the impact.

While based shortly after the events of Horizon Zero Dawn with an all-new storyline, this is another of the aspects that critics are praising. While Zero Dawn saw Aloy investigating the mysterious machines, Forbidden West follows Aloy’s journey across Western America in search of a cure for a “mysterious and deadly blight.” With the captivating story and characters being some of the most raved about features of Zero Dawn, we can expect just as much from Horizon Forbidden West looking at the overall positive round-up of reviews.

So, should you get Horizon Forbidden West?

As always, gaming is pretty subjective, so don’t just take everyone else’s word for it. However, looking at the overwhelming success of Horizon Forbidden West so far, it’s probably a pretty safe bet that it’s worth the purchase if you’re a fan of Zero Dawn or similar titles. If stunning graphics, strong female leads or spectacular storylines are of particular importance to you, then Forbidden West should definitely be a consideration.

When is the Horizon Forbidden West release date?

You can get into the action as Aloy in Horizon Forbidden West from February 18th, 2022. If you’re eager to explore the Forbidden West and have already pre-ordered a digital copy of the game, you can pre-load now, ready for launch day. Reports show that download sizes vary between around 83GB and 98GB, depending on your global location.