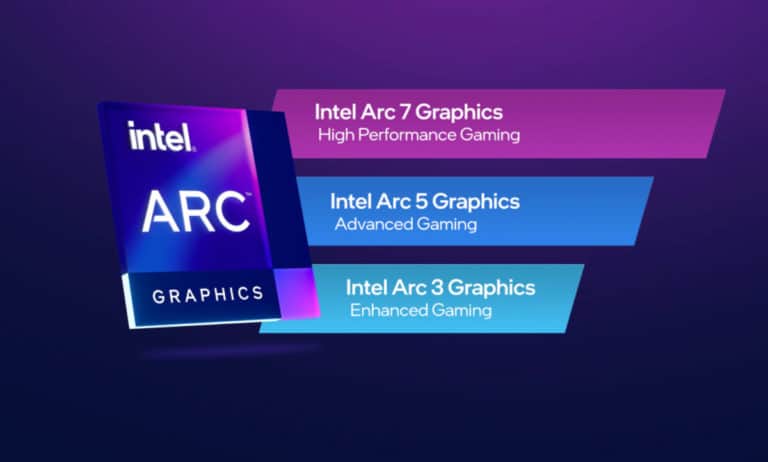 If you were excited to buy yourself or see how well some competition does you may have to wait a little longer. A community post from Intel confirms the ARC Alchemist GPUs have been delayed. Although still supposedly launching the entry-level A3 series first, it will initially only be with system builders and OEMs in China. Intel states this is from the large combination of parts possible so is likely trying to confirm compatibility. So would rather offer parts that they know work for the initial Q2 deadline.

Unlike notebook designs, desktop systems have a vast set of combinations, including memory, motherboards, and CPUs. To initially limit some of this variation, we will launch working with system builders and OEMs with specific configurations.

Although retail component sales are meant to follow shortly but also region limited. It then continues to state that Arc A5 and A7 cards will roll out worldwide with OEMs and integrators later in the summer. With sales after that worldwide. Intel is hoping to provide customers with the product they want with good availability from the staggered release.

However, this delay does push the GPU release close to the next generation of graphics cards. Pushing it towards the end of summer is close to the second half of the year when we expect to see the RTX 40 series and RX 7000 series of cards. This would make the comparison tougher for Intels GPUs that are aiming to compete with the current cards and so may make it a tougher battle for the newcomer.

Even though the mobile version of Intel ARC launched at the end of Q1 it has also suffered from no availability. Samsung did offer a product with ARC in Korea but expansion has been slow and delayed. Intel said that it wanted more OEM availability but with software delays and lockdowns availability should start this month.

There was also a driver issue for those mobile drivers. They were specifically optimized for benchmarking and specific software. Intel said it would rectify that and offer toggles for it. However, it has also not been seen or available and it has offered an answer as to why. It says it is pushing the customization further and allowing control of other optimizations such as memory as well.