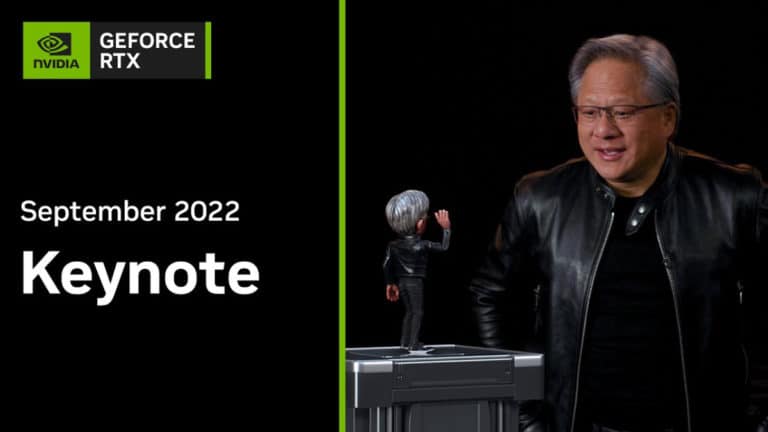 Table of Contents hide
GeForce Beyond rundown
RTX 4090 and 4080 specifications and price
When are Ada GPUs coming out?
Why is it called Ada architecture?
How much does Ada cost?

It’s been a long time coming, but now the Nvidia GTC keynote has happened we bring you the newest announcements from it. With an expected release of the RTX 4000 series, there is a lot to expect from the live stream.

Leading up to it, it had been hyped up with the Project Beyond takeover. And with multiple references to Ada Lovelace, it’s more than confirmed the new gen of cards will be released. But also AMD just a few hours before this event announced it’s AMD RDNA 3 cards will be coming on the 3rd of November, leading to some tight competition.

Nvidia RTX, AI, and Omniverse are getting updates in this update, with new chips to power these. It starts off with a show of RacerX, a simulation engine with nothing baked in and running on one GPU.

A lot of racing with RC cars so far and poor Lego figures getting demolished. The hint of one GPU could suggest this ray tracing and simulation running off a new card. Although it needs to improve its retention as it is a rather prolonged demo.

And there we have it, Nvidia announces the Ada Lovelace architecture. Using the TSMC 4N process it has 76 billion transistors and with Micron GDDR6X memory still.

It has also added a new streaming multiprocessor, with shader execution reordering to improve RT calculation. With a 2-3x faster performance on the cards. The 4090 aims to be 2x faster than the 3090 Ti and the 4080 2x faster than 3080 Ti.

Nvidia also adds DLSS 3 with the new GPUs. Instead of just pixels, it generates new frames, meshing the sequential frames to improve their look of them. This also aims to circumnavigate any CPU bottlenecks by taking the load off. With the showcase shows an improvement in Cyberpunkj from 20ish FPS to 90.

It has also shown off the features in Microsoft Flight Sim heavily set back by CPUs with all the features. but it also has been added to Portal with RTX and DLSS3 added to the iconic game. Coming in November as a free mod to the game owners.

With that, we see the pricing and specs of the cards.

When are Ada GPUs coming out?

Why is it called Ada architecture?

The architecture is named after the mathematician Ada Lovelace who is noted for work on the first mechanical general-purpose computer alongside Charle Babbage.

How much does Ada cost?