PUBG Mobile 1.8 update – what it contains and changes 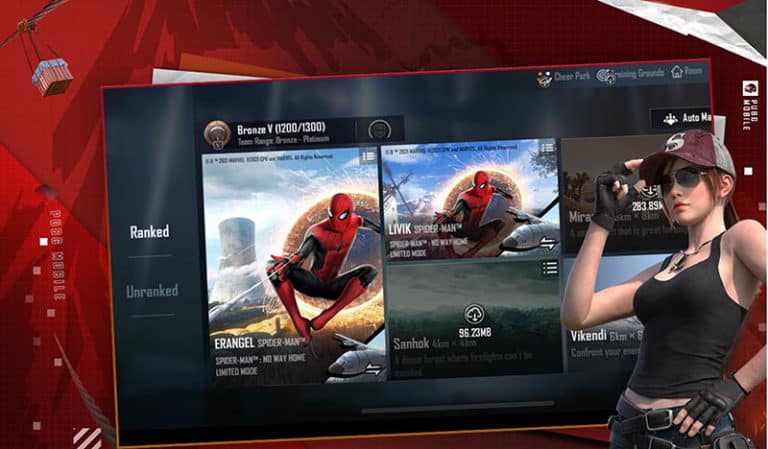 PUBG Mobile had a little downtime recently to patch the game to version 1.8. But what new stuff have we got? Spider-Man that’s what! At least for a limited time.

Between now and Valentine’s Day (14th February) you can enjoy playing as Spidey himself as Tencent and Sony Pictures team up to promote the new Spider-man movie.

The update is billed as Aftermath and the entire Livcik map has been destroyed by a massive volcano – which considering the eruptions we are seeing around the planet of late, makes life all the more realistic.

there are tons of changes added to the game and you can read the full patch notes at your leisure right here, but we have picked out a few of the highlights so you don’t need to wade through everything yourself.

– Added a feature that allows players to continue swimming in a near-death state, but their swimming speed will be reduced.

– Added the Hit Marker feature: After this is enabled, whenever a player or a teammate hits an enemy, a marker is automatically generated where they are hit.

– Added an auto-jump feature. After this is enabled, players will automatically jump in the direction of a marker that has been placed on the map.

– Moved the Brother in Arms location to the Team-up Lobby.

– Moved the subscription location to Purchases.

– Improved the locations of monetized events and activity events.

– Made more layout improvements in the bottom-right corner.

Spider-Man has encountered mysterious monsters after arriving at Erangel. Fight alongside Spider-Man and defeat the boss to get advanced supplies, the new Web Shooter and Spiderweb Ball, to try out Spider-Man’s abilities. Find Spider Crates on Erangel and open them to get basic supplies, as well as a chance to get Spider-Man items.

– Challenge the Boss: Find Mylta Power and fight alongside Spider-Man!

– Web Shooter: Players will be able to shoot spider webs after getting the Web Shooter. Spider webs slow down players they hit.

– Spiderweb Ball: When the Spiderweb Ball is thrown at the ground, it releases many spiderwebs in an area that slows the movement of other players moving through it.

Other Updates and Improvements

– Improved the Daily Missions screen and the rewards.

– Improved the display of information when picking up items.

– Improved the accuracy of audio markers on the mini-map.

– Lowered the requirements to place a chicken dinner statue so that it is easier to place the statue after winning.

– Added a throwable consumables toggle for players to enable or disable the feature.

– When a player only has 1 consumable or throwable, the expand button above it is hidden by default.

– Fixed an issue that caused teammates’ markers to overlap when they were on the plane.

– Added shortcut buttons for new features that can take players to the new settings quickly.

– Improved interactions on the Settings screen.

– Improved the graphic effects of the pick-up screen and the custom layout interface.

– Improved the layout order and naming of tabs in the settings.