Sea of Thieves was just updated to patch 2.5.2 and there are some interesting PVE changes that have been added to the game. 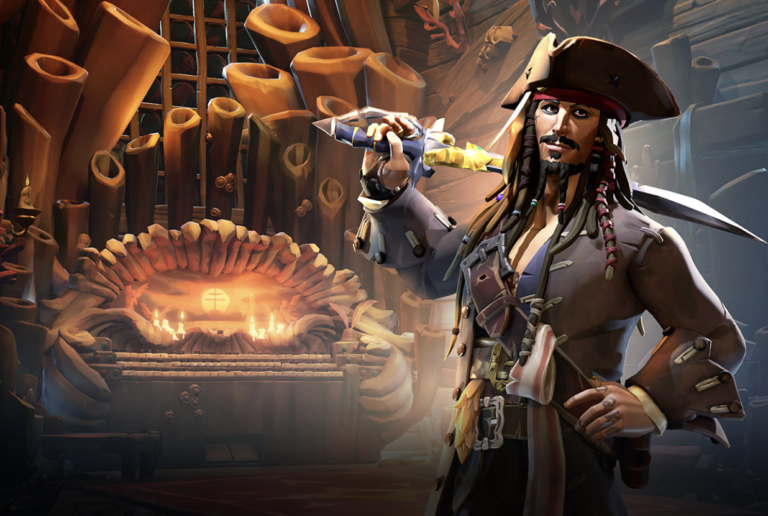 Sea of Thieves was just updated to patch 2.5.2 and there are some interesting PVE changes that have been added to the game. Players who were unhappy with the Legend of the Veil Haunted Islands Voyage can now breathe a sigh of relief. Brigantine and Galleon crews will now encounter additional Phantoms during the Haunted Islands part of this Voyage when compared to solo and duo crews which should make the experience a bit more challenging.

The Outpost shops now offer the remaining items from the Eastern Winds Jade set. Players can use their gold to acquire these newly introduced weapons, clothing items, and ship components. Also, Pirate Legends can now purchase the Dark Adventurers Tattoo from the Pirate Legend Hideout. If you want to get to Pirate Legend, you need to get Level 50 with any three factions.

Megalodons and Skeleton Ships are Back in the Seas

As the summoning ritual of ‘The Shrouded Deep’ has drawn to a close, the Megalodons have returned to their usual behavior patterns. Crews can once again encounter Megalodons emergently while out at sea. With the wreck of the Killer Whale now cleared, the area has been reclaimed by the skeletal hordes. Crews may once again spy the ominous ship cloud in the sky, signifying an encounter with a Skeleton Fleet which they can engage for loot.

Morrow’s Peak Outpost seems to now be lying dormant due to decreased volcanic activity, meaning crews will no longer encounter island volcanic threats on this island which will allow players to traverse safely without worrying about their ships getting damaged. Sirens encountered below the waves will now leave longer pauses between uses of their abilities to give players more breathing room between attacks. In previous patches, Sirens would repeatedly spam attacks which made combat against Sirens very frustrating.

There are other balance changes that address some popular exploits that were being used by players. Larger crews will no longer unlock additional progress towards the True Legend Commendation and achievement within the Legend of the Veil. The change will no longer make players feel forced to look for bigger crews. If you want to check out all of the balance changes in the new update, you can check out the full patch notes here. If you want to find out how to play Sea of Thieves in crossplay, here’s our quick guide.