There's something in the water at AMD 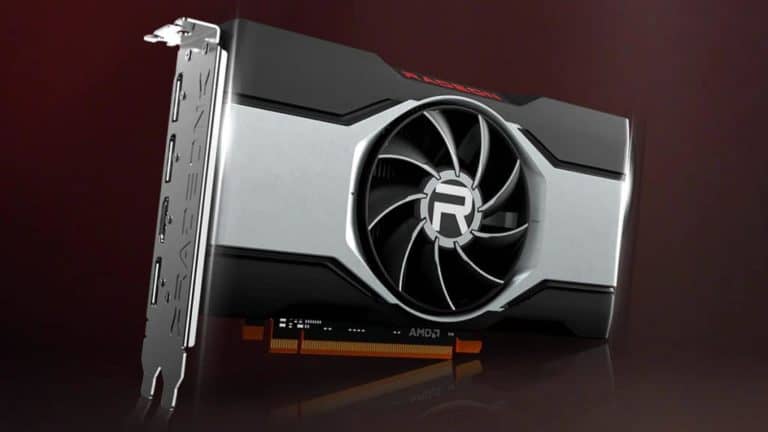 When AMD announced the RX 6500 XT earlier this week, gamers were jumping out of their seats to see a brand-new budget RDNA 2 graphics card get announced. With a price point of just $199, is the RX 6500 XT destined to be the budget GPU king that will finally dethrone the 1050Ti? We’ll have to wait for reviews to find that out. In the meantime, Tom’s Hardware recently reported that the RX 6500 XT only runs at PCIe 4.0 x4. This means that the actual amount of data that the card is going to be able to transfer in the slot is much lower than its bigger RDNA-2 based brothers.

What this ultimately means is that PCIe 4.0 tops out at around 8GB/s, which is a similar rate of data transfer that the SSD in your next-generation games console gets. Luckily, this is not too much of an issue with a card that, frankly isn’t too powerful, and is only aimed at the entry-level market. Regardless, 8GB/s will be found in a PCIe 4.0 slot, but what if you don’t have one of those? The card could potentially instead run at PCIe 3.0 x4, which means it might only run at 4GB/s, where you might theoretically run into some trouble when running games. If someone is using an older system or has a budget-conscious build using older platforms, this has the potential to spell trouble.

In addition to this, the RX 6500 XT lacks the ability for hardware encoding or decoding of H.264 and H.265, which can also be attributed to not only the architecture of the card but also the way that their dies were developed and cut.

This can be attributed to the die-cutting process that AMD has been using for its cards in the past. meaning that the top-end ‘Big Navi’ product is the flagship, and the rest of the cards in the line such as the 6600XT are all cut down from there. However. In addition to the significant die-cutting that the 6500 XT has purportedly been subject to, we also have a new processing node to contend with. Enter everyone’s friendly neighborhood chip manufacturer TSMC.

Previous Big Navi RDNA-2 desktop GPUs from AMD are all based on something named a 7nm processing node, which is effectively the beating heart of the products themselves. The 7nm process is something that at this point was well tried and tested, with desktop CPUs, such as their line of extremely popular Zen 2 and Zen 3 processors. So, why a 6nm process on the 6500XT?

Why the 6nm process mattters

It’s actually a fairly simple thing. We’re in the midst of a global semiconductor shortage, and AMD has already booked in their orders for 6nm nodes, as they’re planning to launch them for the Ryzen 6000 desktop processors. So AMD is sitting on a load of manufacturing capacity on the 6nm process, which also happens to be with the 7nm designs, to boot.

So, what to do other than dedicate some of this resource to producing a GPU that is easily accessible to the mass market, on the cheap, while also mitigating the operational costs of bringing the RDNA 2 architecture over to 6nm anyway, since their Rembrandt APUs are all equipped with them too.

It just makes sense, AMD has an opportunity to fabricate desktop GPUs, and they were porting over RDNA2 with their laptop processors anyway, so it appears to just be clear logic that they’re bringing over some of that know-how, and plopping it over on the 6nm process with the RX 6500 XT and 6400.

AMD CEO: ‘There is some overlap at the low-end’

Speaking to PCWorld in a redacted round-robin interview at CES 2022, that is still accessible via the Wayback Machine, Paul Alcorn of Tom’s Hardware posited that Ryzen 6000 could potentially cannibalize sales of low-end discrete GPU sales. As a response, Dr. Lisa Su pointed states the following:

“We look at the roadmaps of the integrated APUs and discrete GPUs together as we’re developing the roadmaps for the next three, four, or five years. And, you know, there is some overlap at the low end, but I think that’s natural, right?”

So, it’s likely that the release of the cut-down 6500 XT, on a new node that happens to be shared with the 6000-series of APUs, is no mere coincidence, but a calculated business risk. GPU demand is higher than ever before, why not bring over the low-end, cut down cards and sell them on the cheap? There is more demand than there is supply. But, it does bring into question the value of the Radeon RX 6500 XT, and how it will eventually compare to the RTX 3050, which is slightly more expensive but also has features such as NVENC, which is something that the 6500 XT is unable to do simply on a hardware level.

If you were to directly compare two of AMD’s sub-$200 offerings, it doesn’t look good for the 6500XT, those RDNA 2 cores have to be something very special indeed. We’re also assuming that we are restricted to certain PCIe bandwidths, but regardless, it doesn’t look great just from all of the information that we can already ascertain. Is this really going to pay off for AMD, or is this a complete misfire of a card and chip?

Right now, the RX 6500 XT is bringing up more questions and compromises for all to see, but we’ve not yet seen what performance might look like on this card, which will require testing on multiple levels, including on both PCIe Gen 4.0 and 3.0, with its 8GB/s and 4GB/s speeds respectively. Equally, to make sure you get the best value for your money, we’ll also compare the 6500XT over to its closest competition, the RTX 3050 in order to make sure that you’re able to make the best purchasing decision possible. Basically, hold off on pre-ordering this one for now, as there’s clearly more investigating to be done under the hood.

We’ve written a whole load of news around CES 2022, here are some highlights: