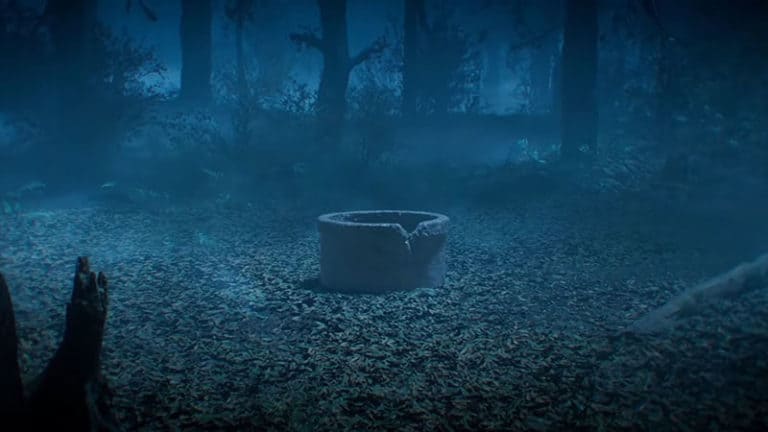 As it stands, there seems to be only a teaser for the new DbD Ringu cross over. The dead by daylight new chapter trailer features a 20-second clip of a survivor looking around a forest in the first-person perspective. While nothing is going on, it appears there is a well in the middle of the forest. Then the screen turns grey, and the screen shivers.  It likely confirms the nest dead by daylight killer is more than likely Sadaka, or Samara, depending on which version you are familiar with.

In the official announcement post for the Dead by Daylight new chapter, the announcement details more about the Ringu film background, It goes into when the film was made in Japan, along with some of the detail of its global release. In the Dead By Daylight Ringu announcement, there’s a quote from the Kadokawa producer, Reiko Imayasu, who says: “We’ll be sending one of our most haunting characters to the Fog to pour down horrors that will rival all the great predecessors. Fans should beware of their heart; this deadly newcomer will strike them, and they will tremble with fear whilst they wait.”

Dead By Daylight Samara – what we may expect

The DbD almost confirmed that Samara is the next DbD killer. However, we don’t know anything about her potential skills and abilities. Morso, it seems like it’s more involved with the Japanese demon, based on the Japanese producer getting involved. We may find it’s actually the Sadako Yamamura demon, rather than Samara from the 1990’s versions of the film.

So, let’s speculate on what kit we may get from the Samara or Sadako demons. We know that the latest release, the Cenobite, had special map interactions with the puzzle. Survivors had to interact with the puzzle to stop the Cenobite’s powers, but it came with risks. So, we can presume she might have interactions like that. She might have a home well she can interact with, which may give her powers.

Also, in the lore of the Ringu series, we know the spirit of Samara takes on two forms. She is a standard little girl, pale skin and dark hair. But then she turns into her evil spirit form, which is known as an Onryo, a vengeful ghost. It might mean this character has a passive mechanic and a very powerful Onyro form. Another factor of her appearance is she comes out of televisions, so there might be special mechanics on maps with electrical devices. Maybe she interacts weirdly with generators?

It is anyone’s guess what the DbD Samra killer may do. All we know is we will have to wait and see what she does, when the devs release more info, or release her to the test realm. What do you think will feature in the new Dead by Daylight Ringu chapter? Let us know in the comments below!