We guide you through the Genshin fishing spots, locations, and unlocking fishing. 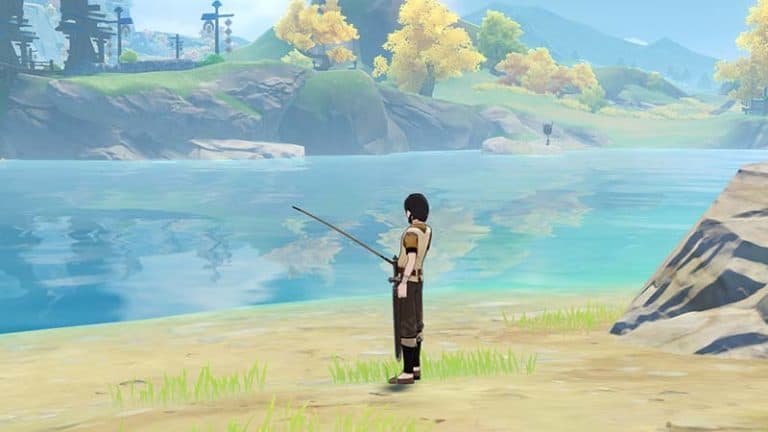 Genshin Impact 2.1 has gone live, adding in the freshly added fishing feature. The new update brought many new features, but the most attractive is by far the fishing. Players can grab hold of a Fishing Rod and collect the all-new fishing species for their progression, crafting, and collectables. If you want to know where some of the new Genshin Impact fishing spots and locations are, we’ll have you on your virtual deck chair, taking in some sun and fishing to your heart’s content.

How to unlock fishing

Read More: How to get a Genshin Impact fishing rod.

While you are unlocking the fishing feature, you will meet an NPC called Nantuck, who will teach you the basics of fishing and how it works in Genshin Impact.  It works the same as almost every other MMO or RPG fishing, where you’ll need to equip a fishing rod, attach bait and yeet the line into the body of water in question. Make sure the fishing bob doesn’t land too close or too far away from the fish. Getting too close causes the fish to startle, while too far will not do anything.

Genshin Impact fishing spots are easily located on almost any body of water in the game. Every biome has a different fish to collect, allowing you to travel the world ad master the art of fishing. To find a Genshin fishing spot, simply find a body of water, whether a lake, river, ocean or other aquatic environment. Upon closer inspection, you can see fish bobbing up and down in the water, highlighting the Genshin fishing locations your rod will have contact with fish.

There are a few things to note regarding Genshin Impact’s fishing mechanic. Some fish can only come out at night, and we are yet to determine whether some fish are seasonal. It is known to happen in games like World of Warcraft Classic and can make some excitement for new fish we don’t even know is out there – but it’s just speculation. Moreso, Genshin Impact fishing spots have different fish for every biome, meaning you’ll need to go on a world tour to get the fish you want.

Luckily for us, the Genshin Impact Interactive Map, which you can find online, has already uploaded data on some of the Genshin Impact fishing locations in the game. You can find several sources around the Souther Ilsnads like Seirai Island, Watatsumi Island and more. Meanwhile, there are Genshin fishing spots all over the northern continent. You can get access to fishing in areas like the Brightcow Mountains, Qiongji Estuary, the Sea of Clouds and everywhere in between.

No doubt that when players find more, the map will update with more Genshin Impact fishing spots along with what types of fish they contain.

Update: Since some of you are very interested in more specifics on Genshin Impact Inazuma fishing spots, we will list some of the details on the area.

Throughout the Inazuma isle, there are many Inazuma fishing spots you can come across. You can find several fishing spots all the area including

If you have successfully fished a Genshin Impact fishing spot, or startled the fish and they have fled, you will need to wait for the Genshin Impact fish respawn time to complete. As long as you progress the in-game time, they will come back. No matter if they fled or were successfully fished, it seems the fishing spots will indefinitely regenerate.