Home » PC Tech & Gaming News » How to get a Lost Ark Beta key – what date does it start?

How to get a Lost Ark Beta key – what date does it start?

To the very condensed preview of adventure! 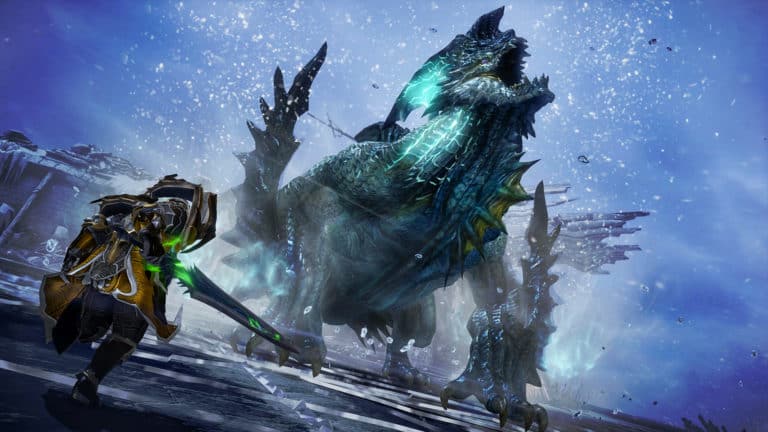 It might be hitting its third year anniversary in South Korea and is actively available in Russia, but Amazon Games are bringing the hotly anticipated MMO to the West sometime next year, with the closed beta only running from the 4th of November until the 11th.

The Closed Beta Test will start players at level 10, after choosing their class and sub-class. You’ll also be able to experience the full game up until Rohendel, which appears to be quite a ways into the game itself. The level cap has been brought down from 100 in the Alpha to 50, presumably to ensure that people don’t overindulge on the game before its release in 2022.

Though you will get an XP boost to help level alternative characters to get the most out of the beta.

It also brings with it a bunch of general improvements, including font sizes, hairstyles, menu redesigns and colour blind filters.

Amazon and the developers of Lost Ark, Smilegate, will be stress testing the beta when it launches and funnelling every player into a solitary world to see how much of a mess they can make of things before dividing the game into smaller servers. Amazon was sure to stress the queue times.

How to get a Lost Ark Closed Beta Key

If you were in the Alpha for free, you might not be eligible for the Beta, but lots of other websites have been doing mass giveaways, indicating that both companies obviously want as many people in on the action. You can always purchase a pack from Amazon to get a beta key immediately, redeem it and then cancel the package, as it won’t be usable until March 31st, 2022.

Lost Ark on Amazon US

It turns out there is a Lost Ark Twitch Drops campaign kicking off when the beta starts. The beta has no NDA, so a list of approved twitch drops enabled streamers are going to showcase their gameplay. The list of drops enabled streamers is known for day one, with players like Cohhcarnage, Shroud, Zizarian and Preach getting drops for day 1, (maybe even longer) and will rotate throughout the beta, so we cant share or where to go. However, if you look at the Lost Ark twitch section when it goes live, you can find a streamer and sit there for 30 mins if the above names don’t suit your taste. When that time is up, you’ll get a Lost Ark beta key in your Drops inventory. Once you get one, redeem ait and you’re good to go. If you want more information, you can check out the Lost Ark survival guide on the Amazon Games Lost Ark website.

What’s in the Lost Ark Beta?

Yes, the beta will be featuring microtransactions, but to offset the fact the beta will presumably include a full wipe of any progress before the game’s launch next year, you’ll be getting 40, 000 Royal Crystals, which could be a massive amount of wealth or a pitiful amount.