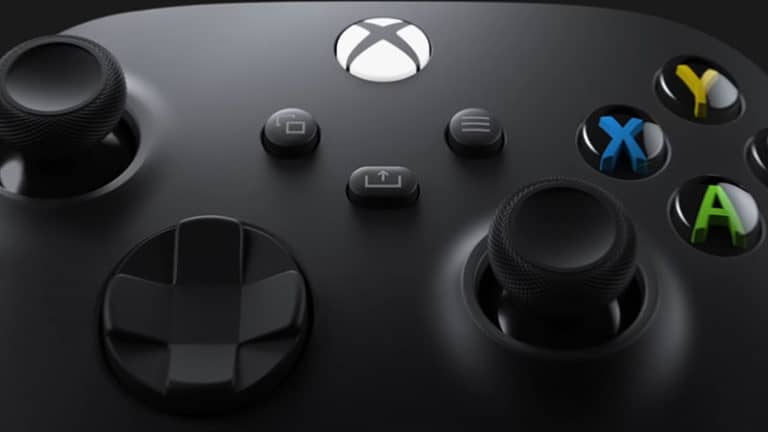 Table of Contents hide
Is a new Xbox on the way?
Microsoft doesn’t need a new console yet

It’s been just under two years since the Xbox Series X launched, and according to journalist Brad Sams, Microsoft could already be working on an improved version of the Xbox Series X chip for the console, as stated on his YouTube channel. This could mean that Microsoft is actively looking to either improve on their current board designs for the Xbox Series X through a smaller revision of the hardware, or they could be developing a brand-new chip, that could go into some kind of ‘refreshed’ Xbox Series X console, though we think that the latter is coming just a little bit too soon in the console’s lifecycle. You can view the video from Sams below.

Microsoft is working on a smaller, more power-efficient chip.

It is unclear as to what node the chip is being developed on, and Sams goes further to state that Microsoft is always attempting to improve the performance and costs of the chip. We’ve seen this in previous console generations, where slight chip revisions for consoles release silently that improve performance while mitigating manufacturing costs for the console. The most famous of Microsoft’s console revisions is the Xbox 360 ‘Jaguar’ model, which was immune to the sweeping Red Ring of Death issues that the console faced.

Again, these revisions are something that all console manufacturers do and is nothing too exciting to get yourself hyped about.

Is a new Xbox on the way?

Yes, companies are always looking to improve on the yield, cost and thermal output of the chips that they’ve developed for the new consoles. What is unlikely however is that this is a sign of some kind of ‘improved’ Xbox Series X. It is still too early in the console’s lifecycle for the Xbox Series X to be upgraded. We’ve seen Microsoft improve their consoles before with the Xbox One X, and we will inevitably see it with the Xbox Series X later down the line.

They must already be working on an improved version of the console, but the chip that Sams is likely referring to is likely to be a simple board revision rather than a spec-bump across the board that will see games running much better than the standard Xbox Series X. Foundries like TSMC, who make the current Xbox Series X chip will already have booked out time to make the new nodes for whatever revisions that Microsoft might be cooking up. But, we believe that this isn’t anything too dramatic to get excited about quite yet, as there is no indication that this points towards a new console in any way.

However, it’s more than likely that the successor to the Series X is still in active development, but as of right now, there are very few whispers as to what this console would look like, what technology it would bring to the table, and what kind of performance uplift you can expect from it. We don’t believe that we’ll be seeing this until Microsoft manages to cram AMD’s RDNA 3 into a new SoC, as that’s one thing that would actually provide a performance uplift, in tandem with Zen 4 processors. Both of these are still unreleased, and it could be likely that the performance boost that any SOC developed with RDNA3 and Zen 4 might not be quite enough for Microsoft to invest so heavily into making a revision based on both of them quite yet.

Additionally, since stock issues have persisted since the launch of the console, Microsoft might want to hold up before they release any kind of new console, since it took around five years for them to improve on the base Xbox One with the release of the Xbox One X, so for those hoping for a more powerful console from Microsoft, you might want to cool your jets.

There’s just not enough evidence out there that points to this being a more meaningful console update rather than just being a simple board revision, something we’ve already seen countless times in console generations gone by. Additionally, TSMC is currently fully booked at their foundries, meaning that if Microsoft were to want to purchase time at TSMC to make a new chip, it could take a hefty amount of cash to secure them, and if the console was to be developed on a different node, then they have to contend with any potential yield issues.

What we will say is likely is that whatever the Xbox Series X successor ends up being, it’ll be on TSMC’s N3 node, which is currently primed to be used on Apple’s upcoming chips throughout 2023 and 2024. This timeline allows Microsoft to base an improved node on this process and wait for it to mature for a little while to improve the yield ahead of signing it off and sending it over to TSMC. Remember, the timescales for this kind of thing work in years, so even if they were to be working on a revision right now, we might not even see it hit shelves until around 2025. But, this is all purely speculation and is unrelated to the news as stated by Brad Sams about the chip revision, which we believe is not related to any sort of new console being announced imminently by Microsoft.

Even though we are almost two years into the current generation, games that require the full strength of the chips have not really come out yet, we’ve not seen these consoles tested to 100% of their capabilities. Engines for titles that run on Unreal 5 are still nowhere to be found in a consumer product, and it’s going to be a little while before we see any of those big, blockbuster visuals arrive on the scene yet. That’s why we think that the current power of the console is more than enough until more developers manage to get their heads around shipping titles that manage to use technologies like DirectStorage effectively. A lot of development is still cross-generation to get a wider install base.

But, Microsoft is actively working on cutting-edge titles like Hellblade 2, which promises us stunning visuals based on the trailers that developer Ninja Theory has released. It’s an exciting time to see the AAA space iterate, and while they catch up, we probably don’t need another console that shifts the goalposts once again to arrive quite yet until we see more games make use of the total amount of power that we can see out of the