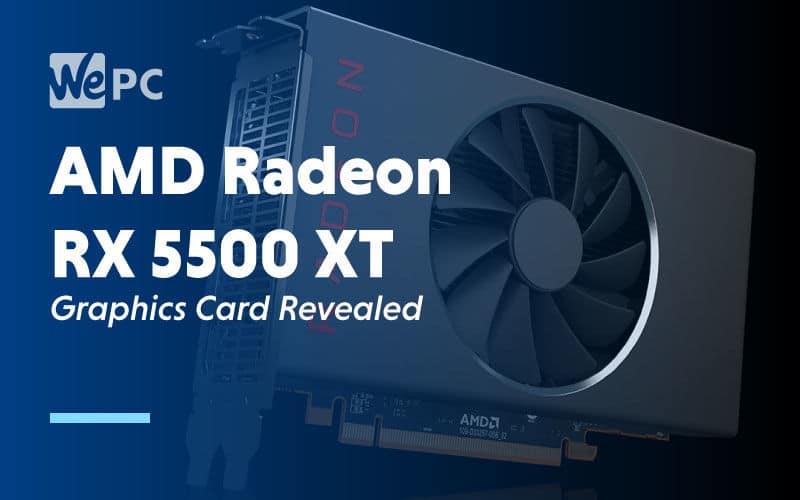 A new graphics card has been revealed by AMD that looks to take on Nvidia in competition. The AMD Radeon RX 5500 XT will be going up against the likes of the Nvidia GeForce GTX 1650 SUPER in competition for the best budget graphics card on the market.

AMD revealed that RX 5500 range in October with an aim to bring out a budget range of gaming cards, capable of pulling of 1080p resolution for its users. With this in mind, AMD’s RX 5500 looks like it more than fits the bill.

While we haven’t had a chance to test it out ourselves yet, we wanted to share with you all the details we currently have on this new budget graphics card from AMD.

The RX 5500 graphics card promises “smooth, fluid” gaming at 1080p and comes in either 4GB or 8GB versions.

With 7nm RDNA architecture, the card ensures you get 1.6 times more performance per watt than other cards. This gives you a 12% performance boost over AMD’s RX 480 GPU. It also consumes 30% less power.

According to AMD, the RX 5500 XT shows a 15% performance boost while playing Gears 5 and 20% boost for Battlefield 5 when compared to Nvidia’s GeForce GTX 1650 Super.

The graphics card has a multi-level cache hierarchy which should boost the responsiveness of your gaming experience. AMD’s card is optimized for esports gaming and reaches 90FPS comfortably, meaning you’ll be able to play titles like Overwatch, Rainbow Six Siege, and Fornite without issue.

When Will The AMD Radeon RX 5500 XT Card Be Released?

Good news – this graphics card is now out and ready to purchase, being released on December 12th. We should expect more news and performance benchmarks to crop up in the following days and we’ll be sure to keep you up to date.

How Much Does It Cost?

With such a competitive price for the level of performance you get, it looks like AMD is serious about being crowned the victors in the competition to create the ultimate budget graphics card for gamers.

As if that wasn’t enough, AMD is also throwing in some freebies too. You can receive a copy of Monster Hunter World: Iceborne Edition as well as a three-month subscription to Xbox Game Pass when you purchase the graphics card.