On the tail of AMD’s lackluster launch of the Radeon RX 5500 GPU in October that only saw a select few units in OEM builds, reports suggest the chip manufacturer is planning a full-scale launch on December 12th.

Until now, the card has been the reserve of OEM laptops and desktops from PC makers and not available to the average consumer.

The news surfaces courtesy of IT House, who suggests AMD has let a number of partners know about the impending launch date next month.

The latest claim aligns with what AMD has previously stated, specifically that custom models of the Radeon RX 5500 from third-party manufacturers GIGABYTE, MSI, ASUS, ASRock, Powercolor, XFX, and Sapphire would hit shelves by the end of Q4 of this year. With a little over a month to go before the close of the year, December 12th appears as good a date as any. 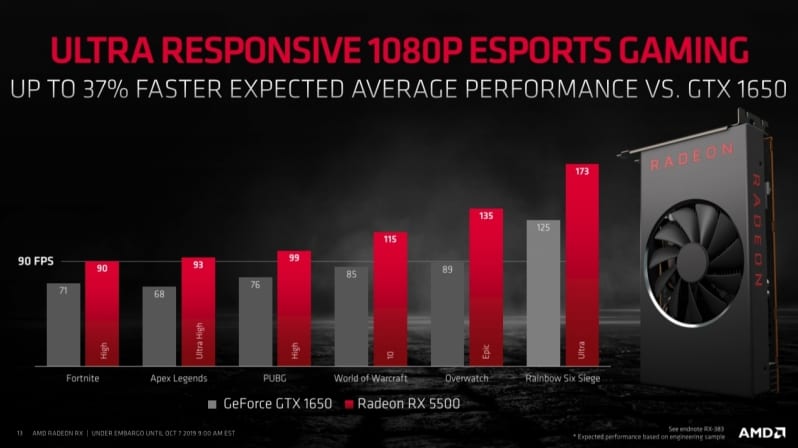 It is set to rival and surpass NVIDIA’s equivalent GeForce GTX 1650 GPU in terms of raw performance to the order of 37% according to marketing documentation. Very little is known as to its capabilities when squaring up to NVIDIA recently launched GeForce GTX 1650 Super variant.

As for pricing, the sub $200 mark seems like a good bet, but with the news firmly within the realm of a rumor at this point, we’ll have to wait a bit longer to get firm confirmation from AMD.

A new Radeon software update is also slated for December, which would tie in well with a full release of the Radeon RX 5500.