Home » PC Tech & Gaming News » Cities Skylines VR – what we know, when it’s out & what we can expect

Cities Skylines VR – what we know, when it’s out & what we can expect

We built this city on (virtual) rock and roll... 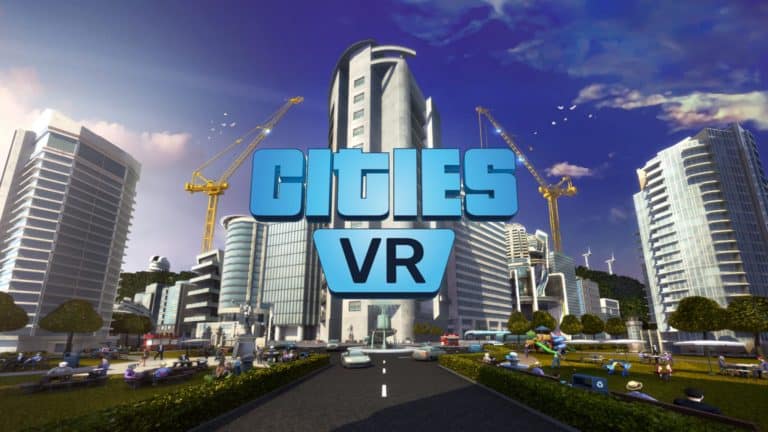 We have spoken about Cities: Skylines and how popular it is here at WePC before and have looked at the possibility of Cities Skylines 2 and whether it is actually on the horizon or not.

What we haven’t mentioned so far, is this new VR version which has a release date confirmed now for the end of April on the Meta Quest 2 (I know, I know, it is the Oculus Quest to you and me, but for the sake of keeping the peace with Zucks…).

Strangely, for a game where you think you could virtually experience the skylines of your cities for themselves, the Skylines moniker has been dropped from the game, leaving us with just Cities: VR.

Cities VR – how does it work?

From the gameplay video we can see the dev showing off some of the controls and how laying out roads and pipelines will work before the buildings then start to spring to life and people begin to move into your metropolis.

Only time will tell if this is actually as natural as using a mouse – it kind of seems like it has the potential to be a little clunky as you map everything out from your hovering God-like spot in the sky.

The graphics are also more colorful and less detailed than we have come to expect from the PC version but this is the trade-off of the low-end hardware of the Meta Quest 2. Ultimately, as any VR aficionado knows, you don’t need 4K graphics to get a full immersion into a game. My 200+ hours in Elite Dangerous are a testament to that.

The image above looks pretty cartooney and largely texture free but looking at VR screenshots on high–end monitors is not representative of the overall experience in the slightest.

How is Cities VR different from Cities: Skylines?

Besides the aforementioned dip in graphical fidelity the size of the cities you can create is also vastly smaller – this is being pitched as to create a more “intimate” experience, but it’s more like to be the more intimate capabilities of the Snapdragon processor in the Quest 2 headset.

At launch, we aren’t going to get natural disasters or terrain editing but it is possible these will arrive in the future, although we are not how experiencing a full-on earthquake in VR will make us feel.

Developer Fast Travel Games has now shared a four-minute walkthrough video that gives us some pointers as to what we can expect at the end of the month. Fast Travel Games are a company that specializes in VR and has been given the task by Colossal Order to reimagine its baby in virtual reality form.

Cities: VR is available to be pre-ordered on the Meta Quest Store (which still shows as Oculus.com for us, but, well, meh) priced at £22.99 with a 10% discount for jumping in before the release date