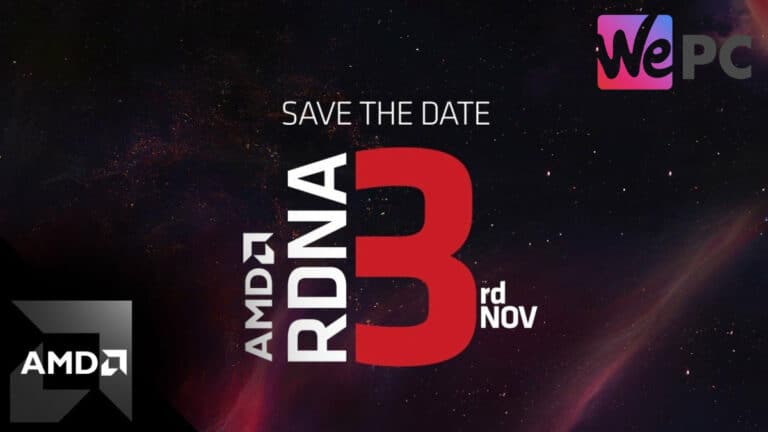 It is finally time, the day has come when we see the unveiling of the next generation of Radeon graphics cards. So if you’re keen on finding out where to watch the AMD RDNA 3 announcement stream you have come to the right place.

We expect to see some exciting releases from AMD with promises of great performance and bringing the fight to Nvidia. Which did beat it to the release with the September announcement of its RTX 4000 series and the release of the RTX 4090.

However, the lineup hasn’t been without its controversies and quite a high pricing and power usage. And so AMD is looking good for a good alternative when it comes to affordability and performance per watt. So let’s find out where and when you can see it.

There are less than 30 minutes left until the stream starts!

The easiest method to watch the AMD RDNA 3 announcement stream is right on its YouTube page. It is the video we have embedded below and so it’s also right at your fingertips and you don’t have to leave to watch it.

There will probably be a bit of a timer before the stream starts so you can get settled. And if it’s anything like other announcements it may take them some time to get to the thing we care about most.

What we expect to see at the AMD RDNA 3 presentation

From the announcement we expect a few RDNA 3 cards to be revealed. Previously we thought it might be the same models as shown for the RX 6000 launch. But recent rumors suggest a bigger top dog in the midst to come straight away and so the possible cards unveiled might be:

There is a lot expected from these cards with a big contender as the flagship if it lives up to the hope. But there also may be other features announced. Such as further improvements to both FSR and RSR. AMD’s answer to DLSS and giving you more from your cards than standard.

As it may add other technologies into its builds to offer more in its selection, such as Nvidia’s DLSS 3. But it may also want to keep it simple and just offer a cheaper price to entice more customers.

When is the AMD RDNA 3 announcement?

As was confirmed a while back now, the AMD RDNA 3 announcement is coming on the 3rd of November 2022.

It comes a few weeks after all of Nvidia’s hype of product launch and just before the RTX 4080. So this is a good opportunity for Team Red to grab up some demand for those unsure of what Green is offering this generation.

What time is the AMD RDNA 3 announcement?

If you’re still not certain of the time in your local area, you can check out AMD’s video which should have a countdown with your time on it.

Whether you watch from our article or head over to AMD’s YouTube channel, your experience will be the same.

Don’t forget, you can watch this presentation at any time you want after it takes place, with YouTube allowing playback on live videos.