Can a console beat a 3080? Not really but there's other factors to consider 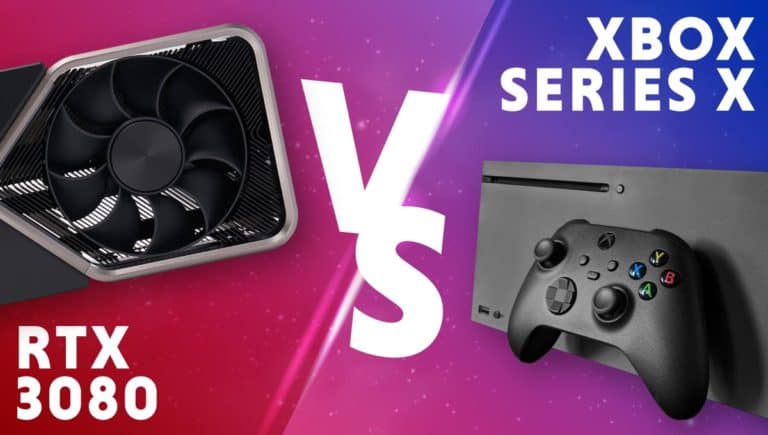 Following on from wondering is the RTX 3080 better than PS5? We now compare Nvidia’s RTX 3080 vs Xbox Series X.

They both came out towards the end of 2020. In the middle of the pandemic both suffered from a shortage. With many struggles to get stock at its recommended price.

But now coming out of the slump we see GPU prices and stock returning to MSRP. With consoles seeing the same return to form.

This means there is some deciding which of the two options to buy. With many factors to consider when comparing the two.

So we go through a few of them and do our best to compare them. Helping you decide which of them to pick as it can be hard to do so between different platforms. 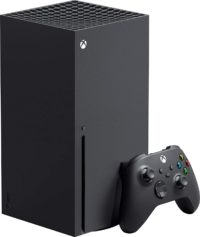 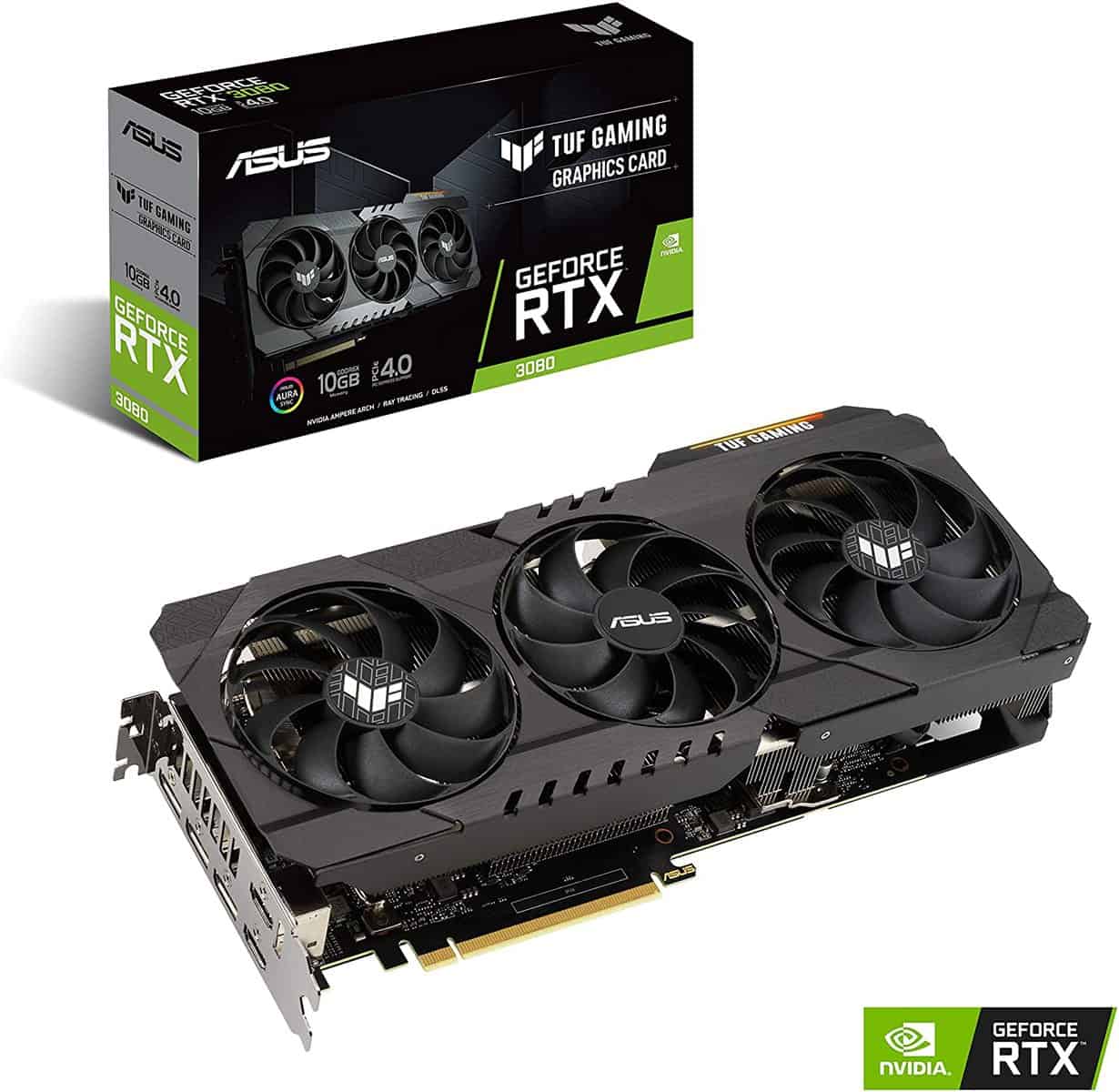 Not the most aesthetically pleasing 3080

The base difference between the 3080 and Xbox comes from the different architecture found in the two. With one being a discrete card and the other an integrated option there are many differences.

With that, we still look at what they’re working with. As the RTX 3080 is based on the Nvidia Ampere architecture and the GA102-200 GPU variant.

Made with Samsungs 8nm process it creates a die 628mm² in size. Which fits in it 28.3 billion transistors on it.

Whereas, the Xbox Series X features the Scarlett GPU in it, based on AMD’s RDNA 2 architecture. Made with TSMCs 7nm process it contains 15.3 billion transistors in a 360mm² sized die.

We next look at the other features of the devices. With some more comparable and standard parts. There is the frequency, memory, render config and performance.

With a handy table to compare we take a closer look at what each of these categories means.

These are what create the GPU chip itself. Separated into different sections, they each have their own specializations.

As such we look at the shaders, TMUs, and ROPs. These work on the shadows and shading, working on textures from bitmaps, and then rasterization.

All of which work together to create the final graphics you see. So then we see how they compare between the two. Although with different architecture will give them different performance and utilization.

Similar to what we see in previous Nvidia vs AMD comparisons. With different setups to the architectures.

The clock rate of the silicon is how frequently the crystals flip. This is how the GPU processes instructions.

So with faster processing, it means higher framerates and lower frame times. It is a spec favorable to overclocking to get the most out of the GPU. Although unlikely to achieve on a console.

However, with a custom card and overclocking it is possible to push it further. But it isn’t the sole tell of performance.

The memory of the graphics card is a buffer and pixel storage utility. It allows a smoother experience while gaming.

As for bigger resolutions it gives them the space for the large pixel counts. And then lowering latency between components with a smoother flow of frames.

The total design power of a graphics card gives the amount of energy it requires. And gives you an understanding of your electricity bill.

As well as how much heat it will give off. With the majority of it being converted during the processes.

Between the two options, we see a large difference. With the 3080 at a comparatively massive 320 W. With the Xbox only at 200 W.

A much more efficient and lower-powered card, keeping the costs down for the console.

For a theoretical performance, we can look at the FP32 performance. These look at how well it can do the numbers according to the specs.

With 32 using 32 bits in memory with the precision between 7 and 8 valid digits. With that, we can see the 3080 more than double the Xbox.

With a 29.77 TFLOPS over the 12.15 TFLOPS but that is theoretical. Rather than what they can achieve in actual performance.

There are no real benchmarks of the Xbox series X with solid framerates. But it does offer the ability to achieve 120 FPS in the majority of games. With that being the new cap.

With the resolution the changing factor of the settings. And so that can improve the look but have a good framerate. Especially with available boosts in performance with an entire ecosystem.

Then there is the big factor to consider. As the price can be quite the deterrent, especially in tougher times and when there is a shortage.

So you have to compare budget and convenience over just the pure performance. 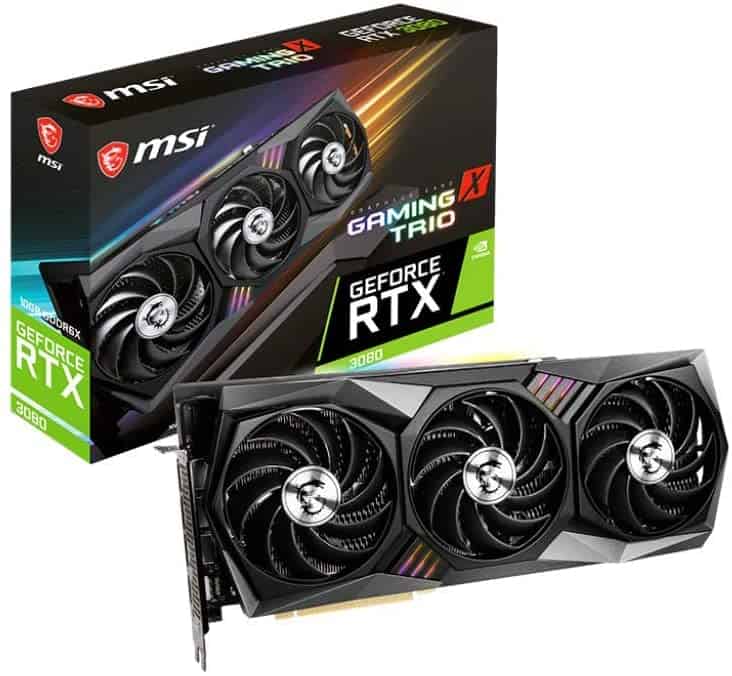 Lies within the higher end of the 3080 price spectrum

In the end, it’s obvious that the discrete graphics card RTX 3080 is better than the Scarlett GPU. But when considering the 3080 vs Xbox Series X there are other factors to consider.

With the console being much more convenient and budget-friendly. So it’s down to what you require and know what to do. As the card requires much more build and money instead of just plug and play.

PCs are also more flexible so it doesn’t need to be just for gaming and streaming. So it’s definitely a hard choice at times.

What graphics card is equivalent to Xbox Series X?

The closest discrete GPU equivalent to the Xbox Series X is an RTX 2080 or a Radeon RX 5700 XT. Although it is a custom integrated chip so doesn’t directly compare. But those graphics cards are capable of achieving the same in-game performance.

How strong is the Xbox Series X GPU? 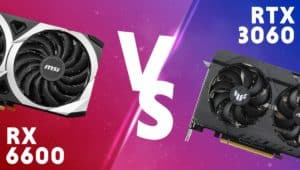 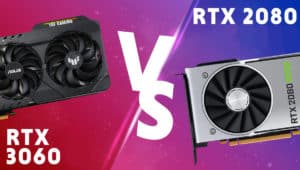 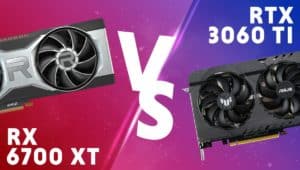 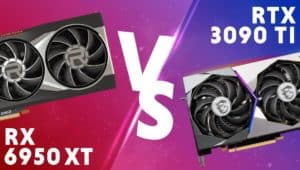