16 Best Gifts For Gamers in 2020: The Ultimate List of Gift Ideas for Gamers 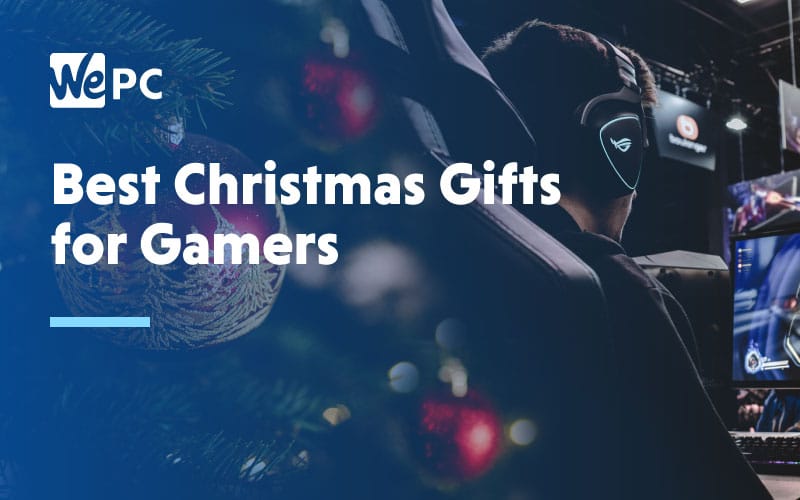 Every year millions of gamers wake up on Christmas morning only to find their stockings stuffed with gifts that have no place other than the bottom of a bargain bin. The WePC team wants to make sure that changes, so we spent some time coming up with a comprehensive buyer's guide on the best Christmas gifts for gamers this year.

Need to buy a gift for a gamer kid? Don't worry; we've got you covered too. We have a special kids gift guide to browse through, and even a list of the best games released this year that any gamer would be happy to find in their stocking.

So, lets dive right into the perfect list of cool gifts for gamers they will surely love and appreciate! 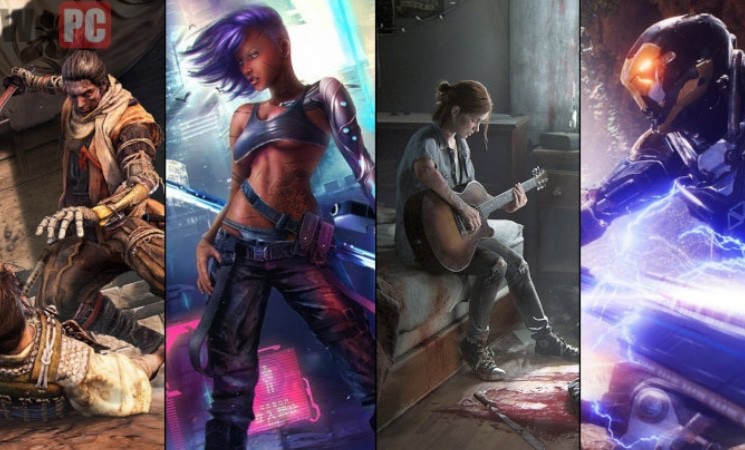 Games will surely be the first thing that comes to mind - But choosing a game to get as a gift for a gamer boyfriend/girlfriend is a daunting task. Not only because the game needs to be something they like, but also something they don't own yet.

Games can be brilliant and truly unique Christmas presents for gamers, with each game acting as a personalized memento from the gift giver. Plus, if you time it right you can even save money on your gift by looking through the Steam Christmas sale!

Their wishlist should be loaded with all the games they want and should give you many choices to choose from - and on Steam you can even make sure that they don’t own the game yet!

Struggling to choose a game as a Christmas gift? You could just send them a Steam gift card, a PlayStation Network (PSN) gift card, an Xbox Live gift card, or a Nintendo eShop gift card, which we’ll cover below. You can also browse games at GoG or Origin.

Computer peripherals such as keyboards, mice, speakers, headphones, and even monitors, are among the items that will definitely improve a gamer’s experience. 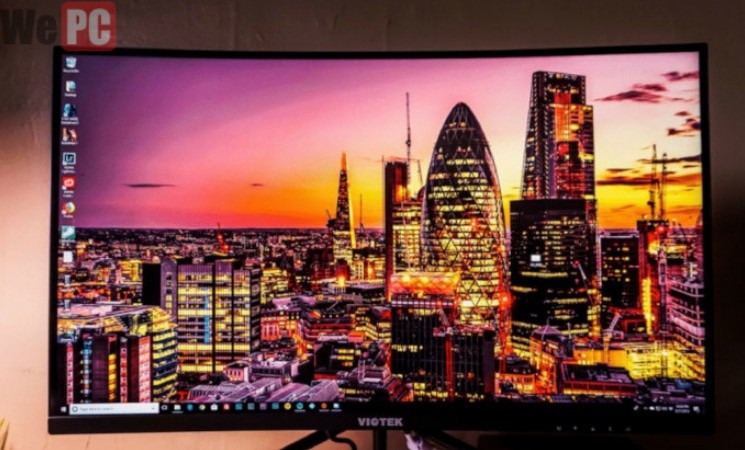 Monitors might be a bit more expensive than other conventional gifts for PC gamers, but if you really love the person you’re buying for, they could be a great idea. We have a great article on the best PC Gaming Monitors available, but for a gift, we would suggest the ASUS ROG Swift, the Acer Predator, the BenQ SW2700PT, the Asus VG245H, or the Acer XB321HK.

Some Of The Best Monitor Christmas Gift For Gamers 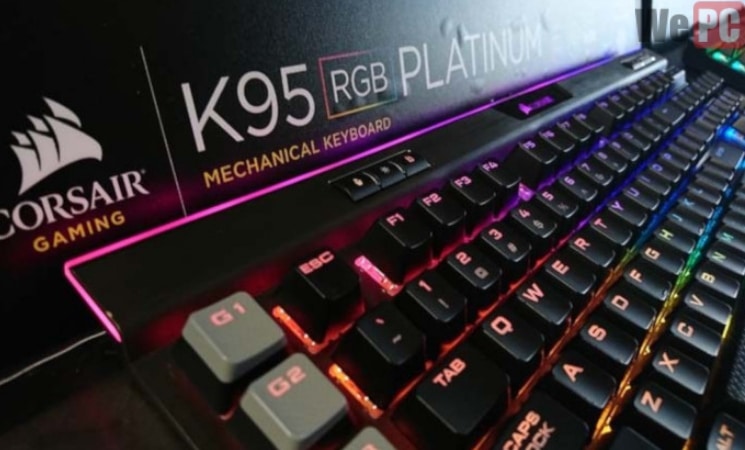 Everyone knows what a keyboard is, but we aren’t just talking about any keyboards here, we're talking gaming keyboards.

If the gamer you are buying for doesn't have a mechanical keyboard, then they are definitely going to thank you. They are the perfect Christmas gift for gamers, with LED lights, more responsive keys and even a better design when it comes to gaming.

For a more in-depth review on some of the best keyboards available today, check out our page here - otherwise, we think that  these keyboards would make the perfect Christmas gift for gamers this year:

Best Keyboards To Use As Gifts For Christmas 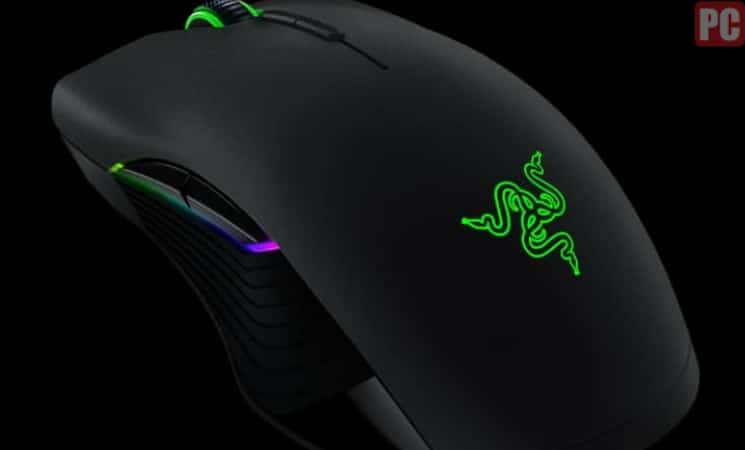 If the person you are buying for already owns, or will be receiving a top-quality keyboard for Christmas, then the chances are that they will want to receive a proper gaming mouse as well,

Gaming mice are specifically designed to offer the best experience and control when gaming, so to give one as a gamer gift for Christmas is a great idea.

In fact, there are so many designs that if you are buying a Christmas gift for your gamer girlfriend/boyfriend, you could always look into matching or corresponding mice for when you play!

Check out our full reviews of the best gaming mice of 2019 right here, but for a Christmas gift we strongly recommend the following gaming mice! 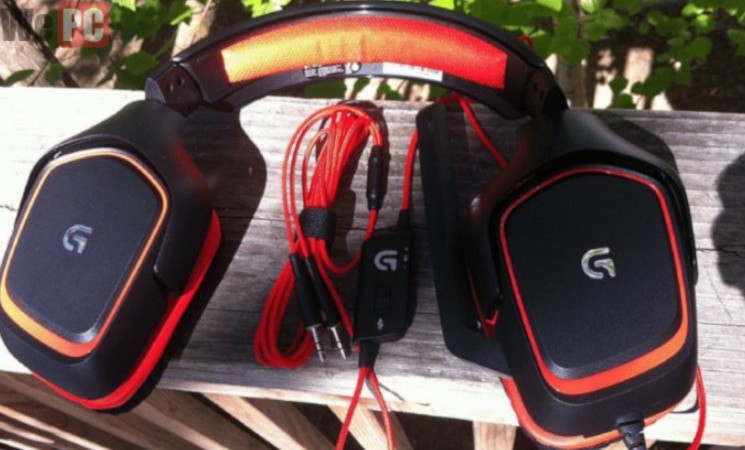 Quality headsets are invaluable when it comes to gaming, as proper audio quality provides a real advantage when gaming - especially competitively. Games like CS: GO, Rainbow 6 Siege, Fortnite and more all expect players to take their audio seriously, and it can provide a huge edge in gameplay.

This makes a gaming headset the perfect Christmas gift - especially if you're looking for a Christmas gift for a teenager that might help to keep their noise down! 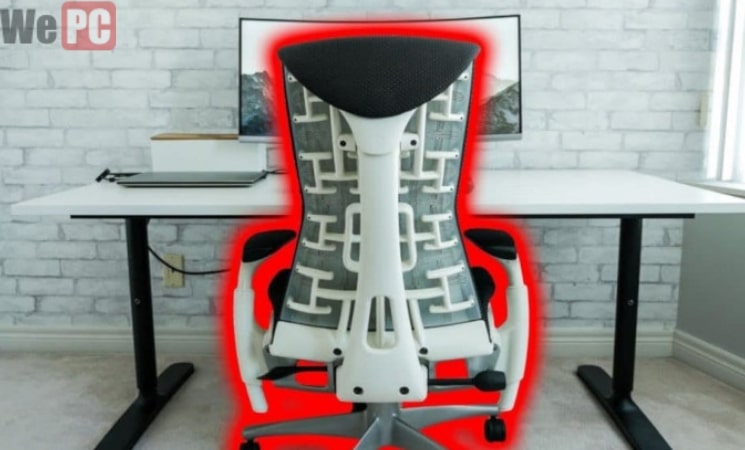 Sitting for hours on end can be uncomfortable as anybody in a desk job knows - which is why it's surely worth considering upgrading to a gaming chair!

Gaming chairs are a brilliant Christmas present idea for gamers, as they provide a value that the gamer in your life might not have even considered yet! Check out our full article on gaming chairs to learn why we endorse them and find out our top gaming chair picks here!

There are tons of options when it comes to gaming chairs, but if you are trying to buy that perfect Christmas present then we strongly suggest Secretlab or Noblechairs. 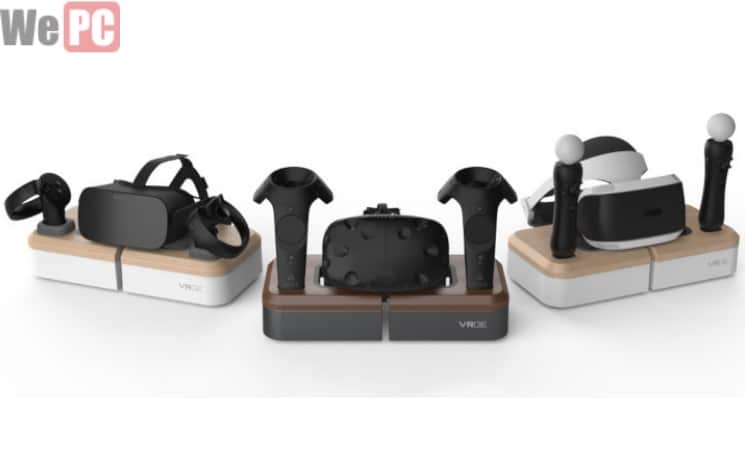 Virtual reality is tipped to be the future of gaming, and if you have a VR capable gaming PC, you will know that it can take gaming to an entirely new level. There are three prominent VR headsets on the market right now - and each would make a brilliant Christmas gift idea for a gamer! 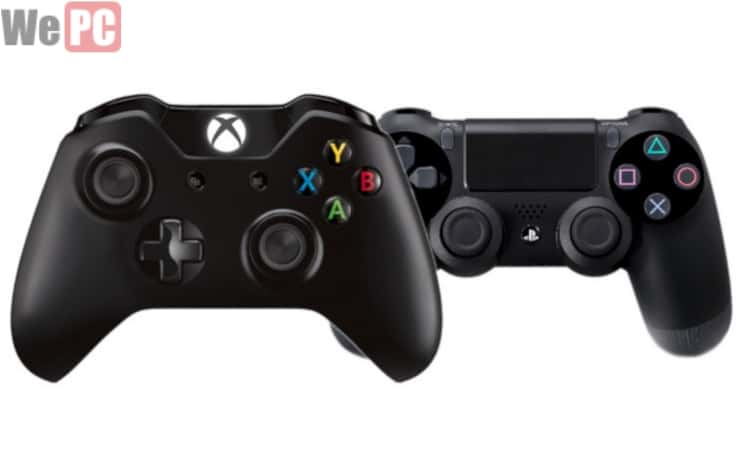 Controllers are among the best, easiest gifts you can give to a gamer. Even if they play games using the conventional keyboard and mouse combo, there are games that are just better off played using a console controller-- like racing and fighting games.

Even if they play on a PC, there are plenty of ways to connect a controller to your PC, so make sure that you consider a controller as a Christmas present for the gamer in your life this year.

If you would like to buy a more affordable gamer gift, then look no further than some of the most popular gaming accessories on the market today.

Gaming accessories are great Christmas gift ideas, they help to improve gamer's experiences, they look good and they are cheaper than a lot of other gamer essentials on this list!

If you’re looking for a more affordable list of gifts for gamers, there are a handful of gaming accessories they will surely love.

Here are just a few Gaming Accessories That We Recommend: 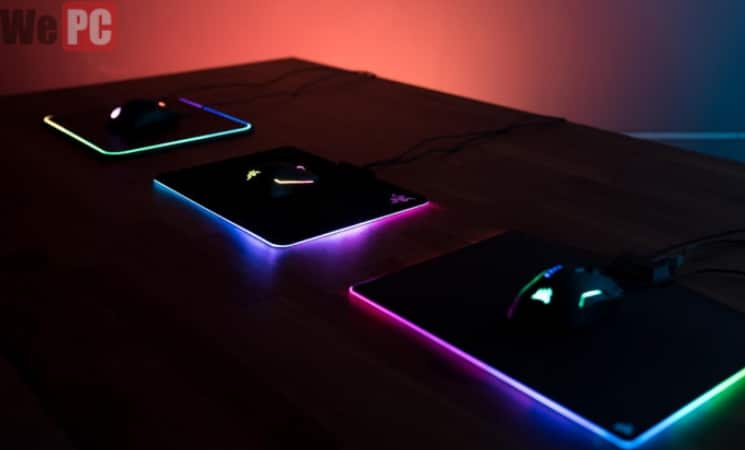 We Recommend The Following Gaming Mousepads As Gifts: 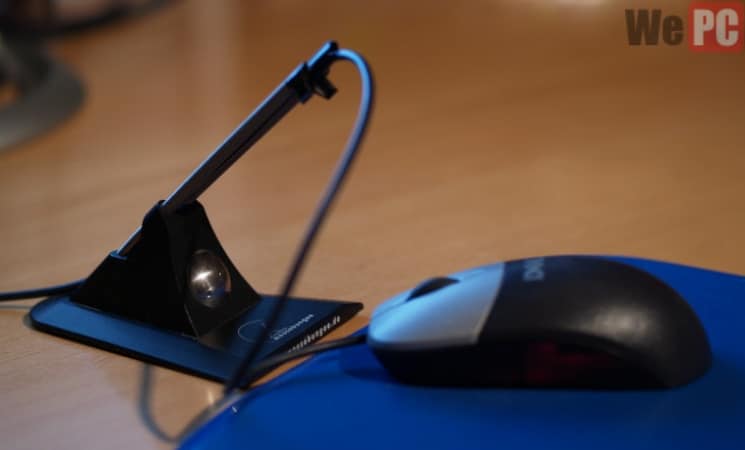 Whats a mouse bungee you ask? Well, it holds the mouse’s cord off of the desk so that it doesn’t get caught on things, or fray over time. Mouse bungees are generally aimed at hardcore gamers, although others might find it useful.

If you think a mouse bungee is a perfect gift for your loved one, consider our personal picks below: 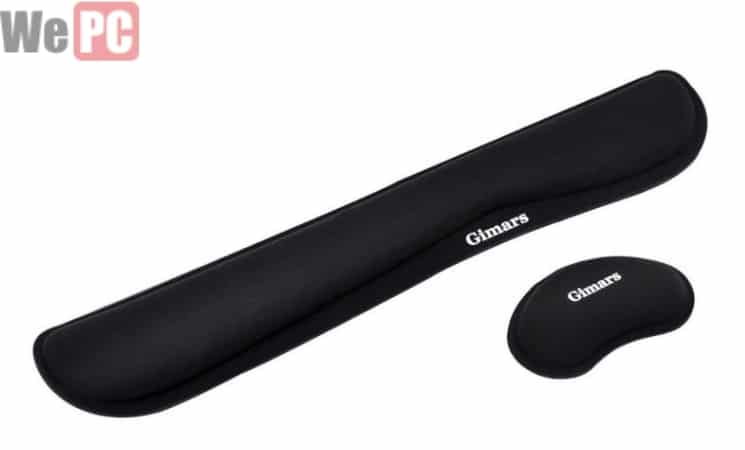 Whether you have a gamer boyfriend, a gamer girlfriend or just know someone who games a lot a wrist rest could be the perfect Christmas gift idea - and it might save you money on carpal tunnel surgery later down the line! 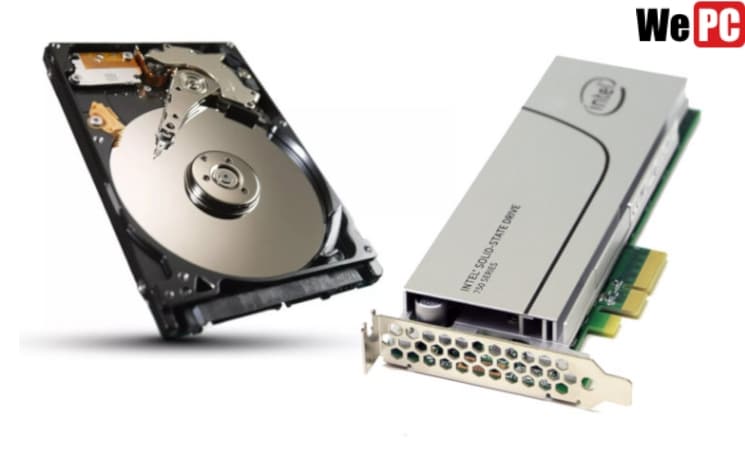 Whether your loved one plays on a console or PC, a hard drive is definitely essential. Games are becoming larger and larger as the years go by, so extra storage is always welcome.

What kind of hard drive is best though? When it comes to choosing Christmas gift ideas for gamers its important to know what your buying. There is nothing wrong with having a traditional hard drive, but an SSD does offer quicker load times in trade for a higher price point. Confused as to what might be the best gift for the gamer in your life? Check out our comparison here. 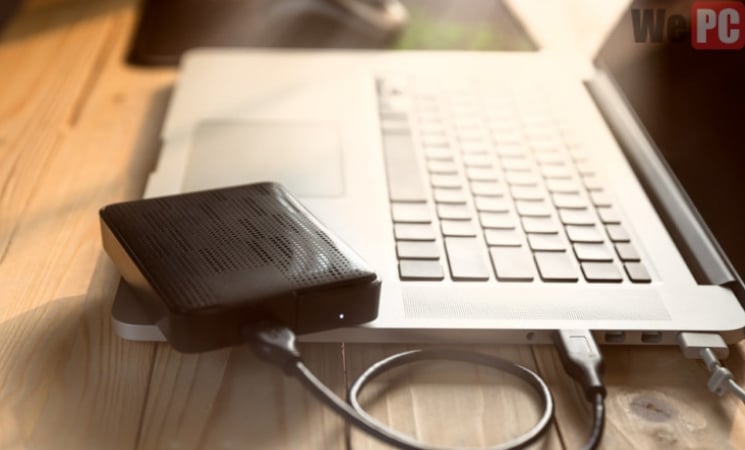 An external hard drive is one of the best Christmas gifts you can get a gamer, as it has all kinds of advantages to it. Not only do they offer additional storage so more games can be installed, but they can be used on all kinds of devices and computers AND they are portable.

If you feel like performance might factor into your decision when it comes to what to get for Christmas, then you can consider a solid-state drive. These offer quicker load times than traditional hard drives, and are favored by gamers for just this reason! 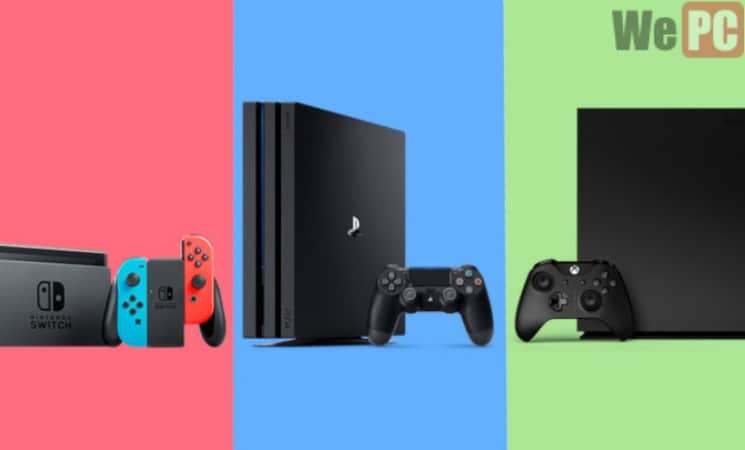 One of the best Christmas gifts for loved ones who game is definitely a console.

A brilliant alternative to a gaming PC, consoles offer easy gaming with massive audiences and communities. -But which among the different consoles should you get them?

the PS4 Slim or the PS4 Pro are the latest in PlayStation's line of consoles, and will definitely are two of the best performing consoles on the market today, with an extensive library of games to choose from.

If they already own a PS4, you can always choose from either the Xbox One S or the Xbox One X as a Christmas present idea. It’s worth noting that often the Xbox One is cheaper than a PS4, but that many feel the PS4 has a superior catalogue of games - however, many games on Xbox One are playable on PC as well thanks to Xbox Game Pass.

If you’re still uncertain about these consoles then check out our full article on the differences between the two brands!

Last, but not least, the Nintendo Switch. This is both a living room console and handheld console at the same, time since you can dismount it and take it on the go.

While this console is a few years younger than the PS4 and Xbox One, Nintendo has done a great job supporting it with titles like The Legend of Zelda: The Breath of the Wild, Mario Odyssey, and Octopath Traveler. The young, yet large install base has also meant there’s been a constant influx of ports, as well. 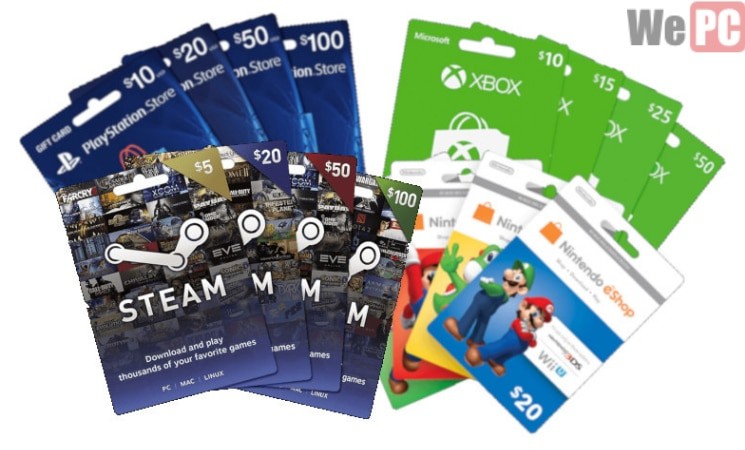 Gift cards might feel like a cop out, but sometimes there’s no better Christmas gift idea for a gamer than giving your loved ones the gift of options. Instead of having to go through all the hassle to find what games they like to play, give them gift cards instead! 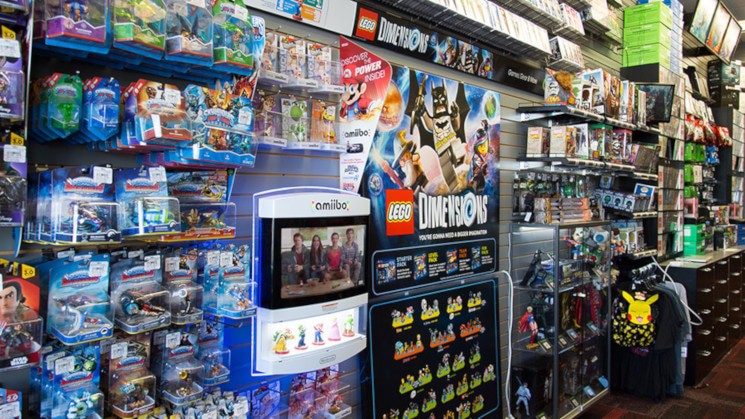 Gaming merchandise is always popular, especially when the game it comes from is one that your gamer boyfriend, girlfriend or general gift recipient loves.

You can find t-shirts, hoodies, bobbleheads, action figures, keychains, posters, arts, USB chargers, backpacks, coffee holders, and more, that are inspired by popular games. If you have an idea what they like, head over to Amazon or your nearest gaming shop!

The Best Gaming Merchandise To Use As Gifts For Christmas

And there you have it! We hope our list of the best gifts for gamers has been helpful to you, and that we lent some assistance in giving you ideas for the perfect christmas gift for the gamers in your life!

Which among the items on our list did you pick as a gift for your loved one (or yourself)? Are there any other great gift ideas you have that we should include? Tell us down the comments! We’d love to hear from you!

Which Computer Case Size Is Best For Your Next Custom PC Build?

PC Fan Controllers: Everything You Need To Know