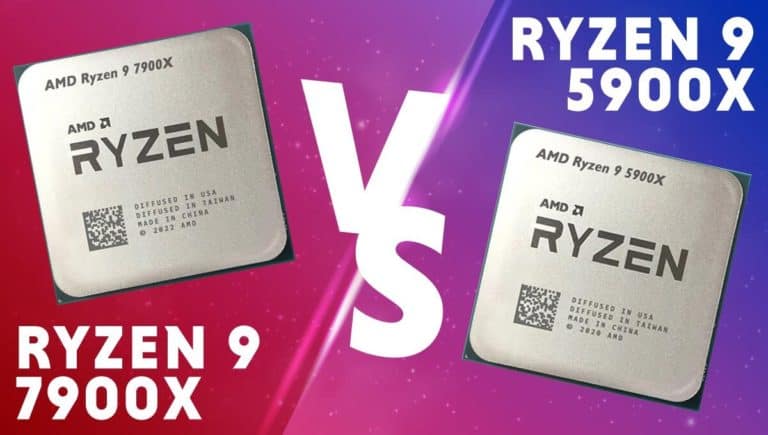 LIVE NOW: AMD Ryzen 7000 series CPUs are on sale worldwide. Easily the most anticipated CPU series ever launched on the 27th of September 2022.

AMD has presented vast supposed improvements over the previous CPU generation, the trade-off is that you have to upgrade your motherboard and RAM this time around to access everything Zen 4 has to offer. 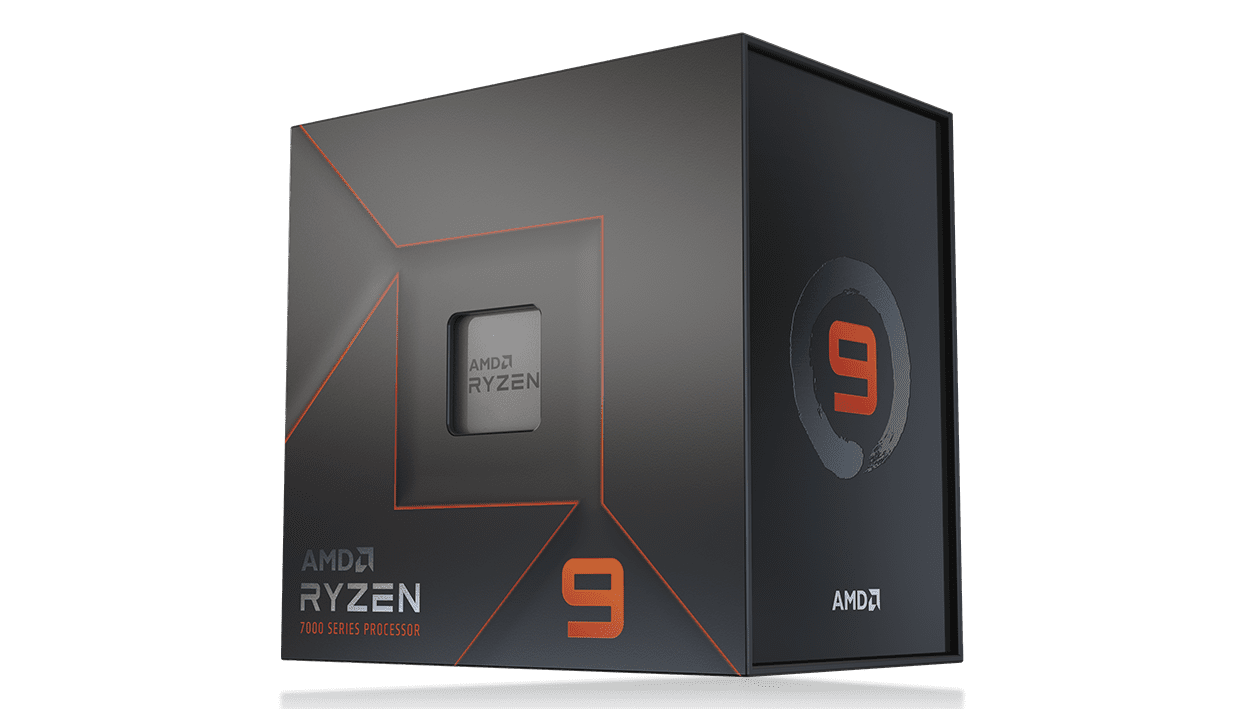 Performance and cost go hand-in-hand when referring to CPUs, especially when you have to upgrade half of your system, so is it worth shelling out? Or is the 5900X still a better choice over the 7900X? Let’s find out.

The review embargo for Zen 4 CPUs is set as the 26th of September 2022, which suggests that we’ll be getting our review samples soon.

AMD as a whole has fallen a little short of intel this generation. Not only does AMD have the more expensive CPUs, but it also didn’t manage to hold its multi-core performance crown, with the 13900K beating the 7950X in multi-core workloads, all thanks to its 8 extra cores. Here’s all the information you’ll need on the battle of AMD vs Intel.

AMD announced some performance snippets and the price of all Zen 4 CPUs. AMD hosted an event on the 29th of August, 2022, detailing the Ryzen 7000 series lineup, and the AM5 motherboards Zen 4 was built upon. With only rumors and leaks to go off the last eight-or-so months, it feels great to get some official confirmation from AMD.

Not only that but projected IPC improvements appear to be higher than even AMD predicted. AMD CEO Dr. Lisa Su explained during the event that, IPC increases are up to 13% over Zen 3 CPUs. This is huge at core frequencies approaching 6GHz.

Price: The MSRP of each Zen 4 CPU is as follows, although you may be able to find a better deal now.

There are much more details to be had on the page we created covering the event.

When comparing two components it’s important to analyze the on-paper specifications of each component and compare them. This will give us a good understanding of how the two components will perform in relation to each other.

The Ryzen 9 7900X is currently the second fastest Zen 4 Ryzen 7000 series CPU on the market. When you look at the specs, it’s a wonder how AMD could make anything faster than this.

The Ryzen 9 7900X specifications are:

The Ryzen 9 5900X was the second-best CPU Zen 3 had to offer (excluding the 5800X3D). It brought significant power efficiency and performance over the Zen 2 processors. The 5900X certainly turned a lot of heads.

The Ryzen 9 5900X specifications are:

We are again comparing the 7900X to the 5900X akin to the first synthetic portion of the 7900X’s performance.

These are the games we tested and the results we found while benchmarking. All of the games are tested in 1080p and on low settings, except for CS:GO which is set on high. Let’s be honest, CS:GO is already pretty well optimized.

As you can see from the results above, the Ryzen 9 7900X can definitely hold its own in real-world gaming scenarios. Milking every drop of FPS out of our games as possible.

Here we will compare the specifications of both the Ryzen 9 7900X and the Ryzen 9 5900X, to see how they both stack up on paper. This should help you make an informed decision when comparing any two types of components in the future.

A CPUs core count is important, as the more cores a CPU has, the better at multitasking it will be natively. There are a few factors that affect a CPUs ability to multitask, like core speed and cache. But the core count is the one that has the most effect.

CPUs with higher core counts are able to handle more CPU instructions simultaneously and avoid a system-crippling backlog of instructions.

Threads are similar to cores, but not quite. Thread is the name given to the second instruction a CPU core can handle simultaneously with the primary. What we mean by this is a CPU core is split or “multithreaded” into two parts, a physical core and a virtual core within the physical core.

A CPU with more cores will have more threads and will again be better at multitasking as a result.

Core speed is a measurement that determines the number of cycles your CPU can complete in one second. A ‘cycle’ consists of three main actions – fetch, decode and execute. It’s these three actions that fundamentally comprise CPU operation as we know it.

A CPU with a faster base and boost speed will generally perform better if it’s part of the same generation and has the same/similar number of cores. Core speed often heavily influences the CPU’s performance in single-core workloads.

A CPU cache is storage hardware built into a CPU. Cach is located much closer to processing cores than standard RAM for speed and accessibility, as only the most important instructions make it into the higher levels of cache. The cache is comprised of three levels and is structured as follows.

Level one cache is integrated closest to the CPU cores to allow for the fastest access speeds. This is where vital data and instructions that need to be accessed quickly is stored.

Level two cache is a middle ground between levels one and three, with median capacity and median access speeds. This is reserved for less vital data but you still want your CPU to have quick access to it.

Level three cache is large and slow, reserved for programs you may run often on your PC. Although we describe level three cache as slow, it’s still much faster than accessing information from your system’s dedicated memory.

More cache is generally better, it allows the CPU to store more frequented instructions allowing much faster access and execution speeds for programs you use the most.

TDP stands for Thermal Design Power and is the maximum amount of heat energy A CPU can output under normal operating conditions. Generally, a CPU with a lower TDP is better because it’s more power efficient.

However, in this case, the 7900X has a higher TDP because it’s much faster than the 5900X, so it consumes more energy. 170W for a CPU that promises a performance uplift of around 35% over the previous generation is still pretty power efficient.

The socket is the component on the motherboard in which the CPU sits and allows communication between the CPU and the rest of the motherboard. If your CPU and motherboard sockets are not the same, they are NOT compatible.

If you’re considering getting a Ryzen 9 7900X you’ll need a new motherboard and new DDR5 RAM for the rest of your PC to be compatible with your new CPU. This is an expensive undertaking and not one for those on a budget.

Again, a Ryzen 7000 series CPU will NOT work in your current AM4 motherboard, thanks mainly to the different LGA socket architecture.

All of the Ryzen 7000 series CPUs come equipped with an RDNA 2-based iGPU. This mainly helps the cost of building a whole new system by negating the need to buy a GPU for the system to work.

AMD is famous for its fantastic APUs, so we expect great things from the RDNA2 series iGPUs in the Ryzen 7000 CPUs.

So, where can you buy a Ryzen 9 7900X? Ultimately it depends on what region of the world you reside in. There are plenty of retailers out there that stock the Ryzen 9 7900X, and we’ve outlined a few for you.

The Ryzen 9 7900X is our clear winner. Its superior core and thread count, with a much higher IPC and clock speeds, will demolish the 5900X performance-wise.

The 5900X can be had for a great deal right now because of the recent release of the newer generation, it will surely cost much less than the $549 7900X price tag. Along with the AM5 motherboard and DDR5 Memory you have to buy.

It’s up to you to decide if the baseline 35% performance increase is worth the money. 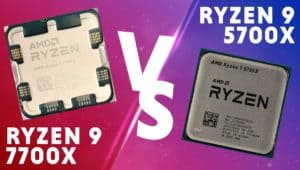 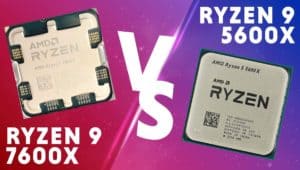 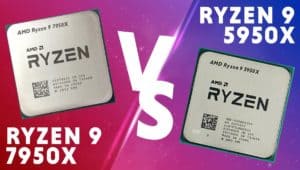 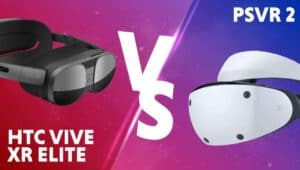