Far Cry is gaming comfort food. The reliably familiar brand of destructive chaos strapped onto a sprawling open-world ripe for exploration is a formula many of us will happily return to time and time again. From the vistas of the stunning Himalayas to the untouched forests of prehistory, the series has let us explore and conquer a rich range of locales, besting some of video games’ most memorable villains equipped with ludicrous weaponry.

With Far Cry 6 creeping ever closer to release, we’ve rounded up what we think are some of the best Far Cry games you can play right now. Without any further ado and with plenty of biased personal preference thrown in (which you can freely contest in the comments section), let’s get started. 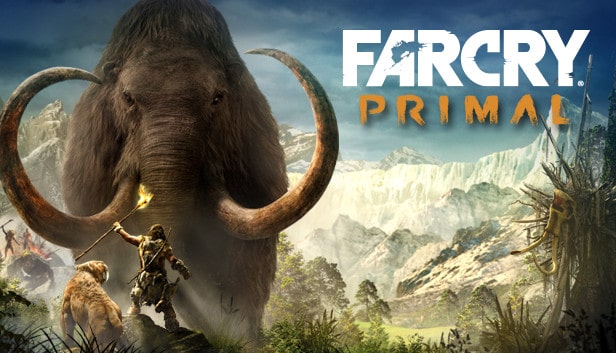 Never hesitant about toying with fresh settings, with Far Cry Primal the series darts back a dozen millennia, casting you as a neanderthal hunter. Rather than cowering in a cave, you’ll draft in the devastating tusks and fangs of woolly mammoths and other prehistoric beasties to war it out with rival tribes or prance into the untouched wilderness straddling a sabertooth tiger.

Prehistory and all means there isn’t a gun, vehicle, or skull-rattling explosion in sight, decking you out instead with bows, spears, slings, and rather revealing animal pelts. Unable to dash out to your friendly neighborhood gun dealer, these all need crafting from materials gathered while facing the elements and the errant hostile wildlife, stressing Primal’s survival aspects. Ubisoft’s decision to create a fictional language and three supporting dialects for each tribe also adds a nice touch of realism.

As exotic as weathering the many dangers facing prehistoric humans and surviving an unforgiving, tense world sounds, Primal ends up presenting a conventional Far Cry experience and feels oddly familiar. The lack of a fleshed-out story and repetitive gameplay jar after a while, too. Nevertheless, taming a troupe of now-extinct wildlife to do your tribe-slaughtering bidding is a real treat and makes Primal well worth a play. 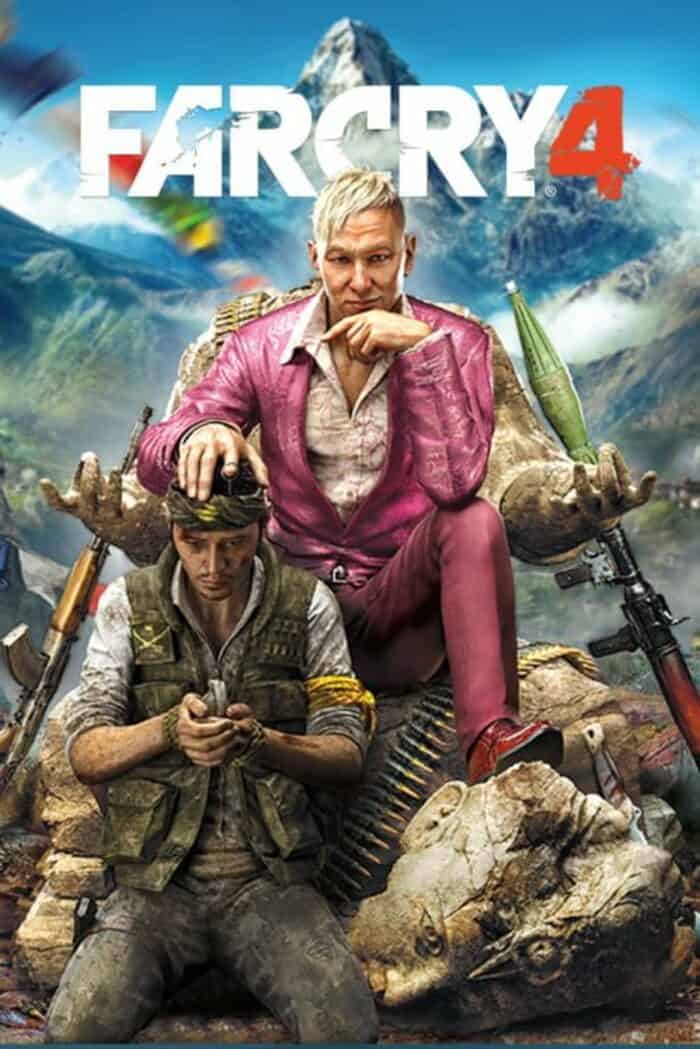 Taking pointers from Far Cry 3, Far Cry 4 is very much an exercise in repetition, albeit with a captivating new villain and an engaging new region in Kyrat, a fictional country teeming with snow-capped peaks, vertiginous ravines, and absolutely stunning vistas loosely based on the Nepalese Himalayas.

Far Cry 4’s open-world is a rich, vibrant, and chaotic sandbox that marshals a dizzying abundance of outposts, hostile wildlife, vehicles like gyrocopters, weapons, and activities with a focus on freedom and ensuring players have something to do wherever they might roam. And, there’s even the opportunity to sit atop an elephant and trample through pretty much everything in your way, from lowly foot soldiers to vehicles.

The stories carrying Far Cry games have never been a focal point, but Far Cry 3 successfully introduces a more nuanced protagonist in Ajay Ghale. A reserved and steely Kyrati-American dual national, he returns to Kyrat to scatter his mother’s ashes but walks into a fraught civil war, one side of which, the Golden Path rebel movement, was established by his father. Before long, he’s deeply embedded with the rebels and forced to juggle internal rivalries while taking on Pagan Min, an extravagant autocrat voiced by Troy Baker.

As far as chaotic open-world shooters go, Far Cry 4 checks all the boxes, making it a rite of passage for Far Cry fans. 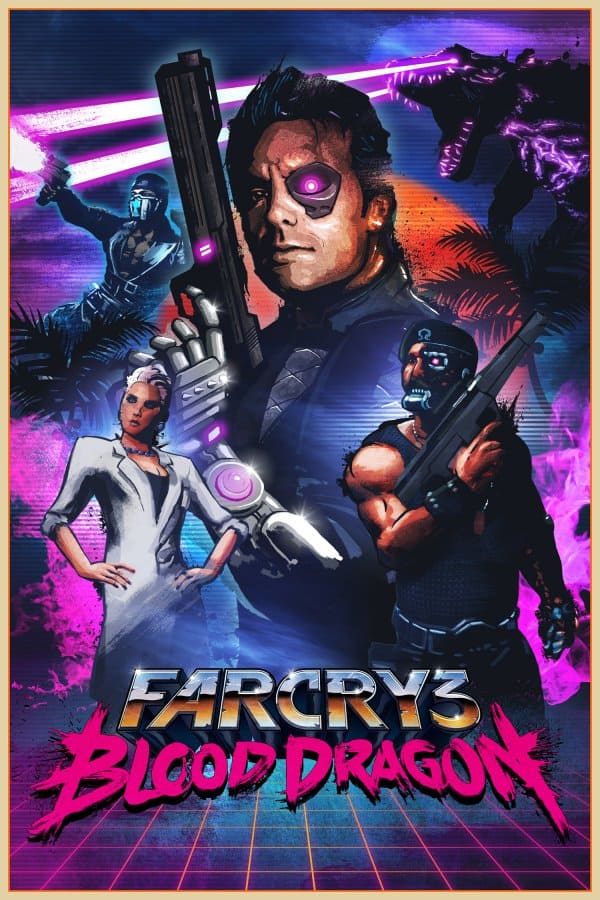 Another off-shoot that proved incredibly enjoyable, Far Cry 3: Blood Dragon douses the world of Far Cry 3 in 80s tropes and pop culture for a delightfully off-beat, self-aware, and silly shooter experience. Much like Primal, Blood Dragon is an experiment that paid off for both players and Ubisoft.

While designed to capitalize on the success of Far Cry 3 and borrowing the same engine and game mechanics, Blood Dragon simplifies the experience, rather judiciously throwing out some of the more tedious aspects such as crafting and the skill tree. Toppling outposts with an arsenal of theme-appropriate, and not to say explosive, weapons never gets old, channeling the very best of Far Cry’s unhinged carnage to great effect.

Blood Dragon also benefits from being a condensed affair, easily experienced in under ten hours or less, unlike the dozens of hours required to plow through the content glue of mainline entries. Far Cry: Blood Dragon never overstays its welcome and is a blast to play from start to finish, whether the 80s retro-futurism resonates with you or not. 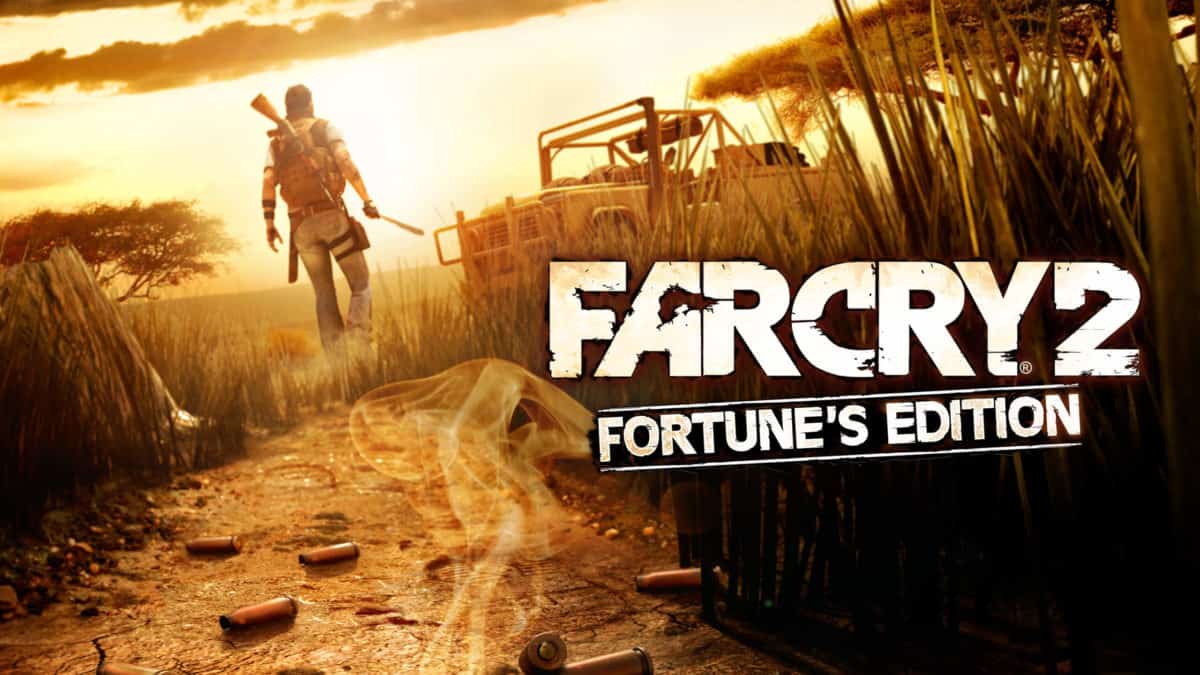 In Far Cry 2, the odds are stacked against you. Trudging through the game’s gorgeous fictional failed Central African state that merges jungles, savannah, and arid deserts is no walk in the park. It’s a tough and surprisingly realistic experience, but one that has endeared itself to many Far Cry fans, holding a unique spot in the series’ diverse history.

For starters, you’ve contracted malaria and need to chug back anti-malaria pills every half hour to ward off death. Weapons degrade over time. Treat your vehicle a bit too rough; there’s that to repair, too. Soak up a few too many bullets, and be prepared to self-administer first aid by yanking out shells with pliers and tearing out shards of glass or popping bones back into their rightful place. And, then there’s the small matter of companion permadeath, or worse, having to euthanize them with a swift bullet to the skull if their battle wounds are too severe. Those outposts you painstakingly clear out? Enemies respawn almost immediately if you venture even a few feet away.

While Far Cry 2 asks a lot just to stay alive, the game features some of the most interesting mechanics the series has seen, not least fire. Depending on wind speed and direction, weather, vegetation type and density, fire behaves in vastly different ways, from ensnaring an outpost in a fierce brush fire to unexpectedly turning on the player requiring a mad rush for safer ground.

The grim premise of hunting down a sinister arms dealer peddling to both sides of the conflict and the relative freedom afforded to the player in how they achieve this is also a highlight. It’s a dark tale that, when coupled with the unrelenting realism, makes every success that much sweeter. 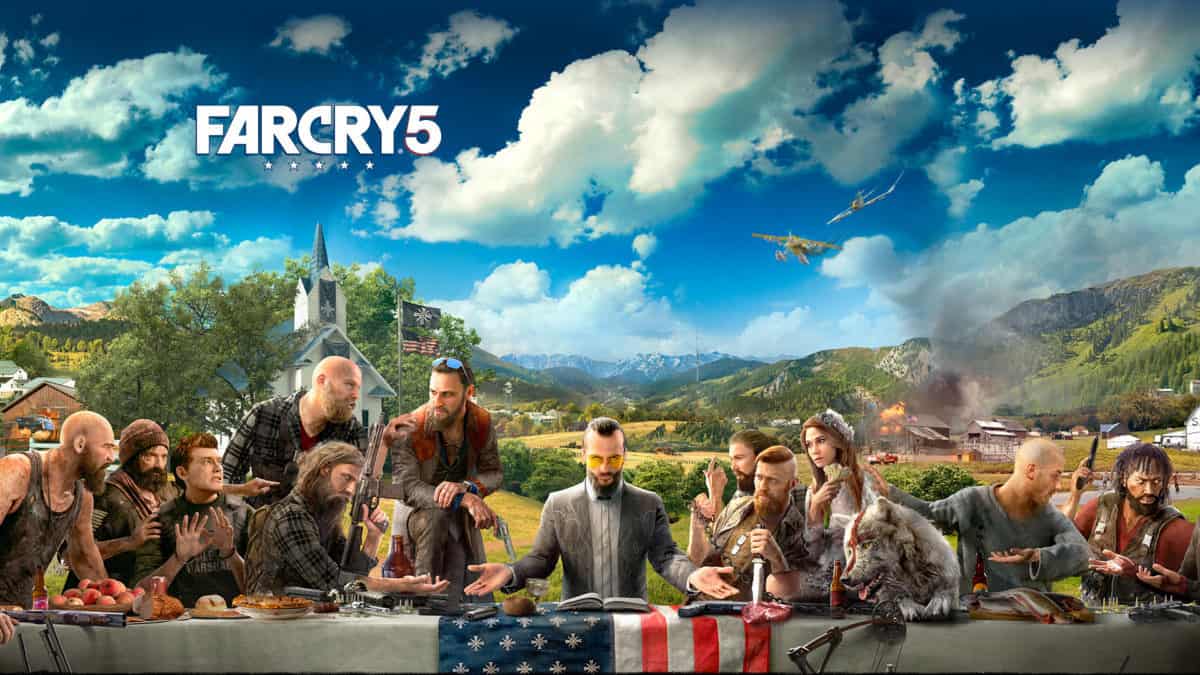 Far Cry 5 is a curious entry in the series. While offering an expansive sandbox littered with explosive set pieces and spontaneous insanity waiting around every twisting dirt road of Hope County, Montana, there’s little in terms of innovation over Far Cry 3 or 4.

A forgettable story and meager attempts at commentary on the current state of the US largely miss the mark, and the formula of exploration, carnage and systematic outpost clearing are near-enough identical to previous games.

But, for those looking to orchestrate utter chaos from a reasonably diverse array of options, Far Cry 5 is a delightfully engaging entry. There’s no end to the inventive ways you can oust the pernicious Eden’s Gate doomsday cult from its entrenched positions across the map.

It’s a formulaic Ubisoft open-world at its contrived best, yes, but for those looking for familiarity ported to a beautifully rendered world heaped with things to do, Far Cry 5 hits the mark. Hell, you even get to save a bear called Cheeseburger. 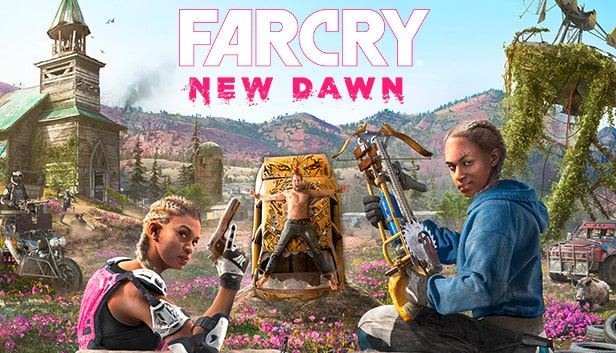 An off-shoot standalone experience released shortly after Far Cry 5, Far Cry New Dawn picks off after the devastating finale and heaps Hope County, Montana in a generous dose of irradiated neon and large sections reclaimed by nature to liven things up a little.

It’s the post-apocalyptic tale of rebuilding after a nuclear war that’s been done to death but bolstered by the impetuous and sassy villainous duo of twin sisters Mickey and Lou, roving Highwayman bandits intent on making everyone’s life more difficult. As a security captain, you’re called in to liberate oppressed survivors and thwart the plans of the Highwayman, all while fostering your own settlement known as Prosperity.

Tearing through outposts and managing scarce resources, you’ll note Far Cry New Dawn reuses many of the same gameplay system and activities as Far Cry 5 but holds enough unbridled, frantic fun thanks to a host of new weaponry such as the brutal saw launchers to keep things feeling reasonably fresh.

In many ways, Far Cry New Dawn is more of the same unhinged, chaotic shooter action with a fresh lick of paint and a compact narrative slapped on for good measure. There’s nothing wrong with that, but don’t jump in expecting an innovative Far Cry experience. 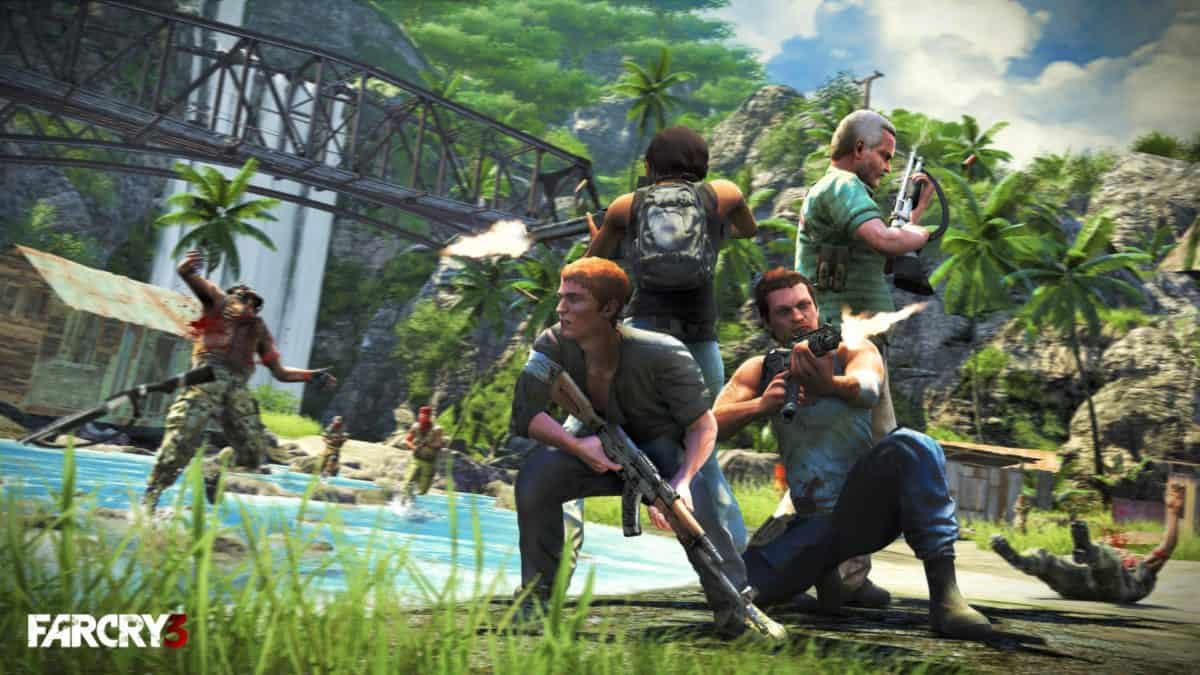 Before Far Cry 3, the series had dawdled on, slowly iterating with each successive game but without turning too many heads. Far Cry 3 changed the series forever, catapulting into the gaming institution it is today and cementing it as one of the most popular out there.

The wrong-place-wrong-time story won’t impress, but few Far Cry narratives do. Cast as Jason Brody, a surprisingly combat-ready American holidaymaker who finds himself captured by a gang of pirates, you must scour the fictional Rook Islands for kidnapped friends before they’re auctioned off as slaves leaving a trail of carnage in your wake.

By some inexplicable turn of fate, Brody doesn’t bat an eye as he gallivants across the islands gunning down merciless pirates, setting down military-grade landmines, and commandeering vehicles ranging everything from dune buggies to hang gliders. But where Far Cry 3’s story excels is in bringing to life the most recognizable villain ever to grace the series – Vaas Montenegro, voiced by Michael Mando of Better Call Saul fame. Psychotic, unpredictable, and charming in equal measure, Vaas’ brief but memorable appearances are a highlight, endearing him to countless players along the way.

As for gameplay, Far Cry 3 introduced many elements that are now series mainstays, such a crafting, freeform objectives taking, hunting for materials, skill trees, and a genuinely captivating open-world ripe for exploration. Traversing it is one action-packed encounter after another, and therein lies much of Far Cry 3’s timeless appeal: messy, chaotic carnage. In many ways, the series continues to chase the unmatched highs of Far Cry 3 to this day. 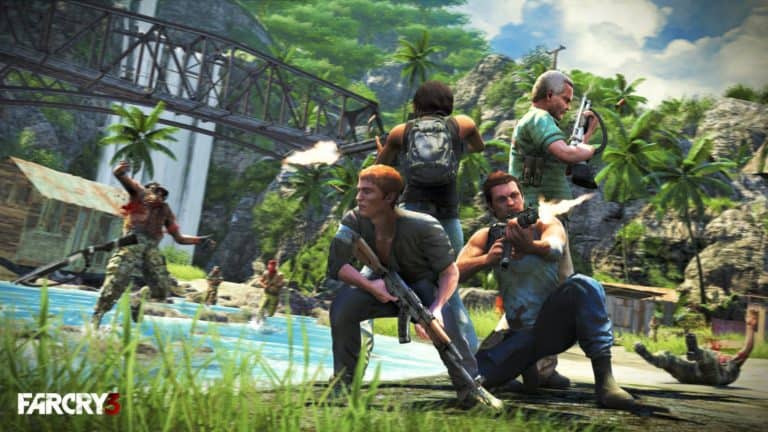 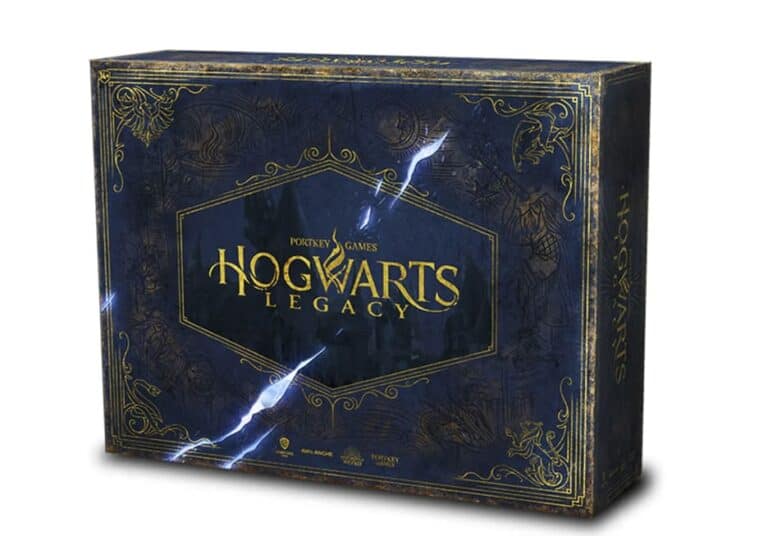 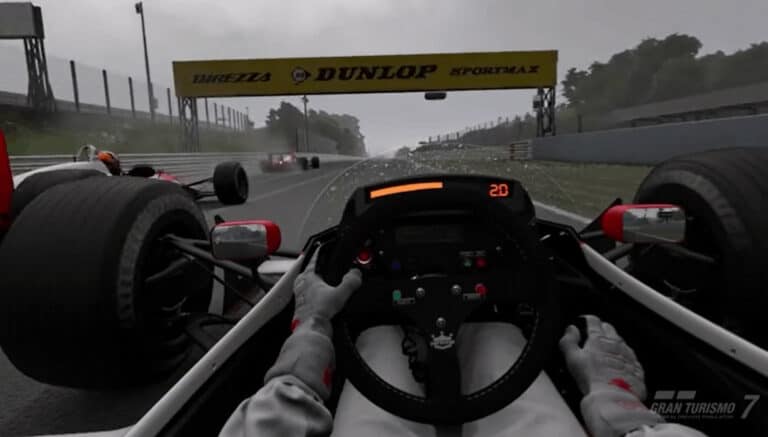 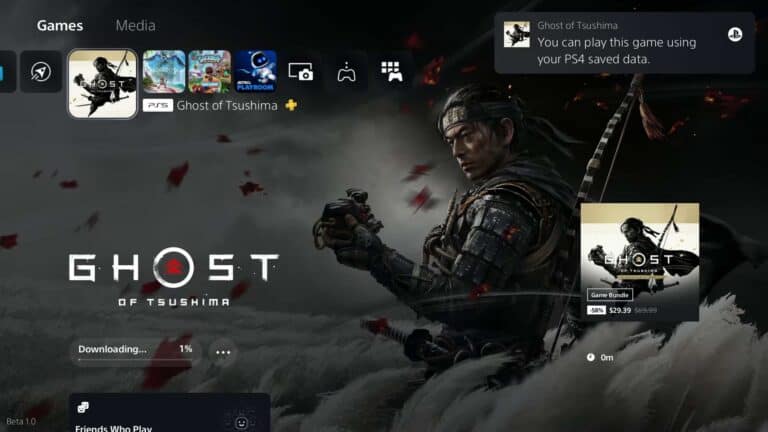 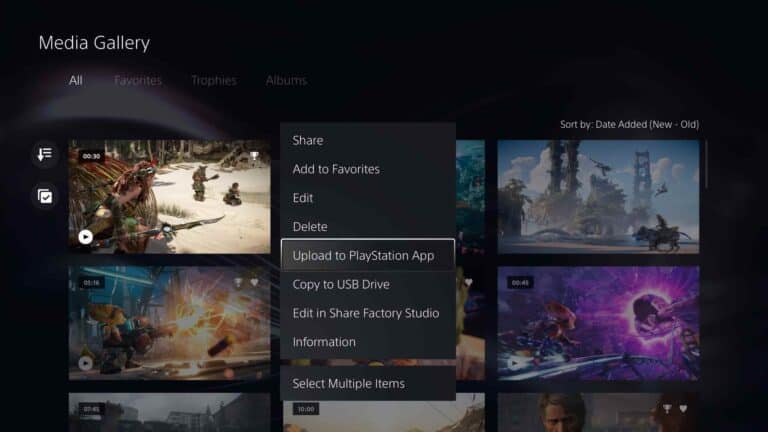 How to manually upload Game Captures to PS App on PS5 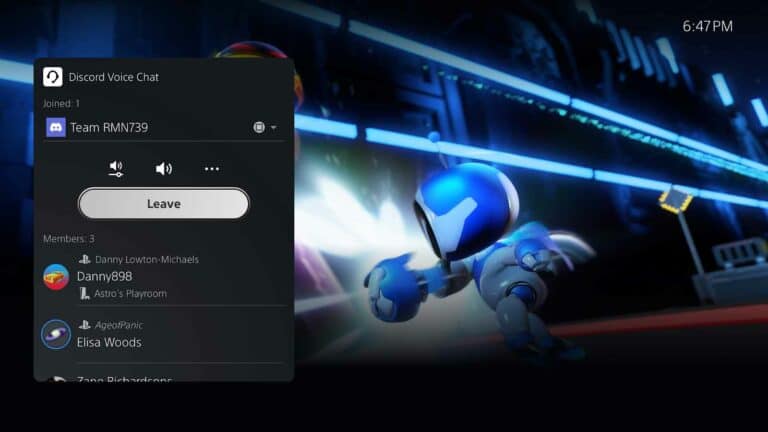 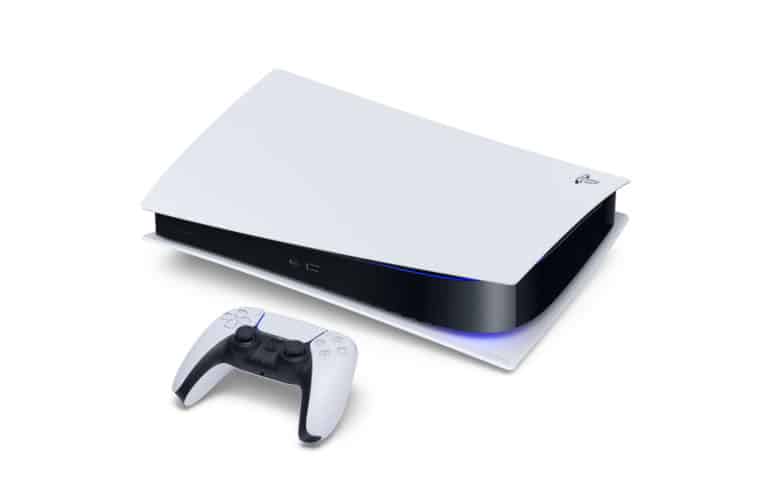