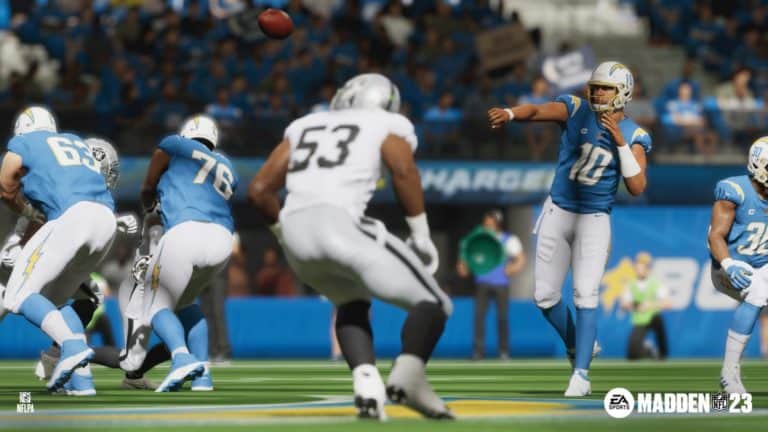 For those of you that pre-ordered the ‘All Madden Edition’ of Madden 23, the ‘3-Day Early Access’ trial is well under way for you to check out the game in full as the official launch date draws nearer. With so much to try out and explore, this week will provide fans with the opportunity to delve into the latest game that this franchise has to offer.

Though some fans might be more attracted to Madden Ultimate Team, Madden 23’s franchise mode offers a complementary change of pace that allows gamers to experience what it’s like to manage a team that’s constantly changing from season to season. Whether it’s your offense or defense, franchise mode allows you to take on full control, granting you the opportunity to decide for yourself on how your team shapes into as each season is completed.

When it comes to managing a team, you’ll see that certain positions have a greater value and impact, leading many to prioritize some over others. Offensively, the quarterback position continues to be the most important role that teams always look to maximize and solidify, considering they are in charge of running an offense.

In Madden 23, having a strong quarterback will make all the difference with how one fares with their offense. And if fans are looking to use the best the game has to offer, they should look no further than the Top 5 quarterbacks.

With that said, let’s jump right in and take a look at what led Madden 23 to determine their Top 5 selection.

NOW READ: Here’s everything you need to know regarding Madden 23’s launch week.

Even though the Tampa Bay Buccaneers ended up falling short to last season’s Super Bowl Winners, in the Los Angeles Rams, quarterback Tom Brady continuously illustrated throughout the regular season and playoffs just how special he still is at age 45.

After an incredible showing last season, where he secured career highs in completions (485) and yards (5,316) while tallying his second-highest, single season touchdown passes record (43), Brady earned this rating fair and square, illustrating how dominant he’s proven to be as he’s grown with age.

Similar to that of Brady, Rodgers has gotten better and better with age. Winning the MVP award in back-to-back seasons while being selected to his third and fourth First Team All-Pro selections, Rodgers has truly defied the odds over these last two seasons and stamped his spot in the Hall of Fame in the process.

Following a 2020 campaign where he completed a career high 70% of his passes for 4,299 yards and 48 touchdowns (another career high), Rodgers numbers dipped a little bit last season but not by much. In 16 games played, Rodgers threw for 4,115 yards and 37 touchdowns, to go along with a completion percentage of 68.9. Over these last two seasons alone, Rodgers has conceded nine interceptions to his 85 touchdown passes, illustrating that he rarely turns the ball over.

Nevertheless, the overall rating does match the MVP Winner pretty accurately and expect to experience that in full when you try him out in Madden 23.

From all of the Top 5 quarterbacks, this could have been the biggest snub. You might have seen me talk about this about in a previous article, but Mahomes did deserve a better rating in this latest edition of Madden and had himself a very strong season to back it up.

Although he hasn’t been able to replicate that 2018-19 performance where he had 50 touchdown passes and 5,000+ passing yards, Mahomes is still as elite as they come, illustrating that firsthand with 4,839 passing yards to go with 37 touchdowns over the 2021-22 campaign. He also matched his career high in completion percentage (66.3) and was named to the Pro Bowl as well.

All of these ratings are suitable for the most part. But one area that Madden did tarnish a bit with Mahomes was his athleticism, particularly his speed (84). Mahomes is much faster than that, and his agility (88), should be a 90.

Josh Allen has risen into quite the superstar over these last three seasons. What he’s been able to do not only with his passing but also with his legs, has been quite remarkable to behold and in Madden 23 you’ll get to experience what that’s like.

After coming off quite the historic output in 2020-21, where he threw for 4,544 yards and 37 touchdowns, Allen followed it up with nearly a better one in 2021-22. In 17 games played, Allen posted 4,407 yards and 36 touchdown passes to go with 763 rushing yards (a career high) and 6 rushing touchdowns. Besides coming up short to the Kansas City Chiefs in back-to-back playoff trips, Allen has truly shown how gifted he is over these last two years and has so much left to prove at age 26.

The final 90 overall quarterback and Top 5 selection is that of Cincinnati Bengal, Joe Burrow. After a torn ACL and MCL injury led him to miss the last six games of his rookie campaign, Burrow came back with a point to prove in 2021-22 and delivered a big season.

In 16 games played, he completed 70.4% of his passes for a total of 4,611 yards and 34 touchdowns. Over all four games in the playoffs, Burrow would maintain his excellence, but fell short of leading the Bengals to victory in the Super Bowl against the Los Angeles Rams. 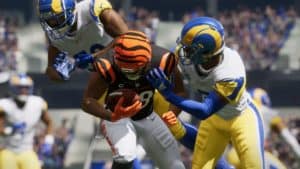 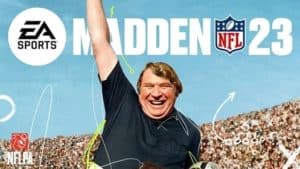