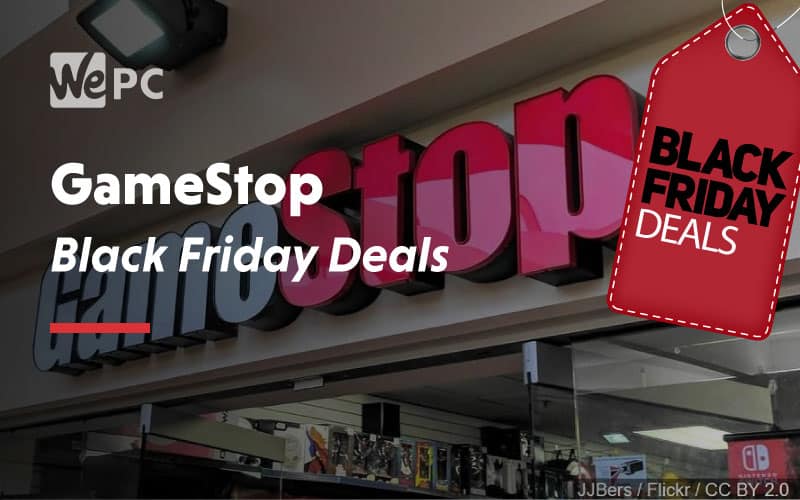 Black Friday has arrived! The day when millions of people poach bargains and reap the rewards of a growing annual sales event. As you could probably guess from the name, Gamestop is your online shop for games and we are going to be bringing you the best Gamestop Black Friday deals. The retailer sells for all platforms including PC, Xbox, Playstation, and Nintendo, as well as collectibles from your favorite franchises.

Gamestop will be offering discounts over Black Friday to Cyber Monday and who doesn’t love a good game deal? We are going to be sniffing out the very best deals so you don’t have to.

If you are looking for new games to add to your collection or maybe snatching a gift for someone at a discounted price, Black Friday is the day for you. With deals across all platforms, Gamestop is going to be busy. With this in mind, you may want to bookmark this page in preparation for November 29th, 2019.

This article is going to provide you with the very best deals we can find. We will be splitting the various game deals into the different platforms they can be played on with a top deals page at the top to help you further.

As soon as the deals start hitting the digital shelves we are going to be filling this page. We will split the deals into different sections so you can find exactly what you want, quick time.

Last year we saw some excellent deals come from GameStop, with discounts on everything from games to VR bundles. Let’s have a look at some of the better deals from 2018.

We can expect similar deals this year and of course discounts on a lot of game titles.

This section will feature the best deals we can find on Gamestop when Black Friday arrives. It will include some of the great bundle deals they tend to offer too.

Here we will have the best Xbox games and accessories deals from Gamestop, From new games to console deals, we’ve got you covered.

As Gamestop caters for all platforms we will also have the best PlayStation deals on this list too. So for great game and console deals this Black Friday, look no further.

You cant have the best Gamestop Black Friday deals without including Nintendo Switch. This fairly new console will be sure to have its share of great deals when the time arrives.

Gamestop offers a wide selection of PC games, so we can definitely expect some PC offers when Black Friday arrives. They don’t have many PC gaming accessories but that isn’t to say there won’t be any deals for those too.

We aim to make finding the best Gamestop Black Friday deals this year a lot easier with this article. Make sure you bookmark this page so when the sales event finally arrives you are ready to take advantage and add to that games collection.

Sign Up For The Latest Black Friday Deals As They Happen