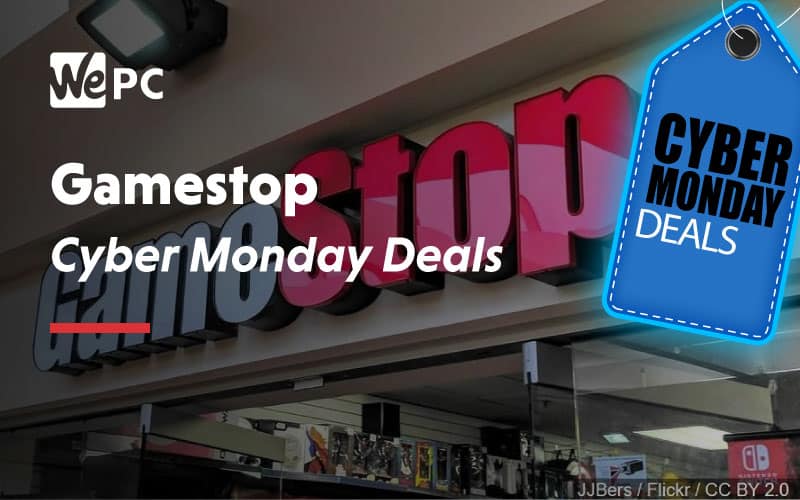 Black Friday is over but that doesn't mean the deals have to stop! That's right, we will be bringing you the best Gamestop Cyber Monday deals of 2019. Gamestop is an online shop for games on all platforms, such as PC, Xbox, PlayStation, and Nintendo.

Gamestop already featured deals over Black Friday and we expect more of the same. You can't beat a cheap game, can you?

Looking for new games to add to the collection? Or maybe you are upgrading the console? Whatever you are after, Cyber Monday 2019 deals is the time to grab one! We are going to be bringing Gamestop's best deals all to one place... right here! So bookmark this page and don't miss a beat this Cyber Monday 2019.

This article will feature the very best deals for each platform all separated out ready to jump into your basket. So stop missing out and keep your eyes out for our top Gamestop deals.

AS soon as the Cyber Monday deals go live we will be updating this page with the best we find. We are going to divide those deals up so you can find exactly what you want in quick fashion.

Last year we saw some excellent deals come from GameStop, with discounts on everything from games to VR bundles. Let's have a look at some of the better deals from Cyber Monday 2018.

We can expect similar deals this year and of course discounts on a lot of game titles.

This section will include the deals you simply cannot miss that we find on Gamestop this Cyber Monday 2019.

Here we will have the best Xbox games and accessories deals from Gamestop, From new games to console deals, we've got you covered.

As Gamestop caters for all platforms we will also have the best PlayStation deals on this list too. So for huge discounts on consoles and games this Cyber Monday, watch this space.

What good would the best Cyber Monday Gamestop deals be without Nintendo? There are going to be savings on everything and Nintendo will get some great deals too!

Gamestop offers a wide selection of PC games, so we can definitely expect some PC offers when cyber Monday finally gets here. They don't have many PC gaming accessories but that isn't to say there won't be any deals for those too.

We are going to be bringing you the best Cyber Monday Gamestop deals available this 2019, all in one place! So get ready for some gamer savings and bookmark this page so you don't miss a deal.

Sign Up For The Latest Black Friday Deals As They Happen