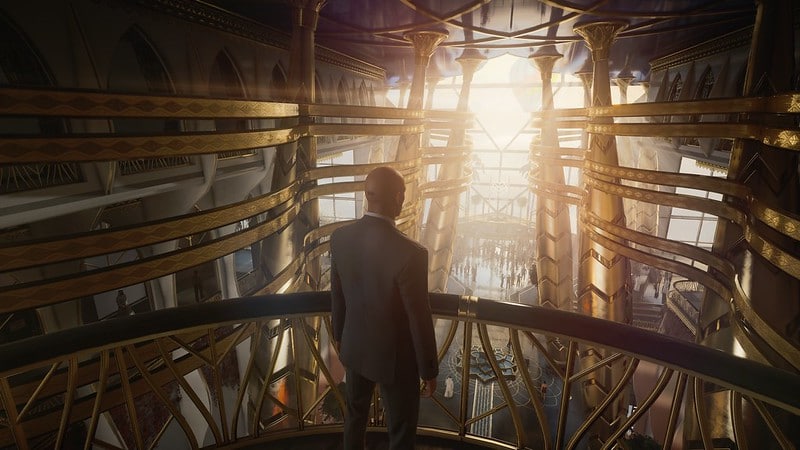 Developer IO Interactive has announced that its monthly Hitman streams are set to return, with a focus on the upcoming Hitman 3. Check out the first stream highlighting Hitman 3 over on the IO Interactive Twitch channel.

During yesterday’s IO Monthly live stream, IO Interactive revealed that six new locations will feature in Hitman 3 at launch. The first is none other than Dubai. The game will see players start ‘at the top of the world’ in an overt reference to the world’s tallest building, the Burj Khalifa. Agent 47 will even be able to scale the towering skyscrapers 828 meters to reach the top.

Overall, Hitman 3 is returning to a ‘more mature, serious, darker’ tone. While Hitman’s signature humor will remain, IO aims to add a bit of gravity to the business of assassinating targets in creative ways.

In practice, IO says the narrative will evolve within the levels themselves rather than through inter-mission cutscenes. IO has assured fans that ‘sandbox is king,’ which should reassure anyone worried that Hitman 3 will double down on narrative beats at the cost of replayability. The cut scenes will also return to the format seen in Hitman with fully animated dynamic CGI rather than the voiced-over stills from Hitman 2.

As previously reported, players can access both previous titles in the current ‘World of Assassination’ Hitman trilogy with Hitman 3 acting as the client. Progress, outfits, weapons, and all unlocked maps will carry over to Hitman 3.

Another big announcement from the stream is that IO Interactive will be self-publishing Hitman 3 after jumping between Square Enix and Warner Bros. Interactive for the two most recent entries in the series.

IO also promised ‘constant ‘releases and information drops’ in successive IO Monthly broadcasts up to the release of Hitman 3 in January 2021.

Hitman 3 was first announced earlier this month during Sony’s PlayStation 5 showcase in the form of a mood-setting cinematic trailer. In an accompanying PlayStation Blog post, IO’s Travis Barbour explained that Hitman 3 will wrap up Agent 47’s saga.

“Hitman 3 is the dramatic conclusion to the World of Assassination trilogy and will put you back into the shoes (and stylish suit) of Agent 47, a ruthless professional assassin who must take on the most important contracts of his career. The stakes are high, and when all is said and done, Agent 47 and the world around him will never be the same again.”

Hitman 3 will introduce a slew of meticulously crafted ‘exotic and luxurious locations’ teeming with the creative assassination opportunities that have become a hallmark of the franchise.

“As long-time Hitman fans will know, our games and locations are always built with unparalleled player choice and replayability in mind. Hitman 3 is no different. In fact, our next game encourages players to explore and interact with the game world in new ways that will reward them in future playthroughs. We want the game to be tactile and we want players to feel that their actions have an impact on what is going on around them and their future playthroughs.”

IO says that players can carry over locations and progression from Hitman 2 to Hitman 3, meaning that the entire modern Hitman trilogy will be playable in Hitman 3.

The return of ‘IOI Monthly’ suggests IO will treat fans to a monthly dose of Hitman 3 goodness each month as we approach the planned release of the game in January 2021. As it stands, IO plans to launch Hitman 3 on PC, PlayStation 4, PlayStation 5, Xbox One, and Xbox Series X.